Charles Williams (8 May 1893 – 7 September 1978) was a British composer and conductor, contributing music to over 50 films. While his career ran from 1934 through 1968, much of his work came to the big screen as stock music and was therefore uncredited.

Williams was born in London as Isaac Cozerbreit in 1893. [1] He began his career as a freelance violinist in theatres, cinemas and symphony orchestras and later studied composition with Norman O'Neill at the Royal Academy of Music. In 1933, he went to Gaumont British Films as composer and stayed there until 1939. He composed for many British films and radio shows and after the end of World War II, he became the conductor of the new Queen's Hall Light Orchestra. Later, he formed his own Concert Orchestra.

He composed many orchestral pieces and marches for his ensembles, which were recorded in the "Mood Music" category of light music and during the 1950s became familiar as film and television signature themes, often in his own recordings:

He also composed the popular piano concerto pastiche, The Dream of Olwen, for the film While I Live . 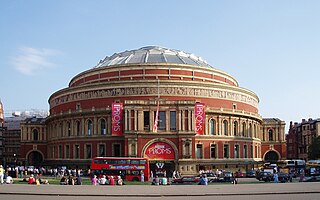 The Proms or BBC Proms, formally named the Henry Wood Promenade Concerts Presented by the BBC, is an eight-week summer season of daily orchestral classical music concerts and other events held annually, predominantly in the Royal Albert Hall in central London. The Proms were founded in 1895, and are now organised and broadcast by the BBC. Each season consists of concerts in the Royal Albert Hall, chamber music concerts at Cadogan Hall, additional Proms in the Park events across the UK on the Last Night of the Proms, and associated educational and children's events. The season is a significant event in British culture and in classical music. Czech conductor Jiří Bělohlávek described the Proms as "the world's largest and most democratic musical festival". 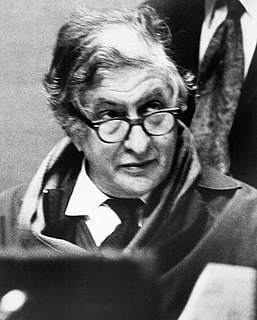 Bernard Herrmann was an American composer and conductor best known for his work in composing for films. As a conductor, he championed the music of lesser-known composers. He is widely regarded as one of the greatest film composers.

Angela Morley was an English composer and conductor who, as Wally Stott, became a familiar household name to BBC Radio listeners in the 1950s. She attributed her entry into composing and arranging largely to the influence and encouragement of the Canadian light music composer Robert Farnon. Morley transitioned in 1972 and thereafter lived openly as a transgender woman. Later in life, she lived in Scottsdale, Arizona. 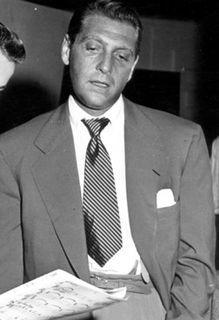 David Daniel Rose was an American songwriter, composer, arranger, pianist, and orchestra leader. His best known compositions were "The Stripper", "Holiday for Strings", and "Calypso Melody". He also wrote music for many television series, including It's a Great Life, The Tony Martin Show, Little House on the Prairie, Highway to Heaven, Bonanza, Leave it to Beaver, and Highway Patrol, some under the pseudonym Ray Llewellyn. Rose's work as a composer for television programs earned him four Emmys. In addition, he was musical director for The Red Skelton Show during its 21-year run on the CBS and NBC networks. He was a member of Phi Mu Alpha Sinfonia, the national fraternity for men in music. 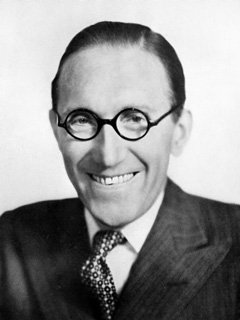 Arthur Bowden Askey, was an English comedian and actor. Known for his short stature and distinctive horn-rimmed glasses, Askey's playful humour incorporated improvisation and catchphrases including "Hello playmates!", "I thank you" and "Before your very eyes".

Stanley Myers was an English composer and conductor, who scored over sixty films and television series, working closely with filmmakers Nicolas Roeg, Jerzy Skolimowski and Volker Schlöndorff. He is best known for his guitar piece "Cavatina", composed for the 1970 film The Walking Stick and later used as the theme for The Deer Hunter. He was nominated for a BAFTA Award for Best Film Music for Wish You Were Here (1987), and was an early collaborator with and mentor of Hans Zimmer.

Syd Dale was an English self-taught composer and arranger of funk, easy listening and library music. His music played an important role on TV, radio and advertising media of the 1960s and 1970s and is still used. 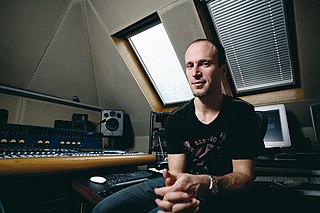 Murray Jonathan Gold is an English composer for stage, film, and television and a dramatist for both theatre and radio. He is best known as the musical director and composer of the music for Doctor Who from 2005, until he stepped down in 2018 after the tenth series aired in 2017. He has been nominated for five BAFTAs.

Henry Robert Hall, CBE was an English bandleader who performed regularly on BBC Radio during the British dance band era of the 1920s and 1930s, through to the 1960s.

Edward George White was a British composer of light music, whose compositions including "The Runaway Rocking-Horse" (1946), "Paris Interlude" (1952), "Puffin' Billy" (1952) and the signature tune for The Telegoons (1963), became familiar as radio and television theme tunes.

Roger Roger was a French composer of light orchestral music and film scores, as well as a conductor and bandleader. His aliases included Eric Swan and Cecil Leuter, the last being a pseudonym he used for his electronic music productions, of which he was somewhat of a pioneer. He is best known for his intricately composed and arranged orchestral contributions to commercial production music during the 1950s and 1960s, many of which have more recently achieved wider recognition. He helped revive the musical exotica genre with his album Jungle Obsession in 1971.

Clarence E. Wheeler was an American musician and composer. He created the music for many of Woody Woodpecker series cartoons under Walter Lantz Productions along with films in the 1950s.

Philip Green, sometimes credited as Harry Philip Green or Phil Green, was a British film and television composer and conductor, and also a pianist and accordion player. He made his name in the 1930s playing in and conducting dance bands, performed with leading classical musicians, went on to score up to 150 films, wrote radio and television theme tunes and library music, and finally turned to church music at the end of his life in Ireland, a song from which proved so popular that it reached No 3 in the Irish charts in 1973.

Hyam 'Bumps' Greenbaum was an English conductor, violinist and composer who in 1936 became the world's first conductor of a television orchestra. He was friendly with many of his English music contemporaries, including Constant Lambert, Alan Rawsthorne, and William Walton and often helped them with technical advice on orchestration. His brother Bernard (1917-1993) was an artist and his sister was the pianist and composer Kyla Greenbaum (1922-2017).