Lin made major contributions to the theory of hydrodynamic stability, turbulent flow, mathematics, and astrophysics.

Lin was born in Beijing with ancestral roots in Fuzhou. In 1937 Lin graduated from the department of physics, National Tsinghua University in Beijing.

After graduation he was a teaching assistant in the Tsinghua University physics department. In 1939 Lin won a Boxer Indemnity Scholarship and was initially supported to study in the United Kingdom. However, due to World War II, Lin and several others were sent to North America by ship. Unluckily, Lin's ship was stopped in Kobe, Japan, and all students had to return to China.

In 1940, Lin finally reached Canada and studied at the University of Toronto from which he earned his M.Sc. In 1941.[ citation needed ] Lin continued his studies in the United States and received his PhD from the California Institute of Technology in 1944 under Theodore von Kármán. His PhD thesis provided a analytic method to solve a problem in the stability of parallel shearing flows, which was the subject of Werner Heisenberg's PhD thesis. [3]

Lin also taught at Caltech between 1943 and 1945. He taught at Brown University between 1945 and 1947. Lin joined the faculty of the Massachusetts Institute of Technology in 1947. Lin was promoted to professor at MIT in 1953 and became an Institute Professor of MIT in 1963. He was President of the Society for Industrial and Applied Mathematics from 1972 to 1974. [4] Lin retired from MIT in 1987.

In 2002, he moved back to China and helped found the Zhou Pei-Yuan Center for Applied Mathematics (ZCAM) at Tsinghua University. He died in Beijing in 2013, aged 96.

During his career Lin has received many prizes and awards, including: 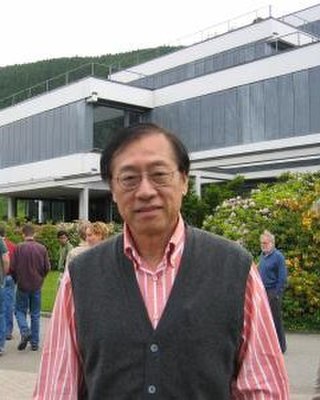 Qian Xuesen, or Hsue-Shen Tsien, was a Chinese mathematician, cyberneticist, aerospace engineer, and physicist who made significant contributions to the field of aerodynamics and established engineering cybernetics. Recruited from MIT, he joined Theodore von Kármán's group at Caltech. During WWII, he was involved in the Manhattan Project, which ultimately led to the successful development of the first atomic bomb in America. Later on, under the pressure of deportation for suspicions of association with communists by the Ku Klux Klan, he would eventually return to Mainland China, where he would make important contributions to China's missile and space program.

The Research Science Institute (RSI) is an international summer research program for high school students. RSI is sponsored by the Center for Excellence in Education (CEE) and hosted by MIT in Cambridge, Massachusetts. RSI brings together the top STEM talent from around the world for the opportunity to conduct original scientific research, cost-free, for six weeks during the summer, before their final year of high school.

The Timoshenko Medal is an award given annually by the American Society of Mechanical Engineers (ASME) to an individual "in recognition of distinguished contributions to the field of applied mechanics."

Beijing No. 8 High School is a public beacon secondary school located in Xicheng District, Beijing, People's Republic of China. The school has been one of the best secondary schools in Beijing for nearly a century. It was accredited as "Municipal Model High School" by the Beijing Municipal Commission of Education. It is a model school for Scientific and Technological Practice, a member of the Association of Youth Technology Education, a National Established School of Sports in Beijing, a Member School of the Chinese Radio Sports Association and a member of the Jinfan Orchestra. As the Olympics approached, the school improved its stadiums and was chosen as the training place for trampoline and swimming athletes, the only school to undertake two missions at the same time. The school's stadiums are now available to the public, including a standard soccer field, a 400-meter runway, an underground running training center, a swimming pool and several standard basketball fields. In recent years, there are about 40 graduates every year admitted to Peking University and Tsinghua University. This number accounts for nearly one-fifth of graduates each year.

Yu-Chi "Larry" Ho is a Chinese-American mathematician, control theorist, and a professor at the School of Engineering and Applied Sciences, Harvard University.

Hsue-Chu Tsien, COL, was a Chinese-born American aeronautic and mechanical engineer who played important roles in aircraft building in both China and afterward the United States. Note - there are many factual errors in this page. Please refer to the biography posted by Roger Y Tsien

Professor J. S. Chiao, born Jui-Sheng Jiao, was a microbiologist from the Shanghai Institute of Plant Physiology and Ecology of the Chinese Academy of Sciences, and a member of the American Society for Microbiology. Professor Chiao spent 60 years in microbiology research, and was one of the world's leading scientists on its application to the field of biotechnology.

Xihong Lin is a Chinese-American statistician known for her contributions to mixed models, nonparametric and semiparametric regression, and statistical genetics and genomics. As of 2015, she is the Henry Pickering Walcott Professor and Chair of the Department of Biostatistics at Harvard T.H. Chan School of Public Health and Coordinating Director of the Program in Quantitative Genomics.

Chia-Kun (John) Chu is a Chinese-American applied mathematician who is the Fu Foundation Professor Emeritus of Applied Mathematics at Columbia University. He has been on Columbia faculty since 1965 and served as the department chairman of applied physics and nuclear engineering three times. 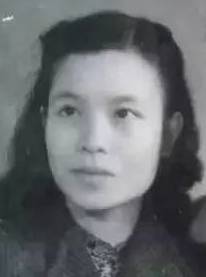 Li Minhua, also known as Minghua Lee Wu, was a Chinese aerospace engineer and physicist who was an expert in solid mechanics. The first woman to earn a PhD in mechanical engineering from the Massachusetts Institute of Technology, she was one of the founding scientists at the Institute of Mechanics of the Chinese Academy of Sciences (CAS), and was elected as an academician in 1980. Her husband Wu Zhonghua was also an accomplished physicist and CAS academician.

Xu Lizhi, better known as Leetsch Charles Hsu, was a Chinese mathematician and educator. He co-founded the Department of Mathematics of Jilin University and founded the Institute of Applied Mathematics and the Journal of Mathematical Research with Applications at the Dalian University of Technology. Together with American mathematician Henry W. Gould, he established the Gould–Hsu Matrix Inversion Formula in 1973.

Zheng Quanshui is a Chinese scientist currently serving as a professor and doctoral supervisor at Tsinghua University.

Michael Ortiz is an American scientist and researcher in the fields of structural, continuum and computational mechanics and is a Frank and Ora Lee Marble Professor of Aeronautics and Mechanical Engineering at California Institute of Technology. Prior to his arrival at Caltech in 1995, he was Professor of Engineering at Brown University.