Currently, Chiba University consists of nine faculties, the university library, the university hospital and other educational and research facilities. With 11,179 students in the undergraduate program, it has long been one of the largest universities in Japan. As for the graduate school, there are about 2,354 students in ten master's programs and 1,220 in nine doctoral programs.

The Faculty of Letters offers courses in the fields of national and international languages, literature, history, psychology, anthropology, and in the relatively new fields of cross-cultural studies, information science and theoretical linguistics.

The Faculty of Education dates back to the year 1872, the year of the establishment of the modern educational system in Japan, and has the longest history in this university.

The Faculty of Law, Politics and Economics is unique among Chiba University faculties in that it conducts research and education in social sciences. The Faculty consists of four Majors: Major in Law, Economics, Management and Accounting, Politics and Policy Studies. Students enrolled in one Major will take courses offered in other majors to develop comprehensive and interdisciplinary understandings of various social phenomena at hand. [3]

The Faculty of Science comprises five departments and in active in both education and research. It offers a diversity of programs ranging from introductory courses for absolute beginners, via multi-disciplinary subjects, to pioneering sciences and their applications for more advanced learners. The Faculty helps students become all-round scientists, experts and/or assets to the industry and communities.

The history of Chiba University School of Medicine can be traced back as early as 1874, when its predecessor was founded as a private hospital by donations from the local community. In 1876 it became a prefectural institution with medical teaching facilities and was named the Chiba Public Hospital. In 1923 it became the Chiba Medical College, and was incorporated into the School of Medicine at Chiba University in 1949. Alumni from this school have contributed greatly to the progress of medicine in Japan.

The School of Nursing offers a program leading to the Bachelor of Science in Nursing. The School also offers an RN-BSN option for registered nurses with an associate degree or diploma in nursing. Upon successful completion of the required courses, graduates are qualified to take the national licensure examinations for nurses, public health nurses, and/or midwives.

The Faculty of Engineering consists of ten departments: Departments of Architecture, Urban Environment Systems, Design, Mechanical Engineering, Medical System Engineering, Electrical and Electronic Engineering, Nanoscience, Applied Chemistry and Biotechnology, Image Science, and Informatics and Imaging Systems. Most of the academic staff in the Faculty are also fully responsible for research and education within the two-year Master's and the three-year Doctoral Programs in the Graduate School of Engineering.

Graduate School of Horticulture, located on top of a scenic hill in Matsudo City, has had major academic and international contributions in horticulture and landscape science since it was founded in 1909. It is the only faculty / graduate school known by the name of horticulture among Japanese universities.

The Graduate School of Horticulture offers education and research encompassing all aspects of “Horticulture, Food and Landscape” with interdisciplinary and international perspectives. With this aim, The Graduate School of Horticulture's teaching and research programs consists not only of natural sciences but also of social sciences and humanities, such as: cultivation, plant breeding, biotechnology of bio-resources, landscape design and engineering, human health and welfare, environmental science for sustainable cities and nature conservation, food system studies, and environmental and development economics.

The research fields of the Graduate School of Horticulture are as follows: 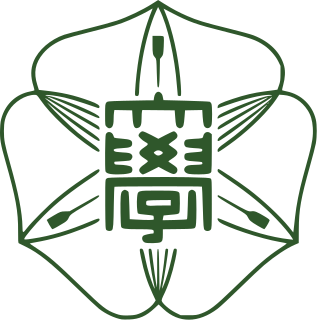 Hokkaido University, or Hokudai (北大), is a Japanese national university in Sapporo, Hokkaido. It was the fifth Imperial University in Japan, which were established to be the nation's finest institutes of higher education or research, and was selected as a Top Type university of the Top Global University Project by the Japanese government. The main campus is located in downtown Sapporo, just north of Sapporo Station, and stretches approximately 2.4 kilometers northward. It is considered one of the top universities in Japan. 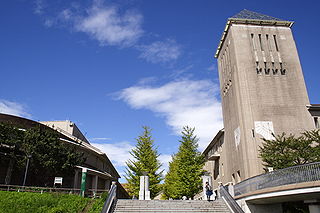 The Catholic University of Korea is a private Roman Catholic institution of higher education in South Korea. It was established in 1855. The Catholic University of Korea operates campuses in Seoul and in the neighboring Bucheon City. The university's medical school, considered as one of the most prestigious in South Korea, has eight affiliated hospitals in major cities of the country.

University of Khartoum is a multi-campus, co-educational, public university located in Khartoum. It is the largest and oldest university in Sudan. UofK was founded as Gordon Memorial College in 1902 and established in 1956 when Sudan gained independence. Since that date, the University of Khartoum has been recognized as a top university and a high-ranked academic institution in Sudan and Africa.

Tokyo Medical and Dental University is part of Japan's national university system. TMDU is one of top 9 Designated National University and selected as a Top Type university of Top Global University Project by the Japanese government.

The University of British Columbia (UBC) is a Canadian public research university with campuses in Vancouver and Kelowna, British Columbia. The following is a list of faculties and schools at UBC. 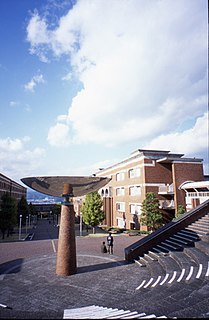 The University of Shizuoka, is a public university in Shizuoka, Japan.

Soka University, abbreviated as Sodai (創大) is a private university in Hachiōji, Tokyo, Japan. In 2014, the Japanese Ministry of Education, Culture, Sports, Science and Technology (MEXT) designated Soka University as one of Japan's Top Global Universities. The university has 8 faculties with a total of around 8,000 students, 400 of whom are international students. 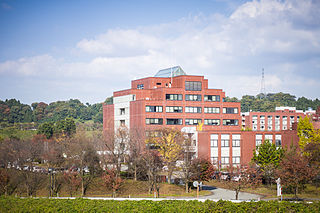 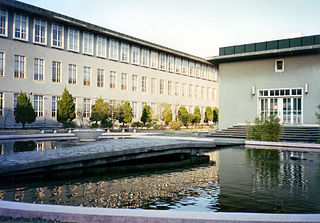 Yokohama City University (YCU) is a public university, in Yokohama, Japan. As of 2013, YCU has two faculties with a total of around 4,850 students, 111 of whom are foreign. YCU also has four campuses and two hospitals. YCU is a member of the Port-City University League (PUL), and a core member of the Japanese University Network in the Bay Area (JUNBA). In 2017, YCU has been ranked #16th among "world's best small universities" in 2016-2017, ranked at 23rd among life sciences institutes in Japan. 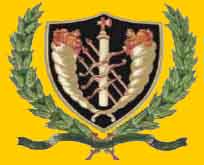