Last updated April 06, 2020
For other articles on opera in Chicago, see List of Opera Houses in Chicago.

The Chicago Opera Company was a grand opera company in Chicago, organized from the remaining assets of the bankrupt Chicago City Opera Company, that produced six seasons of opera at the Civic Opera House from 1940 to 1946 (excluding 1943). Artistic directors included Carlo Peroni (1941–1942) and Fausto Cleva (1944–1946), and until 1945 Fortune Gallo was general manager. After the war, when consumer goods became more abundant and people spent less money on entertainment, interest in opera collapsed and the company went bankrupt. Rather than try to re-organize, the remaining assets were given to the largest creditor, the landlord of the Civic Opera House, Household Finance, who then paid off the other remaining creditors. After the final collapse of an opera company that had been re-organized five times, there was no resident Chicago opera company until the founding of the Lyric Opera in 1954. One of the original group of organizers was Max Rabinoff.

Anna Moffo was an American opera singer, television personality, and actress. One of the leading lyric-coloratura sopranos of her generation, she possessed a warm and radiant voice of considerable range and agility. Noted for her physical beauty, she was nicknamed "La Bellissima".

Insolvency is the state of being unable to pay the money owed, by a person or company, on time; those in a state of insolvency are said to be insolvent. There are two forms: cash-flow insolvency and balance-sheet insolvency. 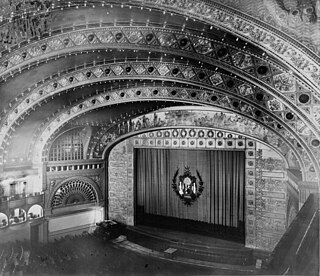 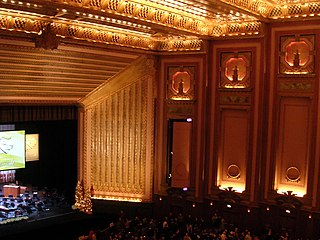 The Civic Opera House, also called Lyric Opera House is an opera house located at 20 North Wacker Drive in Chicago. The Civic's main performance space, named for Ardis Krainik, seats 3,563, making it the second-largest opera auditorium in North America, after the Metropolitan Opera House. Built for the Chicago Civic Opera, today it is the permanent home of the Lyric Opera of Chicago. It is part of a complex with a 45-story office tower and two 22-story wings, known as the Civic Opera Building that opened November 4, 1929 and features Art Deco details.

Mobile Opera is an opera company located in Mobile, Alabama and is one of the oldest performing arts organizations in the United States, as well as the oldest in the State of Alabama, having been founded as the "Mobile Opera Guild" in 1945. Under its founder, Madame Rose Palmai-Tenser, a European concert artist from Czechoslovakia, two performances were presented in April 1946. As its General Director, Mrs. Tenser continued to lead the company until 1971.

The San Carlo Opera Company was the name of two different opera companies active in the United States during the first half of the twentieth century. 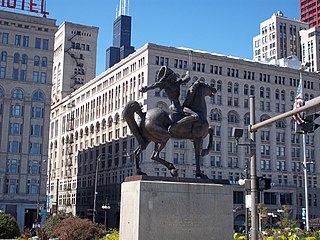 Two grand opera companies in Chicago, Illinois, have gone by the name Chicago Grand Opera Company during the first half of the 20th century. Like many opera ventures in Chicago, both succumbed to financial difficulties within a few years, and it wasn't until 1954 that a lasting company was formed in the city.

The Chicago City Opera Company was a grand opera company in Chicago, organized from the remaining assets of the bankrupt Chicago Grand Opera Company, that produced four seasons of opera at the Civic Opera House from 1935 to 1939 before it too succumbed to financial difficulties. It was succeeded by the Chicago Opera Company. 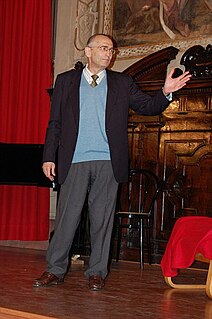 Giuliano Ciannella was an Italian operatic tenor who had a major international career from the mid-1970s through the late 1990s. He was notably a regular performer at the Metropolitan Opera in New York City from 1979 through 1986, the Lyric Opera of Chicago between 1982 and 1988, and at the Vienna State Opera from 1985 up until the end of his career. Ciannella mostly performed roles from the Italian repertory, particularly excelling in the operas of Giuseppe Verdi and Giacomo Puccini.

Anna Fitziu was an American soprano who had a prolific international opera career during the early part of the 20th century. Her signature roles included Fiora in L'amore dei tre re, Mimi in La Boheme, Nedda in Pagliacci, and the title roles in Isabeau, Madama Butterfly, and Tosca. After her singing career ended, she embarked on a second career as a voice teacher. Among her notable pupils was opera singer Shirley Verrett. 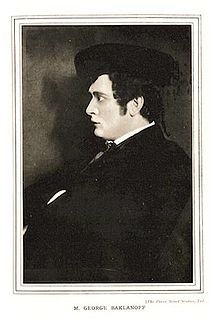 Georgy Andreyevich Baklanoff, known as Georges Baklanoff was a Russian operatic baritone who had an active international career from 1903 until his death in 1938. Possessing a powerful and flexible voice, he sang roles from a wide variety of musical periods and in many languages. He was also highly praised by audience and critics for his acting abilities. 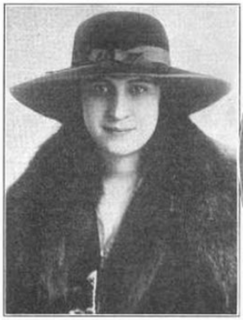 Myrna Docia Sharlow was an American soprano who had an active performance career in operas and concerts during the 1910s through the 1930s. She began her career in 1912 with the Boston Opera Company and became one of Chicago's more active sopranos from 1915–1920, and again in 1923–1924 and 1926–1927. She sang with several other important American opera companies during her career, including one season at the Metropolitan Opera. She made only a handful of opera appearances in Europe during her career, most notably singing in the English premiere of Riccardo Zandonai's Francesca da Rimini at Covent Garden in 1914. Her repertoire spanned a wide range from leading dramatic soprano roles to lighter lyric soprano fair and comprimario parts. She even performed a few roles traditionally sung by mezzo-sopranos or contraltos.

Giovanni Polese was an Italian operatic baritone who had an active international singing career from 1894-1928. He achieved the height of his success in the United States in the years 1908-1916 in the cities of Boston, Chicago, New York, and Philadelphia, and again from 1926-1928 in Chicago. While he sang a broad repertoire from the French, German, and Italian repertoires, he was most celebrated for his performances in the operas of Giuseppe Verdi. His voice is preserved on more than 20 recordings made by Edison Records.