Jonathan Aguilar Garcia (June 25, 1970 – March 9, 2019), better known by his stage name Chokoleit, [2] was a Filipino comedian, actor, and TV host. He was best known for his role as Pearly Shell in the Philippine television series Marina .

Chokoleit attended Ateneo de Davao University where he received his Bachelor of Arts in Mass Communication. [3] [4]

Chokoleit's showbiz career started in 1994 when he was discovered by movie director/ talent manager Maryo J. de los Reyes. His contemporary was fellow stand-up comedian Gil "Ate Gay" Morales. Not soon after, he became a bit player in the GMA Network sitcom Haybol Rambol, sharing screen time with lead stars Dennis Padilla, Benjie Paras and Nida Blanca. He managed to stay with the sitcom until it was cancelled in 1995. He also became part of the talk show Brunch as comic relief to main hosts Bing Loyzaga and Michelle van Eimeren from 1998-1999 and started to appear in movies also as a bit player, while continuing his work as a stand-up comedian in The Library, Punchline and Laffline.

In 2004, Chokoleit bagged the role of Pearly Shell in the ABS-CBN fantaserye Marina after being recommended by director Wenn Deramas, who became instrumental to his career until the director's untimely death in 2016. From Marina, more TV shows and movies came for Chokoleit. His life story was essayed in the drama anthology Maalaala Mo Kaya and became a talent of the Kapamilya Network's "Star Magic".

Chokoleit died of a heart attack on the evening of March 9, 2019 at the age of 46, shortly after a performance at the Kawayan Festival in Bangued, Abra province. Before his death, he experienced difficulty breathing after his performance and was rushed to a local hospital. [1] [13] His remains were brought to Davao City for the funeral. He was cremated afterwards on March 17. His ashes were interred in Davao Memorial Park. [19]

Bien Co, known by his stage name Pooh, is a Filipino actor, comedian, impersonator, singer and host. He is known for currently starring in the comedy gag show Banana Split. He is also known for impersonating boxer and politician Manny Pacquiao.

Joseph Kollins Reyes, better known by his screen name Thou Reyes, is a Filipino actor and model.

Pilipinas Got Talent (PGT) is a Philippine reality talent competition show on ABS-CBN that began on February 20, 2010. It is based on the Got Talent franchise, a British TV format conceived and owned by Simon Cowell's SYCO company. "Pilipinas" is the Filipino word for Philippines. Anyone can join and showcase their talents in the audition. At the sound of four buzzers from the judges, the auditionees are asked to stop their act. With at least three yes from the judges, they are automatically in the list for Judges Cuts, where judges have to pick only 36 acts that will move to the semi-finals. Acts will compete against each other in order to gain the audience support to win the prize money and the title of Pilipinas Got Talent.

Jose Marie Borja Viceral, popularly known as Vice Ganda, is a Filipino comedian, talk show host, television presenter, actor, and singer. He is a regular host on ABS-CBN's noontime variety show It's Showtime, and has starred in several films, eight of which are considered to be the highest-grossing in Philippine cinema.

Alexander Hidalgo Santos, professionally known as Alex Santos, is a Filipino field reporter who is currently a news anchor for PTV 4, news director for DWIZ, and a former newscaster and television host for ABS-CBN and DZMM. 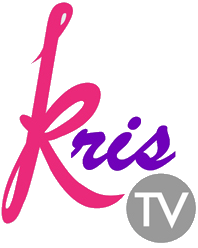 Kris TV was a Philippine morning talk show broadcast by ABS-CBN, hosted by Kris Aquino. The program premiered on June 27, 2011, and aired every weekday mornings from 7:30 AM to 9:00 AM on the network's Umaganda morning block. It also aired worldwide via TFC.

The following is a list of events affecting Philippine television in 2010. Events listed include television show debuts, finales, cancellations, and channel launches, closures and rebrandings, as well as information about controversies and carriage disputes.

Apollo Carreon Quiboloy is a Filipino pastor and church leader of the Philippines-based Restorationist church called the Kingdom of Jesus Christ. He has made claims that he is "The Appointed Son of God" as well as being "The Owner of the Universe".

FPJ's Ang Probinsyano is a 2015 Philippine action drama television series under ABS-CBN Entertainment. Based on the 1997 film of the same name starring Fernando Poe Jr., the series stars a large ensemble cast that is top-billed by Coco Martin. First aired on September 28, 2015, it became the longest-running drama series on Philippine television, with more than 1,400 episodes aired as of 2021. Ang Probinsyano premiered in ABS-CBN where it aired until 2020, when broadcast of the network was halted due to its non-renewal of its franchise. New episodes has since aired in the Kapamilya Channel, a pay network set up by ABS-CBN Corporation with simulcast on the broadcaster's other networks Cine Mo! and Jeepney TV. A2Z and TV5 has also received rights to broadcast Ang Probinsyano through the partnership of the networks' firms with ABS-CBN Corporation. The series is also streamed online via iWantTFC, TFC IPTV and Kapamilya Online Live. It is also aired internationally through The Filipino Channel on cable and satellite.

Walter Mark "Nonong" Ballinan is a Filipino actor and comedian. He was first known as a contestant in It's Showtime'sFunny One and won the second-runner up.

Ricardo Janaban Balarosa, Jr., known professionally as Wacky Kiray, is a Filipino stand-up comedian, host, and actor. He became known in a celebrity talent competition I Can Do That of ABS-CBN and was declared winner as The Greatest Entertainer in 2017. He also became part as one of the Sing-vestigators of the hit Korean game show franchise I Can See Your Voice. 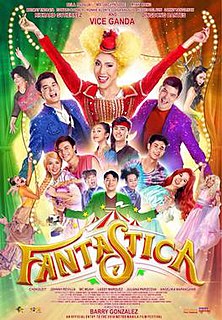 Fantastica is a 2018 Filipino fantasy comedy film directed by Barry Gonzales. It stars an ensemble cast including Vice Ganda, Bela Padilla, Richard Gutierrez, Jaclyn Jose, and Dingdong Dantes. Produced by Star Cinema and Viva Films, the film serves as an official entry to the 2018 Metro Manila Film Festival. The film was released on December 25, 2018. It received mixed reviews from critics, praising the film's special effects but criticizing the lack of character development and some of the comedic scenes. 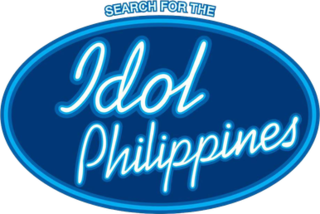