It consists of 25 episodes and was originally broadcast on the TV Asahi network as well as some Fuji TV, Nippon TV and TBS affiliate stations. Sunrise produced the series with the cooperation of Asahi network affiliate Nagoya TV. It was the follow-up series to Ginga Hyōryū Vifam , using many of the same production staff (including Toyoo Ashida as character designer and Kunio Okawara as mecha designer), and was made to purposely be lighter and less serious than its predecessor. The series was a debut role for both Katsuhiko Nakagawa (as Michael) and Yoshino Takamori (as Patti).

According to Jonathan Clements and Helen McCarthy's The Anime Encyclopedia , the series spoofs the classical mecha genre, with the battles between robots serving as "a topic for gag and parody". [1]

The story takes place in a future version of Earth where war has been outlawed and owning weapons is forbidden. A galactic real estate syndicate arrives to carve the planet up into subdivisions. To combat the invasion, a genius inventor, Dr. Kiwi, recruits young Michael Marsh, his girlfriend Patti Pumpkin, and rich classmate Camille Cashmere Jr. as fighters by upgrading the kids' robot helpers (known as Janbu, Patigu and Kamigu respectively) into powerful robot fighters. Michael's robot sidekick Janbu becomes the titular Galatt.

Much of the humor in the series comes from Dr. Kiwi's pedophilia, as he demonstrates an attraction to 13-year-old Patti. This subtext may be part of the reason the show was never sold internationally.

Giant Robo: The Day the Earth Stood Still is a 1992 to 1998 original video animation series based on Mitsuteru Yokoyama's manga series Giant Robo. It was written and directed by Yasuhiro Imagawa. 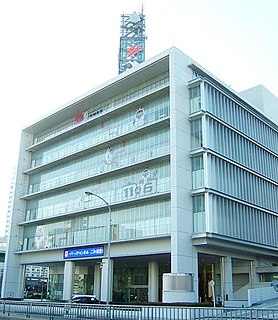 Getter Robo G, also known as Force Five: Starvengers in the United States, is a super robot anime series created by Go Nagai and Ken Ishikawa and produced by Toei Animation. This direct sequel to Getter Robo was broadcast on Fuji TV from May 15, 1975 to March 25, 1976, with a total of 39 episodes. 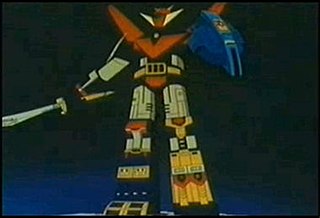 Space Emperor God Sigma is a mecha anime television series aired from 1980 to 1981. It ran for 50 episodes. It is also referred to as "God Sigma, Empire of Space" and "Space Combination God Sigma".

Asaki Takamori, known by the pen names Ikki Kajiwara and Asao Takamori, was a Japanese author, manga writer, and film producer. He is known for the work about sports and martial arts, with images of heroic young men with the occasional fine details as he moves from one topic to another. He considered Tiger Mask and Star of the Giants to be his life's work.

Brave Exkaiser is a Japanese animated television series produced by Sunrise. The series, is directed by Katsuyoshi Yatabe and written by Yasushi Hirano with both character and mecha designs done by Masayuki Hiraoka and Kunio Okawara. It aired on Nagoya TV from February 3, 1990 to January 26, 1991, compiling up to 48 episodes.

Obatarian is a yonkoma manga series by Katsuhiko Hotta which was published by Takeshobo in Manga Life from 1988 through 1998. An anime series was adapted from the manga in 1990 by Sunrise, which aired on TV Asahi. The title Obatarian is a Japanese buzzword from the late 1980s, created as a pun portmanteau of the Japanese word おば and the Japanese title (Battalion/バタリアン) of the 1985 zombie comedy movie The Return of the Living Dead.

Go-wapper 5 Go-dam is a Japanese Mecha anime series produced by Tatsunoko Productions and aired in 1976. There were 36 episodes. It is the second installment to Takara's Magne-Robo Franchise.

Bandai Channel is a distributor and broadcaster of anime by broadband access. It was established on March 1, 2002 by Bandai in coordination with Sunrise, Bandai Visual, and Bandai Networks. Its headquarters is located in Kajicho, Chiyoda, Tokyo.

Balatack is a Japanese mecha anime produced by Toei Animation, marking as the final installment to Takara's Magne-Robo Franchise. It follows the adventures of five teenagers as they fight against an evil alien force using the titular combining mecha, Barattack. The show aired on TV Asahi between 1977 and 1978 on Sundays between 18:00 and 18:25.

Takeyuki Kanda was an anime director for Sunrise who was known for directing Vifam, The Ultraman anime, Kiko Senki Dragonar and the first six episodes of Mobile Suit Gundam: The 08th MS Team. He was also heavily inspired by Nicolas Roeg, Stanley Kubrick and Steven Spielberg on his works. On July 27, 1996 while making his first directed Gundam series, Takeyuki Kanda was reportedly killed in a car crash. Many claimed that he was drunk while driving on his way to his home and many of his animators said he had a drinking problem. Due to his death, he was replaced by Umanosuke Iida for the final episodes of Gundam: The 08th MS Team. The final episode of The 08th MS Team, the movie Miller's Report and the first episode of Ginga Hyōryū Vifam 13 were all dedicated in his loving memory. 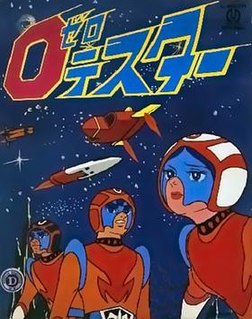