The PDC was established by brothers Joseph Biroli and Jean Ntitendereza shortly before independence after leaving the Union for National Progress (UPRONA). [1] In September 1960 the party joined the Common Front alliance, alongside the Party of the People (PP), the Democratic and Rural Party, the People's Emancipation Party, the Murundi People's Voice and several other smaller parties. [2]

Local elections in November and December 1960 saw the PDC emerged as the largest party, winning 2,004 seats to UPRONA's 545. [3] However, in the September 1961 parliamentary elections the Common Front won only six seats, of which the PDC took just two. The alliance was heavily beaten by UPRONA, which won 58 seats. [4]

In October 1961, UPRONA leader and Prime Minister Prince Louis Rwagasore was assassinated by Jean Kageorgis, who was in the pay of the PDC. The assassination was organised by Biroli and Ntitendereza with the encouragement of some Belgian officials, and aimed to create turmoil from which the PDC would benefit. [5] After independence Biroli and Ntitendereza were sentenced to death; Biroli was killed on 14 January 1963, whilst Ntitendereza was hanged in Gitega in 1962. [5] [6] 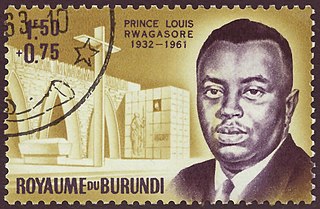 Cyprien Ntaryamira was the Hutu President of Burundi from 5 February 1994 until his death two months later, when the aircraft he was traveling in, together with Rwandan president Juvénal Habyarimana, was shot down near Kigali, Rwanda.

The Sammarinese Christian Democratic Party is a Christian-democratic political party in San Marino. 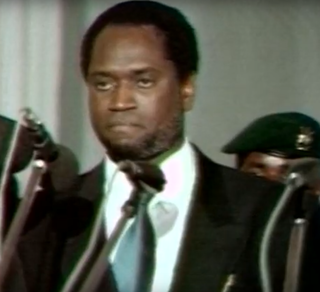 Melchior Ndadaye was a Burundian intellectual and politician. He was the first democratically elected and first Hutu president of Burundi after winning the landmark 1993 election. Though he moved to attempt to smooth the country's bitter ethnic divide, his reforms antagonised soldiers in the Tutsi-dominated army, and he was assassinated amidst a failed military coup in October 1993, after only three months in office. His assassination sparked an array of brutal tit-for-tat massacres between the Tutsi and Hutu ethnic groups, and ultimately sparked the decade-long Burundi Civil War.

The People's Party is a Panamanian Christian democratic political party. Beginning in 1956, as Social Democratic Action, it was made up of middle-class professionals, intellectuals and students, with support from trade unions, particularly the Federation of Christian Workers. It went on to become one of Latin America's most conservative and anti-communist Christian democratic parties. The ideological foundation of the party is based on the social doctrine of the Catholic Church. The PP is a full member of the Christian Democrat International and Christian Democratic Organization of America. 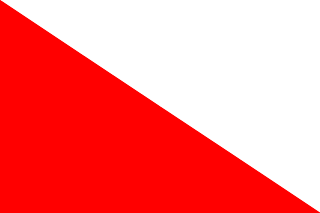 The Christian Democratic Party is a Christian-democratic political party in Bolivia. 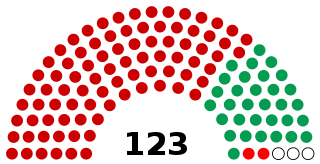 The National Assembly is the lower chamber of Parliament in Burundi. It consists of 100 directly elected members and between 18 and 23 co-opted members who serve five-year terms. 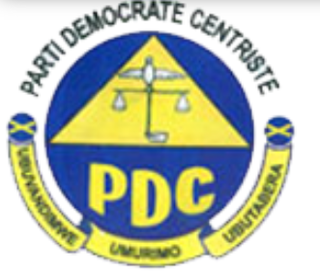 The Centrist Democratic Party is a political party in Rwanda.

Joseph Cimpaye was a Burundian politician and writer. Born into an educated family from the Hutu ethnic group, Cimpaye was considered one of Burundi's leading intellectuals in the late colonial period. He became involved in politics under Belgian colonial rule within the minor Christian Democratic Party which was opposed by the more popular anti-colonial Union for National Progress. In 1961, he briefly held the position of prime minister before UPRONA was decisively returned in the country's first elections ahead of Burundi's independence in July 1962. Although retiring from politics, he was later arrested under the regime of Michel Micombero in 1969. While imprisoned, he wrote L'Homme de ma colline which has been acclaimed as the first Burundian novel but which remained unpublished in his lifetime. He was among a number of influential Hutus killed in the genocidal violence of 1972 instigated by the Micombero regime.

The Party of the People was a Hutu political party in Burundi.

The Common Front was a political alliance in Burundi.