In 1818, Gmelin was one of the first to observe that lithium salts give a bright red color in a flame.

In 1826, Jean-Baptiste Guimet was credited with having devised a process for the artificial manufacture of ultramarine. Two years later, in 1828, Gmelin published his own process for the artificial manufacture of ultramarine. Since Gmelin was the first to publish this process, he received the recognition for this discovery. In his publication, Gmelin stated that silica, alumina, and soda are the main constituents of ultramarine and the rich color comes from sulfur. [1]

Tübingen is a traditional university city in central Baden-Württemberg, Germany. It is situated 30 km (19 mi) south of the state capital, Stuttgart, and developed on both sides of the Neckar and Ammer rivers. As of 2014 about one in three of the 90,000 people living in Tübingen is a student. As of the 2018/2019 winter semester, 27,665 students attend the Eberhard Karls University of Tübingen. The city has the lowest median age in Germany, in part due to its status as a university city; as of December 31, 2015, the average age of a citizen of Tübingen is 39.1 years. 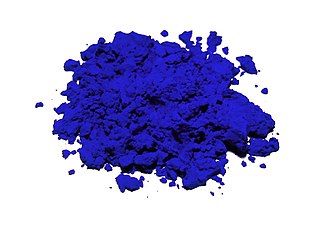 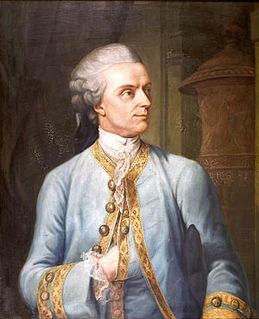 Ferdinand Christian Baur was a German Protestant theologian and founder and leader of the (new) Tübingen School of theology. Following Hegel's theory of dialectic, Baur argued that second century Christianity represented the synthesis of two opposing theses: Jewish Christianity and Gentile Christianity. This and the rest of Baur's work had a profound impact upon higher criticism of biblical and related texts. 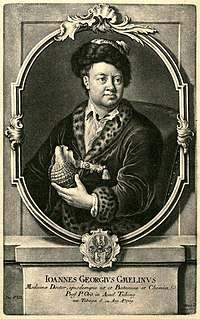 Johann Georg Gmelin was a German naturalist, botanist and geographer.

Leopold Gmelin was a German chemist. Gmelin was professor at the University of Heidelberg among other things, he worked on the red prussiate and created Gmelin's test.

The year 1817 in science and technology involved some significant events, listed below.

Gmelin may refer to: 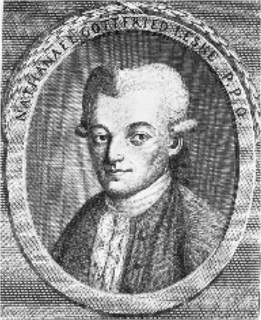 Nathanael Gottfried Leske was a German natural scientist and geologist. 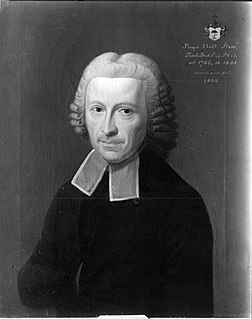 Johann Friedrich Flatt was a German Protestant theologian and philosopher born in Tübingen. His brother, Karl Christian Flatt (1772–1813), was also a theologian.

Friedrich Gottlieb Süskind was a German Protestant theologian born in Neuenstadt am Kocher.

Christian Gottlob Barth was a German Protestant minister, writer and publisher. He founded the publishing house Calwer Verlag in 1833. A representative of pietism in Württemberg, he is regarded as one of the fathers of the Christian revival (Erweckungsbewegung) there in the 19th century. He is also remembered for his children's Bible, translated as "Bible Stories", and then into many languages.

Johann Gottlob von Kurr was a German pharmacist and naturalist, making contributions in the fields of botany and mineralogy. 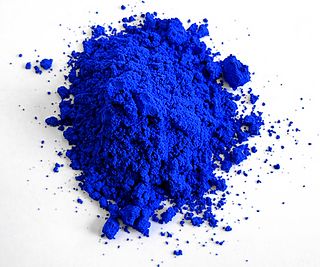 YInMn Blue, also known as Oregon Blue or Mas Blue, is an inorganic blue pigment that was discovered accidentally by Professor Mas Subramanian and his (then) graduate student, Andrew E. Smith, at Oregon State University in 2009. The pigment is noteworthy for its vibrant, near-perfect blue color and unusually high NIR reflectance. The chemical compound has a unique crystal structure in which trivalent manganese ions in the trigonal bipyramidal coordination are responsible for the observed intense blue color. Since the initial discovery, the fundamental principles of colour science have been extensively explored by the Subramanian research team at Oregon State University, resulting in a wide range of rationally designed novel green, purple, and orange pigments, all through intentional addition of a chromophore in the trigonal bipyramidal coordination environment.

Johann Wilhelm Gottlob Buzengeiger was a university mechanic, optician and watchmaker in Tübingen.