Zübert started out as a screenwriter for German television. In 2000 he directed and wrote his first feature Lammbock , which was a surprise hit in Germany with over one million admissions. In the same year he wrote the script for Mädchen, Mädchen which was a box office hit.

In 2004, he directed the children's adventure movie Der Schatz der weißen Falken  [ de ] which received many awards and played numerous international festivals. After directing and writing award winning movies and series for television, e.g. the Tatort crime thriller Nie wieder frei sein  [ de ], [1] Zübert returned to the big screen in 2010 with the comedy-drama Dreiviertelmond ( Three Quarter Moon ), which was nominated for the German Film Award, won the Bavarian Film Award and the Director´s Guild of Germany Metropolis Award and was screened in many international festivals. 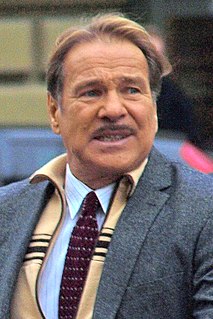 Herbert Lichtenfeld was one of the most successful television screenplay writers in Germany. He wrote over 300 film scripts. Many of his scripts were successful in Germany.

Anja Jaenicke is a German actress working mostly in German television and film. 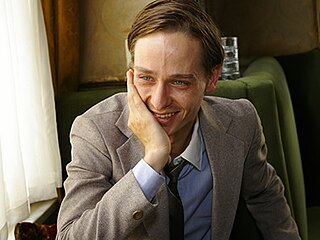 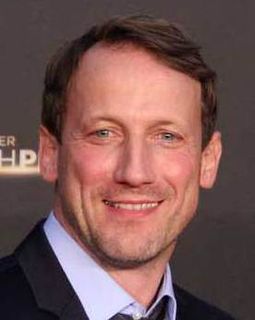 Peter Keglevic is an Austrian film director and screenwriter. He has directed 30 films since 1976. His film Bella Donna was screened at the 1983 Cannes Film Festival.

Uwe Kockisch in Cottbus, Germany) is a German stage, screen and television actor.

Pea Fröhlich is a German screenwriter and psychologist, best known for co-writing all three films of the BRD Trilogy: The Marriage of Maria Braun, Veronika Voss and Lola. She also wrote for Bloch.

Julia Krynke is a multilingual Polish actress, voice over artist and trained classical musician based in London, UK. She is known in the UK for her roles in TV series Spooks, Holby City and The Street, and has had a successful career in cinema, theatre and TV in Germany, Poland and Ireland. She is fluent in Polish, English and German.

Béla Ernyey is a Hungarian film, television actor and singer with an Austrian passport.

Antoine Monot, Jr. is a Swiss-German actor and film producer with both German and Swiss citizenship. He had his breakthrough with the film Absolute Giganten in 1999 and became known to a wider audience especially through his work as a testimonial for technical trade chain Saturn. Since 2014, he has appeared as an advocate in the relaunch of the TV series Ein Fall für zwei.

Jobst Christian Oetzmann is a German film director and screenwriter. He is best known for directing several episodes of the police crime drama series Tatort, but he also made films based on literature, such as Die Einsamkeit der Krokodile, that were presented at international film festivals. He served on the board of the German national organisation for film directors from 2005 to 2014.

Rolf von Sydow was a German film director and author.