After graduation from the École nationale des chartes in 1982, her career has led successively from the Archives municipales de Nantes  [ fr ] where she served as curator from 1982 to 1991, [2] to the Service interministériel des Archives de France  [ fr ], and the Archives nationales where she directed the CARAN  [ fr ]—the private archives section, then the ancient section. She has also held the chair of History of Institutions, Diplomatic and Contemporary Archival Science at the École des chartes from 2007 to 2019.

An internationally recognized expert on finding aids, she contributed to the development of the ISAD(G) standard.

She is married to Roger Nougaret. 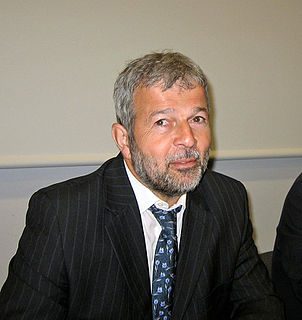 Patrick Cabanel is a French historian, director of studies at the École pratique des hautes études and holder of the chair in Histoire et sociologie des protestantismes. He mainly writes on the history of religious minorities, the construction of a secularised French Republic and French resistance to the Shoah. 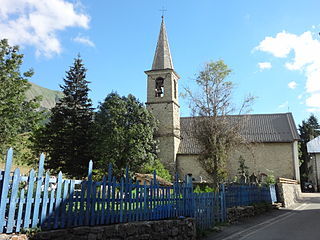 Le Vernet is a commune in the Alpes-de-Haute-Provence department, and in the region of Provence-Alpes-Côte d'Azur, in southeastern France.

Alexis Chassang was a French linguist and translator.

Jules-Joseph Guiffrey was a 19th-century French art historian, a member of the Académie des beaux-arts.

Marc H. Smith is a French historian and palaeographer Born in Newcastle upon Tyne in England, he has both French and British citizenship. 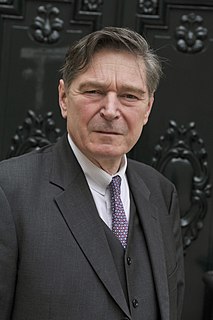 Bruno Galland is a French medievalist and archivist.

Hervé Lacombe is a French musicologist, a professor at the University Rennes 2 since 2002 and a specialist of music of France. He is the author of several works on the opera and two biographies, one of Georges Bizet and the other of Francis Poulenc.

Caroline Giron-Panelnée Giron is a French historian and musicologist.

Yvette Duval was a Moroccan-born French historian who specialised in North Africa during Antiquity and the Early African church during Late antiquity.

Jean-Paul Raphaël Sinibaldi was a French painter who specialized in portraits and country scenes.

César Denis Daly was a French architect, publisher, and writer. He was one of the most important figures in the architectural press in nineteenth-century France, whose role as owner and editor of the famed periodical the Revue générale de l'architecture et des travaux publics shaped several generations of architects in France and beyond.

Gaston Raynaud was a French philologist, specializing in information and documentation sciences. As a palaeographer archivist, he was librarian of Manuscrits at the Bibliothèque nationale de France and director of the Société des anciens textes français.

Jean-Marcel Goger is a French academic historian. He is currently an honorary Professor at the Université de Perpignan (UPVD). He is a specialist in modern economic history particularly in the history of the modern road network.