Dechavanne attended the Cours Hattemer, a private school. [1] He started working as a radio host in the early 1980s. In 1985, he presented the daily talk-show C'est encore mieux l'après-midi on the state-owned television channel Antenne 2. In 1987, he went to work for the newly privatized channel TF1  : his first show, Panique sur le 16, was not a success, but he soon found his niche with the late-night weekly talk-show Ciel mon mardi !, a program which could be compared to Jerry Springer productions in United States. Dechavanne's energetic public persona and the frequent heated arguments between his guests proved popular among audiences, despite attracting criticism from several French media outlets. Dechavanne became his own producer in 1989, by creating the company Coyote productions.

From 1992 to 1994, Dechavanne presented the popular daily talk-show Coucou c'est nous !. However, he was less successful with the prime-time show Tout le toutim, which was stopped after four weeks for lack of sufficient audience shares. In 1997, he went back to state-owned television channels and presented Télé Qua Non and Du fer dans les épinards on France 2. He was then absent from television for several years and concentrated on his radio work for RTL and Europe 1.

In 2003, he took part on TF1 to Nice People, a French equivalent of sorts to Celebrity Big Brother , where common people and celebrities were locked in a house. He was then the host of La Ferme Célébrités in 2004 and 2005. Currently, Dechavanne hosts the French version of Wheel of Fortune , entitled La Roue de la fortune and presents special shows on a regular basis.

Laurent Hugues Emmanuel Ruquier is a French television presenter, radio host and comedian. He is also a lyricist, writer, columnist and impresario; he has been co-owner and general manager of Théâtre Antoine-Simone Berriau in Paris since 2011. He is best known for hosting the On n'est pas couché show on France 2 every Saturday evening since 2006.

Patrick Boyard, known as Patrick Roy, was a French radio and television presenter.

Anne Sinclair is a New-York-born French television and radio interviewer. She hosted one of the most popular political shows for more than thirteen years on TF1, the largest European private TV channel. She is heiress to much of the fortune of her maternal grandfather, art dealer Paul Rosenberg. She covered the 2008 US presidential campaign for the French Sunday newspaper Le Journal du Dimanche and the French TV channel Canal+. She married French politician Dominique Strauss-Kahn in 1991 and divorced him in 2013 in the aftermath of the New York v. Strauss-Kahn case. She was portrayed in the 2014 feature film Welcome to New York.

Hervé Hubert is a French TV producer who is one of the most important producers of game shows and real TV competitions in France. 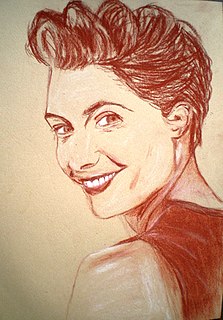 Estelle Denis is a French journalist and television presenter.

Christophe Beaugrand is a French television presenter and journalist.

Val Kahl is a French television host, radio host, journalist, and producer. She is known in France as the winner of the Reality Television competition show "Le Grand Casting de la Télé" on NRJ12 network in 2010, a Reality TV Show looking for their next television host.

Toute une histoire was a French TV show broadcast on the French channel France 2 from 4 September 2006 to 24 June 2016.

The eighth season of the French version of Dancing with the Stars will start in October 2017 on TF1. It will be hosted by Sandrine Quétier. Co-host Laurent Ournac will not return to the show after two seasons and will be replaced by different celebrities from TF1 invited to host that week : Arthur, Jean-Luc Reichmann, Christophe Beaugrand, Karine Ferri, Christophe Dechavanne, Nikos Aliagas, Laurence Boccolini, Denis Brogniart, Jean-Pierre Foucault, Carole Rousseau. Marie-Claude Pietragalla will not be returning to the panel of the show after five seasons and will be replaced by Nico Archambault. He will be judging alongside returning judges Jean-Marc Généreux, Chris Marques and Fauve Hautot.

Gilles Bouleau is a French journalist. As a journalist and reporter on TF1 and LCI for several years, he spent several years in other countries as a correspondent in London and Washington. Head of special operations since 2011, he became the news anchor of the Journal de 20 heures on TF1 since June 2012, succeeding Laurence Ferrari.