Charles Sumner "Chuck" Stone, Jr. (July 21, 1924 – April 6, 2014) was a Tuskegee Airman, an American newspaper editor, columnist, professor of journalism, and author. He was a member of the Tuskeegee Airmen during World War II and was the first president of the National Association of Black Journalists, serving from 1975 to 1977. [1] Passionate about racial issues and supportive of many liberal causes, he refused to follow any party line, "but called the issues as he saw them." [2]

Chuck Stone was born July 21, 1924 in St. Louis, Missouri to Charles Sumner Stone Sr and Madeline Chafin and raised in Hartford, Connecticut. [3] Stone served in World War II, where he was member of the Tuskeegee Airmen. He had already been admitted to Harvard University after completing his military service, but chose instead to matriculate at Wesleyan University, receiving degrees in political science and economics. [4] He was the first African-American undergraduate in several decades at Wesleyan, graduating in the class of 1948 and serving as the commencement speaker. Stone subsequently received a master's degree in sociology from the University of Chicago. After completing his education, he worked for the Chicago department store Carson Pirie Scott, serving as the store's first African-American executive. He then studied law for eighteen months at the University of Connecticut before spending two years in Egypt, Gaza, and India as a representative for CARE. [3]

Chuck Stone's career in journalism began in 1958, when his friend Al Duckett, then Editor of The New York Age, hired him as a reporter. Several months later he was promoted to Editor by the newspaper's owner, Samuel B. Fuller. [3] Stone worked as a columnist for The Philadelphia Daily News from 1972 to 1991. Stone was very critical of the Philadelphia Police Department's record of brutality towards African-Americans, which made him a trusted middleman between Philadelphia police and criminal suspects, more than 75 of whom 'surrendered' to Stone rather than to the cops. [2] [5] [6] In 1975, he was the M. Lyle Spencer Visiting Professor of Journalism in the S. I. Newhouse School of Public Communications at Syracuse University. [7] He taught journalism at the University of Delaware for seven years, [8] [6] and from 1986–1988, he served as the House Advisor for the Martin Luther King Humanities House at the University of Delaware. Stone later became the Walter Spearman Professor at the University of North Carolina at Chapel Hill, where he retired in 2005.

Stone was nominated twice for the Pulitzer Prize, and was inducted into the National Association of Black Journalists Hall of Fame in August 2004. [9] On March 29, 2007, Stone attended a ceremony in the U.S. Capitol rotunda, where he and the other veteran Tuskegee Airmen (or their widows) were awarded the Congressional Gold Medal by President George W. Bush in recognition of the Airmen's service during World War II. [10]

Chuck Stone became associated with the Civil Rights Movement and the Black Power movement while working as an editor at Harlem's New York Age, the Washington, D.C. Afro-American, and the Chicago Daily Defender. He also served three years as a special assistant and speechwriter for Rep. Adam Clayton Powell Jr. of the 22nd congressional district of New York, chair of the House Education and Labor Committee. In 1966 Stone was a member of a steering committee organized by Powell to discuss the meaning of the Black Power Movement. [11]

Stone was a member of Alpha Phi Alpha fraternity. He was a member of the fraternity's World Policy Council, a think tank whose purpose is to expand Alpha Phi Alpha's involvement in politics, and social and current policy to encompass international concerns. [12] He was married to Louise Davis Stone for 49 years before they divorced. [13] They are the parents of Krishna Stone, Allegra Stone and Charles Stone III, creator and star of the Budweiser "Whassup!" television commercials, and director of movies such as Drumline , Mr. 3000 , and Paid In Full .

Stone died April 6, 2014, at the age of 89. He is survived by his three children, one grandchild, and two sisters. [14] [15] Stone is considered to be the "driving force behind NABJ", and the key to the organization's longevity. Bob Butler, president of the NABJ from 2013 to 2015, credited Stone with helping to improve diversity in newsroom management, stating that "what (diversity) does exist is because of Chuck and the other founders of the NABJ." [16] The Chuck Stone Program for Diversity in Education and Media is a workshop for rising high school seniors at the Hussman School of Journalism and Media, formerly known as the School of Journalism and Mass Communication. The program, which began in 2007, honors the legacy of Chuck Stone, who retired from the school in 2005. [17] The Chuck Stone Papers are housed in the Rubenstein Rare Book and Manuscript Library as part of the John Hope Franklin Center at Duke University. [18]

The Tuskegee Airmen were a group of primarily African American military pilots and airmen who fought in World War II. They formed the 332nd Expeditionary Operations Group and the 477th Bombardment Group of the United States Army Air Forces. The name also applies to the navigators, bombardiers, mechanics, instructors, crew chiefs, nurses, cooks, and other support personnel. 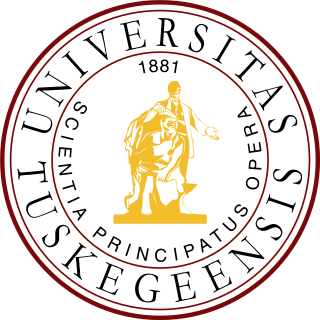 Tuskegee University is a private, historically black land-grant university in Tuskegee, Alabama. The campus is designated as the Tuskegee Institute National Historic Site by the National Park Service. The university was home to scientist George Washington Carver and to World War II's Tuskegee Airmen.

The National Association of Black Journalists (NABJ) is an organization of African-American journalists, students, and media professionals. Founded in 1975 in Washington, D.C., by 44 journalists, the NABJ's stated purpose is to provide quality programs and services to and advocate on behalf of black journalists. The organization has worked for diversity and to increase the number of minorities in newsrooms across the country. 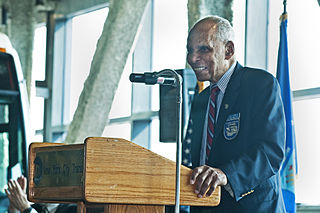 Roscoe Conkling Brown Jr. was one of the Tuskegee Airmen and a squadron commander of the 100th Fighter Squadron of the 332nd Fighter Group.

Gregory L. Moore is a retired American journalist who was editor of The Denver Post from 2002 to 2016. Previously, he was managing editor of The Boston Globe. 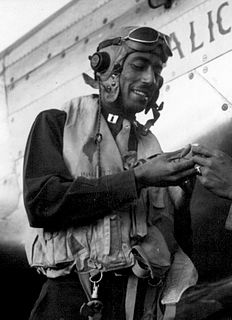 Wendell Oliver Pruitt was a pioneering African-American military pilot and Tuskegee Airman originally from St. Louis, Missouri. He was killed during a training exercise in 1945. After his death, his name, along with William L. Igoe's was given to the Pruitt–Igoe public housing complex in St. Louis.

Raymond V. Haysbert Sr. was a prominent African-American business executive and civil rights leader during the second half of the 20th century in Baltimore, Maryland. During World War II, he served in Africa and Italy with the renowned Tuskegee Airmen. Haysbert joined Baltimore-based Parks Sausage Company in 1952, becoming CEO as it grew into one of the largest black-owned U.S. businesses. In later years, he was active in politics and the American civil rights movement. Haysbert was chairman of the Greater Baltimore Urban League when he died at age 90 in 2010. 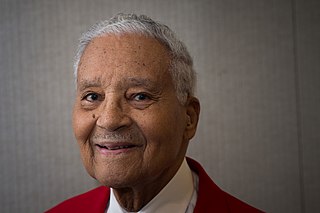 Charles Edward McGee is an American retired fighter pilot and one of the last living members of the Tuskegee Airmen, an all African-American military pilot group who fought during World War II. He was a career officer in the United States Air Force for more than 30 years and flew a three-war total of 409 combat missions in World War II, the Korean War, and the Vietnam War, one of the highest combat totals and longest active-duty careers by any Air Force fighter pilot in history.

Lt. Col. James Bernard Knighten was one of the first twelve African-Americans to become a pilot in the United States Army Air Corps after graduating from flight school at the Tuskegee Army Air Field. He became a member of the famed 99th Fighter Squadron, part of the World War II-era group of highly decorated African-American aviators known as the Tuskegee Airmen. Knighten flew in the first combat mission by African American pilots on June 9, 1943. Knighten's military career continued through the Korean and Vietnam Wars. After retiring from the military in 1968, he had a 20-year career with the Federal Aviation Administration as an operations inspector in New York and later in Los Angeles. Known as a jokester through his military career, Knighten began performing as a stand-up comedian in Las Vegas under the name of Jay Bernard during his years at the FAA, finally moving to Las Vegas to perform full-time after retiring from his position with the FAA.

John Collins Quinn was an American journalist and the former president of Gannett Company, and former editor-in-chief of USA Today.

Richard Prince is an American journalist for newspapers, including the Washington Post, and long-term columnist of "Journal-isms," formerly for the Robert C. Maynard Institute for Journalism Education, now on its own site, journal-isms.com. Prince won multiple awards during his career and is known for coverage about diversity in journalism. In 1972, he was a member of the Metro Seven group who protested racial discrimination at the Washington Post.

Lee Thornton,, a United States journalist and correspondent for CBS, CNN, NPR, and professor at Howard University and the University of Maryland. She was also the first African American woman to cover the White House. She was inducted into the National Association of Black Journalists Hall of Fame in 2013. 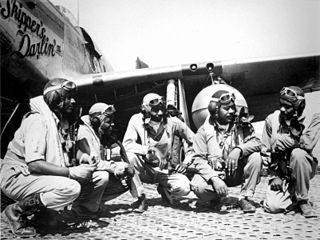