Circle is a type of administrative division of some countries. In Thailand the former monthon are translated as circle. The former Holy Roman Empire was organized into Imperial Circles (German: Reichskreise). Algerian daïras are circles.

Düren is a Kreis (district) in the west of North Rhine-Westphalia, Germany. Neighboring districts are Heinsberg, Neuss, Rhein-Erft-Kreis, Euskirchen and Aachen.

Soest is a Kreis (district) in the middle of North Rhine-Westphalia, Germany. Neighbouring districts are Warendorf, Gütersloh, Paderborn, Hochsauerland, Märkischer Kreis, Unna and the independent town of Hamm.

The Rhein-Erft-Kreis is a district in the west of North Rhine-Westphalia, Germany. Neighboring districts are Neuss, district-free Cologne, Rhein-Sieg, Euskirchen, Düren.

Kleve or Kreis Kleve is a Kreis in the Lower Rhine region of northwestern North Rhine-Westphalia, Germany. Neighbouring districts are Borken, Wesel, and Viersen in Germany, and the Dutch provinces of Limburg and Gelderland.

Bergstraße is a Kreis (district) in the south of Hesse, Germany. It is at the northern end of the Bergstraße route. Neighboring districts are Groß-Gerau, Darmstadt-Dieburg, Odenwaldkreis, Rhein-Neckar-Kreis, the urban district Mannheim, the Rhein-Pfalz-Kreis, and the urban district of Worms. Kreis Bergstraße belongs both to the Rhine Neckar Area and the Rhein-Main Region.

Main-Kinzig-Kreis is a Kreis (district) in the east of Hesse, Germany. Neighboring districts are Wetteraukreis, Vogelsbergkreis, Fulda, Bad Kissingen, Main-Spessart, Aschaffenburg, Offenbach and the district-free cities of Offenbach and Frankfurt.

Kreis is the German word for circle. 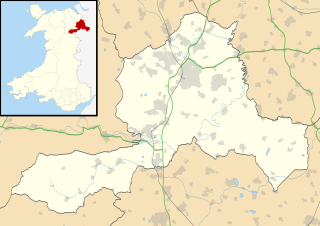 Wrexham County Borough is a local government principal area centred on the town of Wrexham in northeast Wales. The county borough has a population of nearly 135,000 inhabitants. Around 63,000 of these live either within the town of Wrexham or in the surrounding conurbation of urban villages and its only urban town, Chirk. The remainder live to the south and east of the town in more rural areas, including the borough's large salient in the Ceiriog Valley. The area has strong links with coal-mining.

Okres refers to administrative entities in the Czech Republic and Slovakia. It is similar to Landkreis in Germany or "okrug" in other Slavic-speaking countries.

In all German states, except for the three city states, the primary administrative subdivision higher than a Gemeinde (Municipality) is the Landkreis or Kreis. Most major cities in Germany are not part of any Kreis, but instead cumulate the functions of a municipality and a Kreis; such a city is referred to as a Kreisfreie Stadt or Stadtkreis. 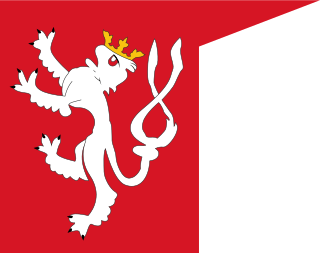 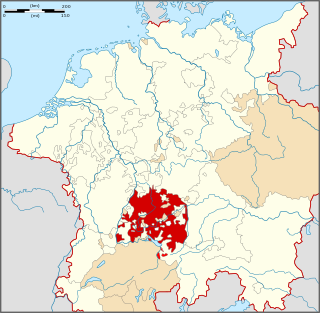