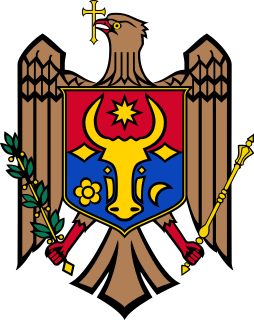 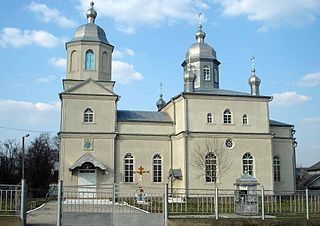 Briceni is a city in northern Moldova. It is the seat of Briceni District.

Cantemir is a town in Moldova. It is the administrative center of Cantemir District.

Moldovans or Moldavians are the largest ethnic group of the Republic of Moldova, and a significant minority in Ukraine and Russia. Under the variant Moldavians, the term may also be used to refer to all inhabitants of the territory of historical Principality of Moldavia, currently divided among Romania (47.5%), Moldova (30.5%) and Ukraine (22%), regardless of ethnic identity. 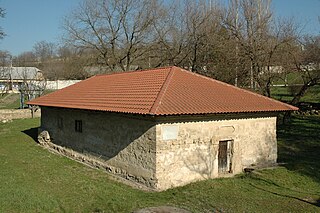 Căușeni is a town and the administrative center of Căușeni District, Moldova.

Rîșcani is a city in Moldova, the capital of the Rîșcani District. It is located along the Copăceanca river, about 22 kilometres from the station in Drochia. Two villages are administered by the city, Bălanul Nou and Rămăzan. 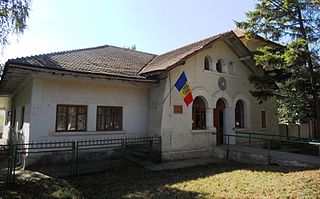 Sîngerei is a city in Moldova and the seat of Sîngerei District. One village is administered by the city, Vrăneşti.

Telenești is a city in Moldova, located 91 kilometres to the north of the capital city, Chișinău. Telenești is the administrative center of the eponymous district. Three villages are administered by the city: Mihălașa, Mihălașa Nouă and Izvoraș. As of 2004, it had a population of 6,855, 89 percent of whom were Moldovan.

Ceadîr-Lunga is a city and municipality in Gagauzia, Moldova.

Cornești is a city in Ungheni district, in central Moldova, with a population of 3,284 at the 2004 census. It is composed of the city itself, population 2,781, and the village Romanovca, population 503.

Costeşti is a city in Rîșcani district, in northern Moldova. 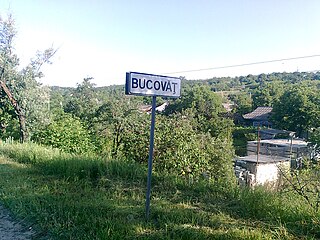 Bucovăț is a town in Strășeni district, Moldova. One village is administered by the town, Rassvet. 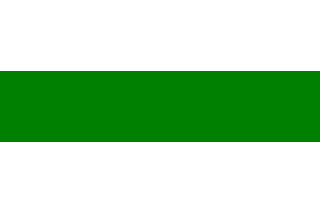 Codru is a town in Chișinău municipality, Moldova.

Sîngera is a town in Chișinău municipality, Moldova. In addition, two villages are administered by the town, Dobrogea and Revaca. At the 2004 Moldovan Census, the population of the town itself was 7,354, that of Dobrogea, 3,279, and Revaca, 976. The total population was 11,609. At this point in Singera functioning church in honor of the Holy Righteous Joachim and Anna.

Vatra is a town in Chișinău municipality, Moldova, with a population of 3500 people. 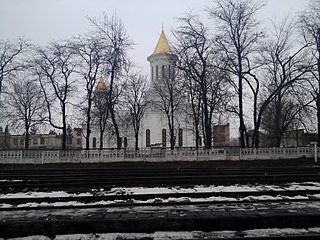 Ocnița is a town and the administrative center of Ocnița District, Moldova.