Classification of objects of the administrative-territorial system of Ukraine

Classification of objects of the administrative-territorial system of Ukraine (KOATUU) (Ukrainian : Класифікатор об'єктів адміністративно-територіального устрою України, КОАТУУ), is a national standardization system established by the State Committee of Ukraine for the Technical Regulations and Consumer Policy on October 31, 1997, #659, and went into effect on January 1, 1998.

KOATUU was directly inherited from and replaced the old Soviet system SOATO of the Soviet standard system GOST, practically without major structural changes (some nomenclatural). KOATUU is numbered as DK 014-97 in the system of classification and coding of technical-economical and social information in Ukraine (abbreviated as DSK TESI). The classification is conducted by the Scientific-research Institute of Statistics of the State Statistics Committee of Ukraine. DK 014-97 (KOATUU) is planned to be integrated in the International Organization for Standardization and to follow the designated system for Ukraine, ISO 3166-2:UA. 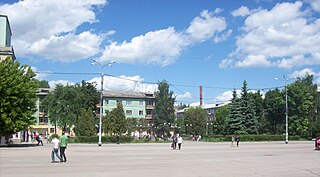 Novouralsk is a closed town in Sverdlovsk Oblast, Russia, located on the eastern side of the Ural Mountains, about 70 kilometers (43 mi) north of Yekaterinburg, the administrative center of the oblast. Population: 85,522 (2010 Census); 95,414 (2002 Census). 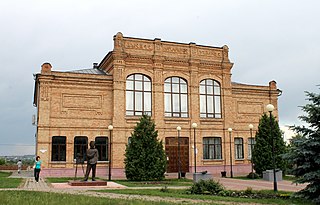 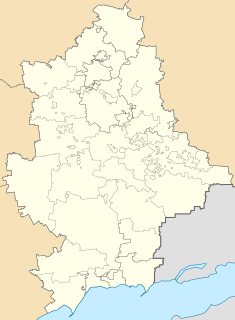 Shakhtarsk or Shakhtyorsk is a city in Donetsk Oblast, Ukraine. Regionally, the city is an administrative urban enclave also consisting of cities Torez and Snizhne and surrounded by Shakhtarsk Raion. It serves as the administrative center of Shakhtarsk Raion which it does not belong to. Its population is approximately 49,482 (2017 est.) . 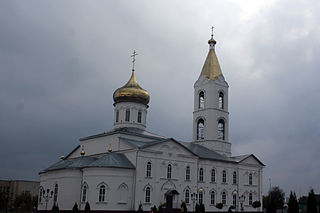 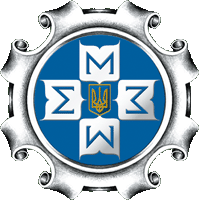 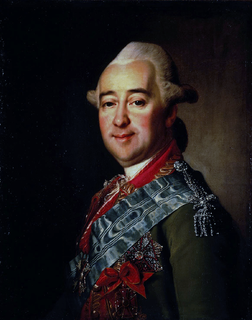 Michael N. Krechetnikov was a Russian military commander and General of Infantry (General-in-chief). He was the younger brother of Pyotr Krechetnikov.

Sambir Raion is a raion in Lviv Oblast in western Ukraine. Its administrative center is Sambir, which is incorporated separately as a city of oblast significance and does not belong to the raion. Population: 67,063 (2020 est.) . It was established in 1965.

Pushnoy is a rural locality in Pushnovsky Territorial Okrug of Kolsky District of Murmansk Oblast, Russia, located on the Kola Peninsula beyond the Arctic Circle at a height of 131 meters (430 ft) above sea level. Population: 782. 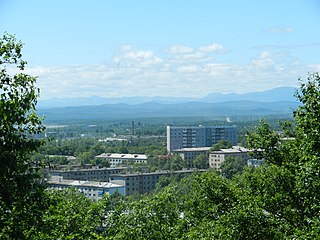 Khabarovsky District is an administrative and municipal district (raion), one of the seventeen in Khabarovsk Krai, Russia. It consists of two unconnected segments separated by the territory of Amursky District, which are located in the southwest of the krai. The area of the district is 30,014 square kilometers (11,588 sq mi). Its administrative center is the city of Khabarovsk. Population: 85,404 (2010 Census); 90,179 (2002 Census); 85,218 (1989 Census).

Ovidiopol Raion is a former raion (district) in Odessa Oblast of Ukraine. Its administrative center is the urban-type settlement of Ovidiopol. Population: 77,278 (2015 est.) The population of the district was 60,308 in 2001. According to the 2001 Ukrainian census the population was 79% Ukrainian, 15% Russian, 2% Moldovan, 1% Bulgarian, and 1% Belarusian.

Severny District, Moscow is an administrative district (raion) of North-Eastern Administrative Okrug, and one of the 125 raions of Moscow, Russia. The area of the district is 10.29 square kilometers (3.97 sq mi).

Telmanove Raion is one of the 18 administrative raions of Donetsk Oblast, located in southeastern Ukraine. The administrative center of the district is located in the urban-type settlement of Boykivske, previously Telmanove. Population: 29,550 (2013 est.) The raion was named after the German Communist leader Ernst Thälmann.