Emerson was born on January 13, 1957 in Chatham, Virginia, and graduated from Chatham Hall preparatory school in 1975. [5] She received her BA in English from the University of Virginia in 1979 and her Master of Fine Arts in creative writing at the University of North Carolina at Greensboro in 1991. [1]

Three collections were published posthumously, The Opposite House (March 2015), Impossible Bottle (September 2015) and Claude before Time and Space (February 2018). [6]

In addition to her collections, Emerson's work has been included in such anthologies as Yellow Shoe Poets, [7] [8] The Made Thing, [9] [10] Strongly Spent: 50 Years of Shenandoah Poetry, [11] and Common Wealth: Contemporary Poets of Virginia. [12]

Emerson served as poetry editor for the Greensboro Review and a contributing editor for the literary magazine Shenandoah . [1] [13] In 2002, Emerson was Guest Editor of Visions-International (published by Black Buzzard Press).[ citation needed ] On August 26, 2008, she was appointed Poet Laureate of Virginia, by then Governor Timothy M. Kaine [14] and served until 2010. [15] In 2008, she returned to Chatham Hall to serve as The Siragusa Foundation's Poet-in-Residence. [16]

She taught at several colleges including Washington and Lee University in Lexington, Virginia and Randolph-Macon College in Ashland, Virginia. She spent over a decade at the University of Mary Washington, in Fredericksburg, Virginia, as an English professor and the Arrington Distinguished Chair in Poetry. [17]

In 2013, Emerson joined the creative writing faculty at Virginia Commonwealth University in Richmond, Virginia, where she taught until her death in 2014 from colon cancer at age 57. [18] [19]

Emerson married musician Kent Ippolito in 2000. The couple lived in Richmond, Virginia, and performed and wrote songs together. [20] After missing most of the Fall 2014 semester while seeking cancer treatments, Claudia Emerson died on December 4, 2014, in Richmond at the age of 57 from complications associated with colon cancer. [4] [1] [19]

Robert Penn Warren was an American poet, novelist, and literary critic and was one of the founders of New Criticism. He was also a charter member of the Fellowship of Southern Writers. He founded the literary journal The Southern Review with Cleanth Brooks in 1935. He received the 1947 Pulitzer Prize for the Novel for All the King's Men (1946) and the Pulitzer Prize for Poetry in 1958 and 1979. He is the only person to have won Pulitzer Prizes for both fiction and poetry.

Stanley Plumly was an American poet and the director of University of Maryland, College Park's creative writing program.

David Kirby is an American poet and the Robert O. Lawton Distinguished Professor of English at Florida State University (FSU). 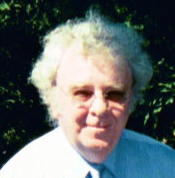 Gibbons Ruark is a contemporary American poet. Known for his deeply personal often elegiac lyrics about his native North Carolina and beloved Ireland, Ruark has had poetry in such publications as The New Yorker, The New Republic, and Poetry. His collections include Rescue the Perishing, Small Rain, Keeping Company, Reeds, A Program for Survival, Passing Through Customs: New and Selected Poems, Staying Blue, and, most recently, The Road to Ballyvaughan. He has won numerous awards including three Poetry Fellowships from the National Endowment for the Arts, residencies at the Tyrone Guthrie Centre in Ireland and a Pushcart Prize.

Henry Splawn Taylor is an American poet, author of more than 15 books of poems and winner of the 1986 Pulitzer Prize for Poetry.

Ellen Bryant Voigt is an American poet. She served as the Poet Laureate of Vermont.

Ron Smith is an American poet and the first writer-in-residence at St. Christopher's School in Richmond, Virginia. Margaret Gibson is an American poet.

Alison Hawthorne Deming is an American poet, essayist and teacher, former Agnese Nelms Haury Chair in Environment and Social Justice and currently Regents Professor Emerita in Creative Writing at the University of Arizona. She received a 2015 Guggenheim Fellowship.

Kate Daniels is an American poet.

Terry Randolph Hummer is an American poet, critic, essayist, editor, and professor. His most recent books of poetry are After the Afterlife and the three linked volumes Ephemeron, Skandalon, and Eon. He has published poems in literary journals and magazines including The New Yorker, Harper's, Atlantic Monthly, The Literati Quarterly, Paris Review, and Georgia Review. His honors include a Guggenheim Fellowship inclusion in the 1995 edition of Best American Poetry, the Hanes Prize for Poetry, the Richard Wright Award for Literary Excellence, and three Pushcart Prizes.

Kelly Cherry is a novelist, poet, essayist, and a former Poet Laureate of Virginia (2010–2012). A resident of Halifax, Virginia, she was named the state's Poet Laureate by Governor Bob McDonnell in July 2010. She succeeded Claudia Emerson in this post.

Jacqueline Osherow is an American poet, and Distinguished Professor at the University of Utah.

New Orleans Review, founded in 1968, is a journal of contemporary literature and culture that publishes "poetry, fiction, nonfiction, art, photography, film and book reviews" by established and emerging writers and artists. New Orleans Review is a publication of the Department of English at Loyola University New Orleans. Lindsay Sproul is the current editor-in-chief. 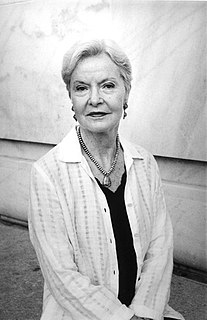 Catharine Savage Brosman is an American poet, essayist, and scholar of French literature and a former professor at Tulane University, where she held the Gore Chair of French Studies.