Clerics regular are clerics (mostly priests) who are members of a religious order under a rule of life (regular). Clerics regular differ from canons regular in that they devote themselves more to pastoral care, in place of an obligation to the praying of the Liturgy of the Hours in common, and have fewer observances in their rule of life.

Clerics regular are those bodies of men in the Church who while being essentially clerics, devoted to the exercise of the ministry in preaching, the administration of the sacraments, the education of youth, and other spiritual and corporal works of mercy, are at the same time religious in the strictest sense of the word, and living a community life according to a rule approved by the Holy See. [1]

In the Corpus Juris Canonici the term "clerics regular" is often used for canons regular, and regular clerics are classed by authors as a branch or modern adaptation of the family of canons regular. This is because of the intimate connection existing between the two; for while separated from the secular clergy by their vows and the observance of a community life and a rule, they form a distinct class in the religious state, the clerical, in opposition to the monastic, which includes monks, and hermits. [1]

Clerics regular are distinguished from the purely monastic bodies, or monks, in four ways:

They are distinguished from the friars in this, that though the latter are devoted to the sacred ministry and the cultivation of learning, they are not primarily priests.

The exact date at which clerics regular appeared in the Church cannot be absolutely determined. Regular clerics of some sort, i.e. priests devoted both to the exercise of the ministry and to the practice of the religious life, are found in the earliest days of Christian antiquity. Many eminent theologians hold that the clerks regular were founded by Christ Himself. In this opinion the Apostles were the first regular clerks, being constituted by Christ ministers par excellence of His Church and called by Him personally to the practice of the counsels of the religious life (cf. Suarez).

From the fact that St. Augustine of Hippo in the 4th century established in his house a community of priests, leading a religious life, for whom he drew up a rule, he has ordinarily been styled the founder of the regular clerics and canons, and upon his Rule have been built the constitutions of the canons regular and an immense number of the religious communities of the Middle Ages, besides those of the clerks regular established in the sixteenth century. During the whole medieval period the clerics regular were represented by the regular canons who under the name of the Canons Regular or Black Canons of St. Augustine, the Premonstratensians, (known also as the White Canons or Norbertines), etc., shared with the monks the possession of large abbeys and monasteries all over Europe.

It was not until the 16th century that clerics regular in the modern and strictest sense of the word came into being. Just as the conditions obtaining in the 13th century brought about a change in the monastic ideal, so in the sixteenth the altered circumstances of the times called for a fresh development of the religious spirit in the Church. This development, adapted to the needs of the times, was had in the various bodies of simple clerics, who, desirous of devoting themselves more perfectly to the exercise of their priestly ministry under the safeguards of the religious life, instituted the several bodies which, under the names of the various orders or regular clerics, constitute in themselves and in their imitators one of the most efficient instruments for good in the Church militant to-day. So successful and popular and well adapted to all modern needs were the clerks regular, that their mode of life was chosen as the pattern for all the various communities of men, whether religious or secular, living under rule, in which the Church has in recent times been so prolific.

Since the close of the 17th century, no new Orders have been added to the number, though the name Clerics Regular has been assumed occasionally by communities that are technically only religious, or pious, congregations, such as the Clerks Regular of Our Saviour (1851-1919) and the Society of the Pallium (1851). 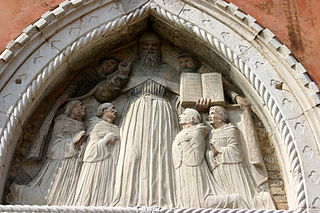 The Rule of Saint Augustine, written about the year 400, is a brief document divided into eight chapters and serves as an outline for religious life lived in community. It is the oldest monastic rule in the Western Church. 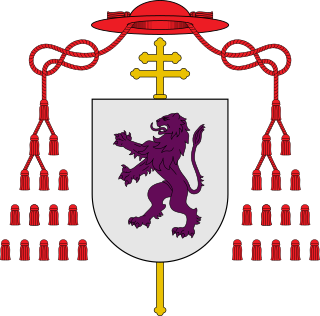 The Order of Saint Jerome or Hieronymites is a Catholic cloistered religious order and a common name for several congregations of hermit monks living according to the Rule of Saint Augustine, though the inspiration and model of their lives is the 5th-century hermit and biblical scholar Saint Jerome.

The Theatines or the Congregation of Clerics Regular of the Divine Providence are a religious order of the Catholic Church, with the post-nominal initials "C.R.".

The Clerics Regular of the Mother of God are a Roman Catholic Religious Order of priests, dedicated to education and pastoral care. The Order was founded by St. John Leonardi, who worked with this community to spread devotion to the Blessed Virgin Mary, as well as the Forty Hours devotion, and frequent reception of the Blessed Sacrament. Its members use the suffix of O.M.D.

The Canons Regular of San Giorgio in Alga were a congregation of canons regular which was influential in the reform movement of monastic life in northern Italy during the 15th and 16th centuries.