Cleveland National Forest encompasses 460,000 acres (720 sq mi (1,900 km2)), mostly of chaparral, with a few riparian areas. A warm dry mediterranean climate prevails over the forest. It is the southernmost U.S. National Forest of California. It is administered by the U.S. Forest Service, a government agency within the United States Department of Agriculture. It is divided into the Descanso, Palomar and Trabuco Ranger Districts and is located in the counties of San Diego, Riverside, and Orange.

Cleveland National Forest was created on July 1, 1908 with the consolidation of Trabuco Canyon National Reserve and San Jacinto National Reserve by President Theodore Roosevelt and named after former president Grover Cleveland. It is headquartered in San Diego. The Cleveland National Forest was the site of both the 2003 Cedar Fire, and the Santiago Canyon Fire of 1889. Both fires widely consumed many sections of the area, as well as endangering many animal species.[ citation needed ]

"Law Enforcement Activities" are a common reason given for closures in the southern portion of the forest. These closures are implemented to limit back road access in hopes of circumnavigating US Border Patrol checkpoints. Bear Valley Road coming up from Buckman Springs, Kitchen Creek Road and Thing Valley Road are among routes that are routinely restricted. [3]

There are currently two operational fire lookout towers in the Cleveland National Forest.

There are 4 official wilderness areas in Cleveland National Forest that are part of the National Wilderness Preservation System. One of them extends into land that is managed by the Bureau of Land Management. 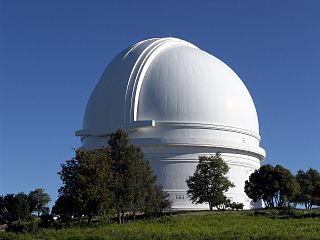 Lincoln National Forest is a unit of the U.S. Forest Service located in southern New Mexico. Established by Presidential Proclamation in 1902 as the Lincoln Forest Reserve, the 1,103,897 acres (4,467.31 km2) forest begins near the Texas border and contains lands in parts of Chaves, Eddy, Lincoln, and Otero counties. The three Ranger Districts within the forest contain all or part of four mountain ranges, and include a variety of different environmental areas, from desert to heavily forested mountains and sub-alpine grasslands. Established to balance conservation, resource management, and recreation, the lands of the Lincoln National Forest include important local timber resources, protected wilderness areas, and popular recreation and winter sports areas. The forest headquarters is located in Alamogordo, N.M. with local offices in Carlsbad, Cloudcroft, and Ruidoso. 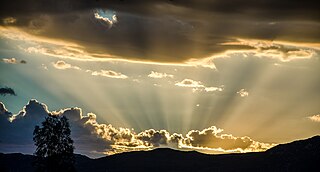 Agua Tibia Wilderness (ATW) is a 17,961-acre (72.69 km2) protected area in Riverside and San Diego counties, in the U.S. state of California. It is mostly within the Palomar Ranger District of the Cleveland National Forest. The area was originally protected as the Agua Tibia Primitive Area until January 1975 when it was added to the National Wilderness Preservation System with the passage of Public Law 93-632 by the United States Congress. Between its inception and 1984, the ATW was San Diego County's only officially designated wilderness area. The Spanish name, Agua Tibia, translates as warm water.

The Pine Ridge Trail is the most popular hiking trail in the Ventana Wilderness of the Los Padres National Forest, California. The 19.5 miles (31.4 km) trail traverses the Ventana Wilderness from the Big Sur Station near sea level to China Camp on Tassajara Road at 5,000 feet (1,500 m). Built in 1916 by the Post family of Big Sur, the Pine Ridge Trail offers hikers and equestrians an array of backcountry camps to enjoy.

O'Neil Regional Park is a major regional park and greenway in northeast Orange County, California in the United States, located along Trabuco Creek and Live Oak Canyon. The park encompasses 4,500 acres (1,800 ha) of canyon and riparian zone habitat, and includes campgrounds and trails for hiking, biking and horseback riding. The park was first established in 1948 when the owners of the O'Neill Ranch donated 278 acres (113 ha) of land for recreation purposes. Numerous land acquisitions between 1948 and 1982 brought the park to its present size. Many flora and fauna can be sighted, such as poison oak, bobcats and mountain lions, which are very rare.

Los Pinos Peak is a 4,455-foot (1,358 m) summit in the Santa Ana Mountains in Orange County, California, about 8 miles (13 km) east of Rancho Santa Margarita. Los Pinos is the southernmost peak above 4,000 feet (1,200 m) in the Santa Anas, and provides extensive views south towards San Diego and the Pacific Ocean as well as views of the San Jacinto Mountains and San Bernardino Mountains in the east. The summit rises rather prominently above the main crest of the Santa Anas and is conspicuously visible from much of southern Orange County, although its actual topographic prominence is only about 610 feet (186 m).

Bottchers Gap is a day use area, campground, and trail head. It is located 7.6 miles (12.2 km) from the Big Sur Coast Highway at the end of Palo Colorado Road on the northern border of the Los Padres National Forest and Ventana Wilderness. It is located between Mescal Ridge and Skinner Ridge. From Bottchers Gap, there is an 3.3 miles (5.3 km) long private access road that leads to Camp Pico Blanco. Beginning at Bottchers Gap, it is a difficult 14.7 miles (23.7 km) hike via the Skinner Ridge and Ventana Double Cone trails to the Ventana Double Cone, making it one of the more distant locations in the wilderness.