Sir Clifford Sifton, PC , KCMG , KC (March 10,1861 –April 17,1929),was a Canadian lawyer and a long-time Liberal politician,best known for being Minister of the Interior under Sir Wilfrid Laurier. [1] He was responsible for encouraging the massive amount of immigration to Canada which occurred during the first decade of the 20th century. In 1905,he broke with Laurier and resigned from cabinet over the issue of publicly funded religious education in the new provinces of Alberta and Saskatchewan. [2]

Sifton was born in Middlesex County,Canada West (now Ontario). Sifton's father,John Wright Sifton,was a contractor and businessman who moved with his family to Manitoba when Sifton was a boy.

Sifton trained as a lawyer and graduated from Victoria University in the University of Toronto,where he was the founding manager of Acta Victoriana . [3]

Sifton worked on his father's political campaigns before being himself elected to the legislative assembly of Manitoba in 1888. Sifton served in the cabinet of Thomas Greenway from 1891 to 1896 as attorney general and Provincial Lands Commissioner. He played a role in negotiating the Laurier-Greenway Compromise,which temporarily resolved the Manitoba Schools Question.

Federal politics:Minister of the Interior

In 1896,Sifton was first elected a Member of Parliament after being acclaimed in a by-election in Brandon. He was re-elected in the 1900 Canadian federal election against a strong challenge from former Manitoba premier Hugh John Macdonald. Sifton would be re-elected two more times,in 1904 and 1908.

Sifton was appointed Minister of the Interior under Laurier and implemented a vigorous immigration policy to encourage people to settle and populate the West. Sifton established colonial offices in Europe and the United States. He enticed people to come to western Canada. While many of the immigrants came from Britain and the United States,there was also,to Canada,a large influx of Ukrainians,Scandinavians,Doukhobors,and other groups from the Austro-Hungarian Empire. He famously defended the "stalwart peasants in sheep-skin coats" who were turning some of the most difficult parts of the western plains into productive farms.

Between 1891 and 1914,more than three million people came to Canada,largely from continental Europe,following the path of the newly constructed transcontinental railway. In the same period,mining industries were begun in the Klondike and the Canadian Shield.

After presiding over the creation of Alberta and Saskatchewan in 1905,Sifton resigned from cabinet following a dispute with Laurier over religious education.

Sifton retired from politics in 1911 but crusaded against the government policy of reciprocity,because he believed that increased economic integration between Canada and the United States would result in Canada being taken over by the Americans. [5]

Sifton died in 1929 in New York City,where he had been visiting a heart specialist. He left a fortune estimated at $3.2 million,equivalent to about $50 million in present-day terminology. [6] Sifton is buried at Mount Pleasant Cemetery,Toronto.

Sifton,then a young lawyer,was married in Winnipeg,Manitoba,on August 18,1884,to Elizabeth Armanella Burrows. She was the daughter of Henry James Burrows and his wife,Sarah Sparks. Elizabeth was born in Ottawa,Ontario,and educated at the Ottawa Ladies' College. The couple had five sons. She founded and presided over the Woman's Christian Temperance Union (WCTU) in Brandon,Manitoba.

His brother-in-law Theodore Arthur Burrows would also serve as a Liberal MP in the Laurier government,and he was later appointed the tenth Lieutenant Governor of Manitoba.

His brother Arthur Sifton served as the second Premier of Alberta.

There is a Clifford Sifton fonds at Library and Archives Canada. [7] 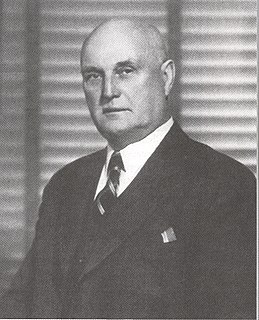 Charles Stewart,was a Canadian politician who served as the third premier of Alberta from 1917 until 1921. Born in Strabane,Ontario,in then Wentworth County,Stewart was a farmer who moved west to Alberta after his farm was destroyed by a storm. There he became active in politics and was elected to the Legislative Assembly of Alberta in the 1909 election. He served as Minister of Public Works and Minister of Municipal Affairs—the first person to hold the latter position in Alberta—in the government of Arthur Sifton. When Sifton left provincial politics in 1917 to join the federal cabinet,Stewart was named his replacement.

Arthur Lewis Watkins Sifton was a Canadian lawyer,judge and politician who served as the second premier of Alberta from 1910 until 1917. He became a minister in the federal cabinet of Canada thereafter. Born in Canada West,he grew up there and in Winnipeg,where he became a lawyer. He subsequently practised law with his brother Clifford Sifton in Brandon,where he was also active in municipal politics. He moved west to Prince Albert in 1885 and to Calgary in 1889. There,he was elected to the 4th and 5th North-West Legislative Assemblies;he served as a minister in the government of premier Frederick Haultain. In 1903,the federal government,at the instigation of his brother,made Sifton the Chief Justice of the Northwest Territories. After Alberta was created out of a portion of the Northwest Territories in 1905,Sifton became the first Chief Justice of Alberta in 1907 and served until 1910.

The 1896 Canadian federal election was held on June 23,1896,to elect members of the House of Commons of Canada of the 8th Parliament of Canada. Though the Conservative Party,led by Prime Minister Charles Tupper,won a plurality of the popular vote,the Liberal Party,led by Wilfrid Laurier,won the majority of seats to form the next government. The election ended 18 years of Conservative rule.

The 1891 Canadian federal election was held on March 5,1891,to elect members of the House of Commons of Canada of the 7th Parliament of Canada. It was won by the Conservative Party of Prime Minister Sir John A. Macdonald.

Sir Rodmond Palen Roblin was a businessman and politician in Manitoba,Canada.

The 1911 Canadian federal election was held on September 21,1911 to elect members of the House of Commons of Canada of the 12th Parliament of Canada. 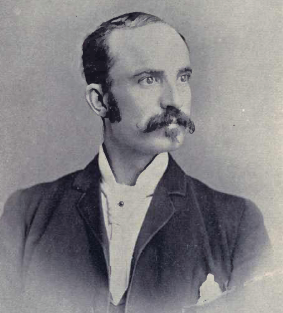 Theodore Arthur Burrows was a politician and office-holder in Manitoba,Canada. He served as the tenth Lieutenant Governor of the province from October 6,1926 until his death. 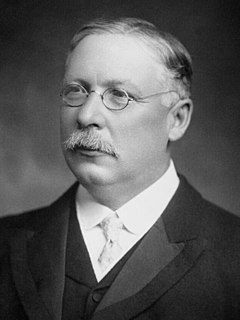 The 1905 Alberta general election was the first general election held in the Province of Alberta,Canada on November 9,1905,to elect twenty five members of the Alberta legislature to the 1st Alberta Legislative Assembly,shortly after the province was created out of the Northwest Territories on September 1,1905.

Valentine Winkler was a politician in Manitoba,Canada. He served in the Legislative Assembly of Manitoba as a Liberal for Rhineland from 1892 to 1900,and again from 1900 to 1920. Winkler was a cabinet minister in the government of Tobias Norris. His brother,Enoch Winkler,was also a member of the provincial legislature from 1888 to 1899.

Charles Wilson Cross was a Canadian politician who served in the Legislative Assembly of Alberta and the House of Commons of Canada. He was also the first Attorney-General of Alberta. Born in Ontario,he studied law at Osgoode Hall Law School before coming west to practise in Edmonton. He became active with the Liberal Party of Canada,and when Alberta was created in 1905 he was chosen by Premier Alexander Cameron Rutherford to be its first Attorney-General. Implicated in the Alberta and Great Waterways Railway scandal,he resigned in 1910 along with the rest of Rutherford's government.

Francis "Frank" Oliver was a Canadian federal minister,politician,and journalist from the Northwest Territories and later Alberta. As Minister of the Interior,he was responsible for discriminatory Canadian government policies that targeted First Nations' land rights and Black immigration. 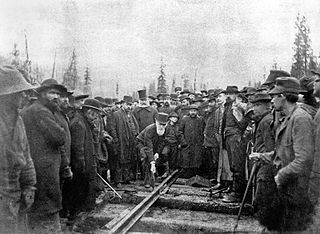 Post-Confederation Canada (1867–1914) is history of Canada from the formation of the Dominion to the outbreak of World War I in 1914. Canada had a population of 3.5 million,residing in the large expanse from Cape Breton to just beyond the Great Lakes,usually within a hundred miles or so of the Canada–United States border. One in three Canadians was French,and about 100,000 were aboriginal. It was a rural country composed of small farms. With a population of 115,000,Montreal was the largest city,followed by Toronto and Quebec at about 60,000. Pigs roamed the muddy streets of Ottawa,the small new national capital.

William Franklin Puffer was a Canadian politician who served in the Legislative Assembly of Alberta from 1905 until 1917. Born in Ontario,he came west and settled in Lacombe,where he operated a butchery,among other interests. He was elected to the legislature in Alberta's first provincial election,and returned to office in each of the next two before being defeated in the 1917 election. He subsequently made two unsuccessful attempts to reclaim his seat.

John Wright Sifton was a 19th-century Manitoba politician and the founder of an important political family in Western Canada.

Wikimedia Commons has media related to Clifford Sifton .
This page is based on this Wikipedia article
Text is available under the CC BY-SA 4.0 license; additional terms may apply.
Images, videos and audio are available under their respective licenses.