Clipper Yacht Harbor is a home of Sausalito’s sport fishing fleet. Each boat performs the latest and most advanced fish finding and navigation equipment available.[ clarification needed ][ citation needed ] All vessels are certified by U.S. Coast Guard. The Sportfishing vessels can be chartered for the challenge and excitement of local sportfishing, nature observing, whale watching or for a special occasion. 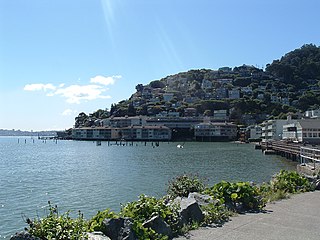 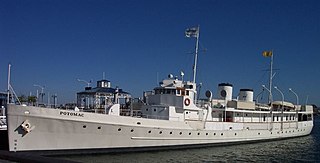 USS Potomac (AG-25), formerly USCGC Electra, was Franklin D. Roosevelt's presidential yacht from 1936 until his death in 1945. In January 2016 USS Williamsburg was scrapped leaving USS Potomac and USS Sequoia as the last two still existing presidential yachts. On 3 August 1941, she played a decoy role while Roosevelt held a secret conference to develop the Atlantic Charter. She is now preserved in Oakland, California, as a National Historic Landmark and the only presidential yacht open to the public. 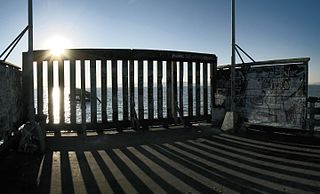 Marinship Corporation was a shipbuilding company of the United States during World War II, created to build the shipping required for the war effort. Founded in 1942, the shipyard built 93 cargo ships and oil tankers, before ending operations 1945. 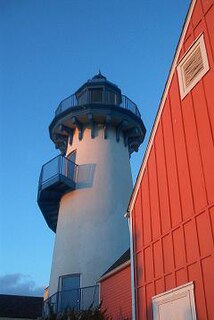 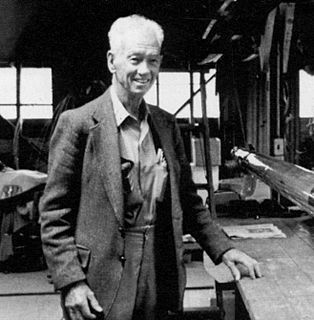 Myron Spaulding was an American sailor, yacht designer and builder and concert violinist in Sausalito, California. 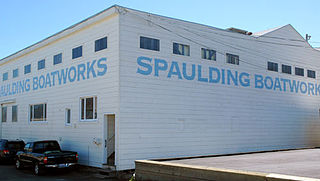 The Spaulding Marine Center, , in Sausalito, California, is a living museum where one can go back in time to experience the days when craftsmen and sailors used traditional skills to build, sail or row classic wooden boats on San Francisco Bay.

USS Zaca (IX-73) is a wooden-hulled, schooner-rigged yacht with an auxiliary engine.

Stephens Brothers Boat Builders and Designers company, an American boat designer, began in the back yard of brothers Theodore and Robert Stephens. Their boatbuilding firm in Stockton, California operated from 1902 to 1987. Over the years the company became famous for its elegantly designed pleasure craft, including sailboats, speedboats, cruisers and private yachts. Stephens Bros. also built many vessels for the U.S. military, especially during World War II. The company's first vessel was the sloop Dorothy, in 1902.

Huckins Yacht Corporation is one of the oldest boat builders in the United States. The company is located on the Ortega River in Jacksonville, Florida, and is run by its third-generation owners, Cindy and Buddy Purcell. Huckins manufactures custom yachts ranging from 40 to 90 feet that combine classic design and traditional workmanship with modern technology and amenities. It has built a total of 457 yachts during its 80 years of operation, crafting vessels one at a time. 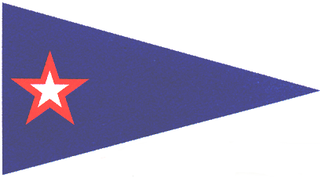 The Sausalito Yacht Club (SYC) in the city of Sausalito, California on San Francisco Bay was founded in 1942 to promote yachting, both racing and cruising.

The China Clipper flight departure site is listed as California Historical Landmark number 968. It is the site from which Pan American World Airways initiated trans-Pacific airmail service on November 22, 1935. A flying boat named China Clipper made the first trip, and the publicity for that flight caused all flying boats on that air route to become popularly known as China Clippers. For a few years, this pioneering mail service captured the public imagination like the earlier Pony Express, and offered fast luxury travel like the later Concorde. 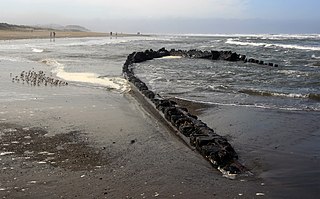 King Philip was a 19th-century clipper ship launched in 1856 and wrecked in 1878. The wreck of this ship is only rarely visible; very infrequently the timbers can be seen protruding from the sands of Ocean Beach, on the Pacific Ocean coast of San Francisco, California. The wreck is the "most complete remains of an American medium clipper." This is a shipwreck of one of many ships that were wrecked in and around San Francisco Bay.

Matthew Turner was an American sea captain, shipbuilder and designer. He constructed 228 vessels, of which 154 were built in the Matthew Turner shipyard in Benicia. He built more sailing vessels than any other single shipbuilder in America, and can be considered "the 'grandaddy' of big time wooden shipbuilding on the Pacific Coast." 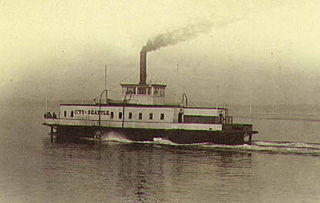 The City of Seattle was a side-wheel driven steam-powered ferry built in 1888. This vessel was the first ferry to operate on Puget Sound. City of Seattle was also used in the San Francisco Bay area starting in 1913. The ferry was known as YFB54 when owned by the U.S. navy in World War II, and as Magdalena during naval service and for a time following the war. The upper works of the ferry have been mounted on a barge hull, and are now in use as a houseboat in Sausalito, California.