Clive Nolan (born 30 June 1961) [1] is a British musician, composer and producer who has played a prominent role in the development of progressive rock. He has been the regular keyboard player in Pendragon (1986–present), Shadowland (1992–present), Strangers on a Train (1993–1994) and Arena (1995–present), as well as writing lyrics for Arena and producing or co-producing several other bands' albums.

At the age of sixteen, Nolan became the youngest musician in England (at the time) to gain an A.L.C.M. composition diploma from the London College of Music. [2]

In 1982, Nolan won the cup and two medals at the composers competition in the Cheltenham Music Festival. [2]

Nolan is a music graduate, holding both a B Mus and M Mus. He played violin, cello and viola, although his main study while at university was composition, orchestration, musical arrangement and conducting. [2]

In 2008 Nolan's rock opera, She, was filmed for DVD in Katowice, Poland. [3] In 2010 the show was again performed in Santa Cruz, Bolivia. Since then, Nolan has started the Caamora Theatre Company, [4]

Besides his progressive rock ventures, Nolan has written a rock-opera, She based upon the novel by Sir H Rider Haggard. In 2008, it was filmed for DVD in Katowice, Poland. [3] In 2010, the show was again performed in Santa Cruz, Bolivia. Since then Nolan has started the Caamora Theatre Company, [4] and turned She into a full musical, which was performed for the first time at The Playhouse in Cheltenham in 2012. [5]

Nolan's musical Alchemy finished its run at the Jermyn Street Theatre in the West End of London in August 2014. The libretto is based on the composer's original story. [2] He created a sequel entitled King's Ransom in 2017. [6] Both musicals have now taken the first step towards becoming full theatrical-release feature films.

He wrote the lyrics for the 43-minute metal song "Crimson II" by Edge of Sanity, which came out in 2003.

In 2005, Nolan wrote a novel called Mephisto Bridge which is as yet unpublished. [7]

With Strangers on a Train

With Clive Nolan and Oliver Wakeman

With China Zorilla and Noel Calcaterra (story by Elizeth Schluk) 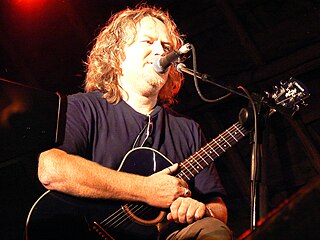 Pendragon are an English neo-progressive rock band established in 1978 in Stroud, Gloucestershire, England, as Zeus Pendragon by guitarist and vocalist Nick Barrett. The word Zeus was dropped before the band started recording, as the members decided it was too long to look good on a T-shirt. There were a few personnel changes in the early days, but since 1986 the lineup has remained relatively stable and the band were still active as of 2020.

Shadowland are a British progressive rock band formed in the 1990s. The band's music tends towards the pop side of progressive rock, while retaining its melodic and emotional intensity.

Michelle Young is an American musician known for her work with the progressive rock group Glass Hammer. Citing Kate Bush as an influence, Young was professionally trained in classical voice at the University of Tennessee-Chattanooga. She left her job as a legal secretary and receptionist in 1996 to pursue her professional career as a female vocalist in progressive rock. A review of her album and a biography was published in the Fall 1996 issue of Progression magazine. 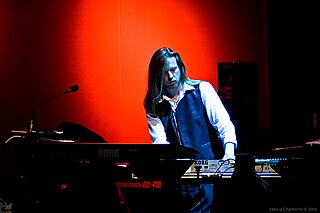 The Nolans are an Irish girl group who formed in 1974 as The Nolan Sisters, before changing their name in 1980. Often referred to as Ireland's First Family of Music, they were the first Irish performers to achieve international success, preceding the likes of The Fureys and The Corrs. 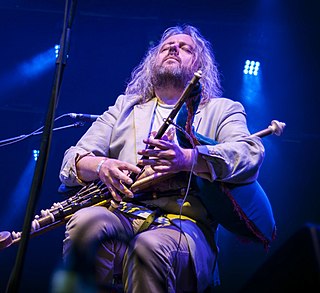 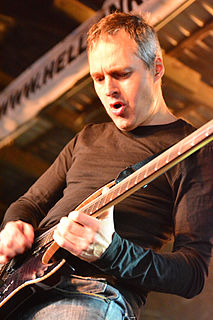 Karl Groom is a British guitarist and record producer. He is best known as a founding and the only constant member of the progressive metal band Threshold. His production and mixing credits are mainly with progressive and power metal bands. 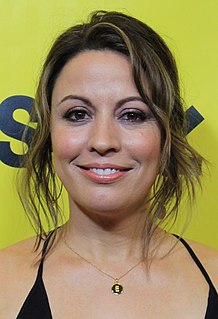 Kay Cannon is an American screenwriter, producer, director, and actress. She is best known for writing and producing the Pitch Perfect film series (2012–2017). She made her directorial debut with the comedy film Blockers (2018).

Mean Girls is a 2004 American teen comedy film directed by Mark Waters, and written by Tina Fey. The film stars Lindsay Lohan, Rachel McAdams, Tim Meadows, Ana Gasteyer, Amy Poehler and Fey. It is partially based on Rosalind Wiseman's 2002 non-fiction self-help book, Queen Bees and Wannabes, which describes female high school social cliques and the damaging effects they can have on girls. Fey also drew from her own experience at Upper Darby High School as an inspiration for some of the concepts in the film. The film introduced Amanda Seyfried in her film debut. 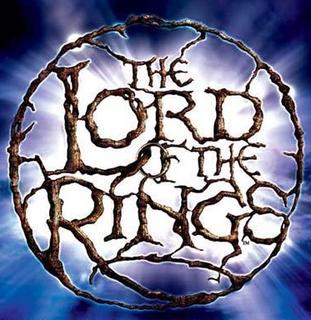 The Lord of the Rings is the most prominent of several theatre adaptations of J. R. R. Tolkien's epic high fantasy novel of the same name, with music by A. R. Rahman, Christopher Nightingale and the band Värttinä, and book and lyrics by Matthew Warchus and Shaun McKenna.

Andy Sears is a British musician and vocalist/composer of the band Twelfth Night from November 1983 to December 1986, and again from June 2007 to November 2012.

Concerto Maximo is a live album by the British progressive rock band Pendragon, released in 2009, recorded in Katowice, on October 13, 2008. It was filmed and edited by Metal Mind. It was released in several versions - a 2 CD release, featuring just the audio from the show, a DVD, featuring the full show, and a DVD and 2 CD special edition, which was limited to 1000 copies.

So, 2008 was the 30th Anniversary of Pendragon....they said we wouldn't make it....they were wrong! Not only have we made it but it seems we have made a most relevant album this year, namely Pure. This DVD was filmed at the Teatr Slaski in Katowice Poland, which was part of a 30 date European jaunt to promote the new album Pure, even though there are only 3 songs which is about 20 minutes of material from the Pure album on this DVD.....yes we did want to play Indigo as well, but with 4 hours of material to learn for our Megadaze [UK convention] and Peel To The Power of 2 shows, we never got to rehearse it. We also had to work out all the parts for Pure as we were finishing the recording and mixing off in July. However we did want to film and record material that hadn't appeared on the other DVDs, but when we tried the proposed set list for the DVD in Bielsko, it didn't quite gel together and we felt missed a few classics, so we decided to make this a really huge 3 hour DVD, and add some of the crowd favourites as well, like Spell and Masters, besides you have never heard these songs with Scotty on......I don't think you're going to be disappointed!"

"Secret Santa" is the eighth episode of the fourth season of the American television comedy series 30 Rock, and the 66th overall episode of the series. The episode was written by series' creator Tina Fey and directed by Beth McCarthy-Miller. It originally aired on the National Broadcasting Company (NBC) in the United States on December 10, 2009. The episode featured appearances by actors Cheyenne Jackson as Danny Baker, Julianne Moore as Nancy Donovan, and Larry Wilcox playing himself. 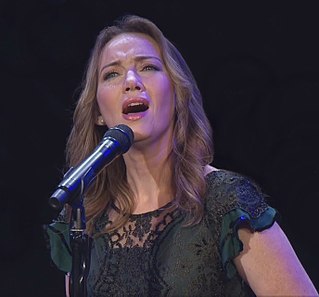 Alexandria Sharpe is an Irish soprano singer and actress mostly known for her live roles in London's West End and on the Irish stage. In the United States she is best known as one of the former members of Celtic Woman from 2008–2010. 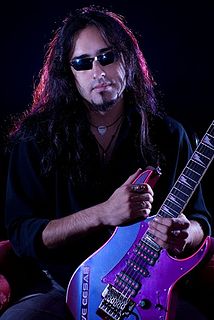 Xavier Moyano is an Argentine musician; producer, performer, composer, and educator. He began his career as a session guitarist in Tucuman in 1999. By 2003 was the guitarist for rock/pop band AVe Cesar until 2008, after that he became a solo rock instrumentalist. He is currently a session musician, guitarist and producer of Cossas Novas, Los Delirantes and RockBro's (Rock). 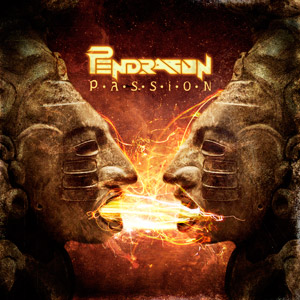 Passion is the ninth studio album by English neo-progressive rock group Pendragon. It was released as a special edition in April 11, 2011 on Madfish, a division label of Snapper Music and in regular form through Toff Records, the band's own imprint. Two packaging formats of the Madfish album exist, digi-book and super jewel case both accompanied by a DVD featuring a behind-the-scenes footage titled 'Progumentary', filmed by the band themselves during the recording of the album. There is also a two-disc, three sided orange coloured vinyl edition with gatefold sleeve. 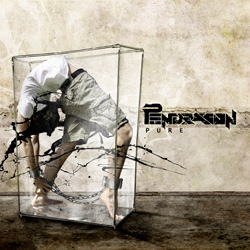 Pure is the eighth studio album by English neo-progressive rock group Pendragon. It was first released on October 1, 2008, as a regular edition on Toff Records, the band's own imprint, and reissued in March 14, 2011, as a special CD+DVD edition in rigid digi book through Madfish, a division label of Snapper Music. The DVD in the new special packaging has an 1hr. 24min. footage titled 'Handy-Cam Progumentary', recorded by the band themselves.

Tracy Hitchings is an English musician, and former lead vocalist for the progressive rock band Landmarq. Her musical credits span from 1989 to the present day with many notable sessions with various bands and artists. Hitchings is known for her charismatic stage presence and wide vocal range. 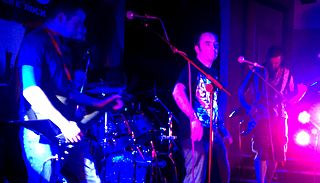 Gandalf's Fist is an English band originally from Maryport, Cumbria, England. The band operates and records their own material from their headquarters currently located in South Norfolk. Their music is influenced by 1970s progressive/psychedelic rock. The group formed in 2005, and built their reputation through various airplay by national radio with the help of several interviews in the "Classic Rock presents Prog"-Magazine, they cemented their reputation by playing at the "Second Stage" of Planet Rockstock in Great Yarmouth in December 2013, despite being a "initially studio only" project. They were featured in the TOP20 of Geoff Barton's 2013 Critic's choice in PROG Magazine Issue #41.

Andy Edwards is a British drummer and multi-instrumentalist musician, who is best known as former member of the progressive rock bands Frost* and IQ.