Jesse Clyde Milan (March 25, 1887 – March 3, 1953) was an American baseball player who spent his entire career as an outfielder with the Washington Senators (1907–1922). He was not a powerful batter, but was adept at getting on base and was fleet of foot, receiving the nickname "Deerfoot" for his speed. He set a modern-rules record for stolen bases in a season with 88 in 1912, a mark surpassed three years later by Ty Cobb. Milan was mostly a center fielder.

As a player-manager (1922 only), with the Senators, he was 69–85, a .448 lifetime winning percentage, after which he managed minor league teams and spent 17 seasons (1928–29 and 1938 until his death) as a coach with Washington. His brother, Horace Milan, was briefly his teammate with the Senators.

Milan suffered a fatal heart attack in Orlando, Florida in 1953, during the Senators' 1953 spring training camp, where Milan had been serving as a coach. 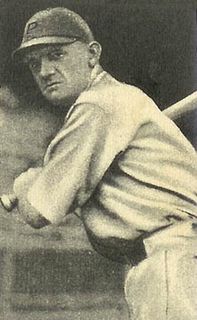 Maximillian George Carnarius, known as Max George Carey, was an American professional baseball center fielder and manager. Carey played in Major League Baseball for the Pittsburgh Pirates from 1910 through 1926 and for the Brooklyn Robins from 1926 through 1929. He managed the Brooklyn Dodgers in 1932 and 1933. 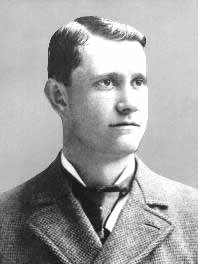 Edward James Delahanty, nicknamed "Big Ed", was an American professional baseball player, who spent his Major League Baseball (MLB) playing career with the Philadelphia Quakers, Cleveland Infants, Philadelphia Phillies, and Washington Senators. He was renowned as one of the game's early power hitters, and while primarily a left fielder, also spent time as an infielder. Delahanty won a batting title, batted over .400 three times, and has the fifth-highest career batting average in MLB history. He was elected to the Baseball Hall of Fame, in 1945. Delahanty died falling into Niagara Falls or the Niagara River, after being removed from a train while intoxicated. 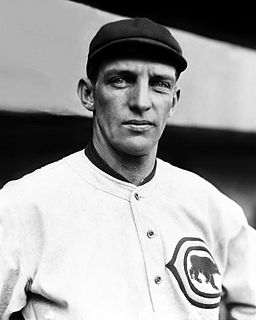 Frank M. "Wildfire" Schulte was an American right fielder in Major League Baseball who played for the Chicago Cubs, Pittsburgh Pirates, Philadelphia Phillies, and Washington Senators from 1904 to 1918. He helped the Cubs win four National League (NL) championships and two World Series. In 1911, he won the NL Chalmers Award, the precursor to the Major League Baseball Most Valuable Player Award. 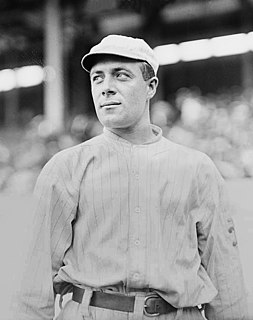 Kenneth Roy Williams was an American professional baseball player. He played as an outfielder in Major League Baseball from 1915 to 1929. Williams began his major league career with the Cincinnati Reds before spending the majority of his playing days with the St. Louis Browns, and ended his career playing for the Boston Red Sox. He batted left-handed and threw right-handed. In 1922, Williams became the first player in Major League Baseball history to hit 30 home runs and steal 30 bases in the same season. 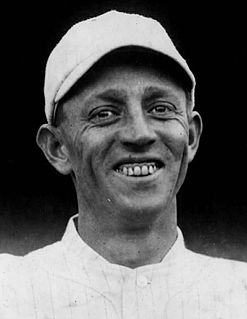 Clarence William "Tilly" Walker was an American professional baseball player. After growing up in Limestone, Tennessee, and attending college locally at Washington College, he entered Major League Baseball (MLB). He was a left fielder and center fielder for the Washington Senators, St. Louis Browns, Boston Red Sox and Philadelphia Athletics from 1911 to 1923.

George Washington Case was an American left and right fielder in Major League Baseball who played most of his career for the Washington Senators. Possibly the sport's fastest player between the 1920s and 1950s, he is the only player to lead the major leagues in stolen bases five consecutive times, and his six overall league titles tied Ty Cobb's American League record; that mark was later broken by Luis Aparicio. His 349 career steals ranked ninth in AL history at the end of his career, and were the most by any player from 1930 to 1960; his 321 steals with the Senators were the third most in Washington history. 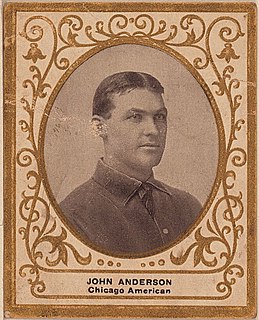 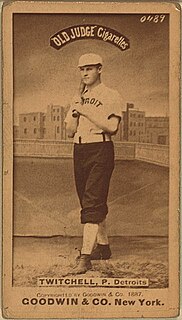 James Franklin Slagle, nicknamed both "Rabbit" and "Shorty", was a professional baseball player who played as an outfielder in Major League Baseball (MLB) from 1899 to 1908. In his 10 MLB seasons, he played for four teams, all in the National League. Officially, he was 5 feet 7 inches (1.70 m) in height and weighed 144 pounds (65 kg). He batted left-handed and threw right-handed. 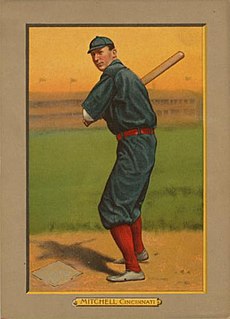 Michael Francis Mitchell was an outfielder in Major League Baseball from 1907 to 1914. He played for the Cincinnati Reds, Chicago Cubs, Pittsburgh Pirates, and Washington Senators. Known for his powerful throwing arm, Mitchell was also a decent hitter who led the National League in triples twice. He stood at 6' 1" and weighed 185 lbs. 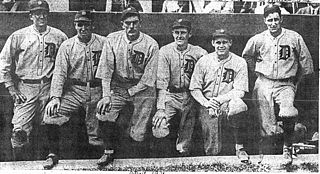 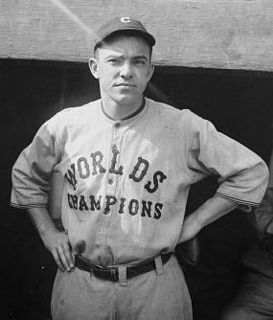