Maxwell Coburn Whitmore [1] (June 11, 1913 – October 12, 1988) [2] was an American painter and magazine illustrator known for his Saturday Evening Post covers, and a commercial artist whose work included advertisements for Gallo Wine and other national brands. He additionally became known as a race-car designer.

Whitmore was inducted into the Society of Illustrators Hall of Fame in 1978.

Coby Whitmore was born in Dayton, Ohio, the son of Maxwell Coburn Whitmore Sr. and Charlotte Bosler. He graduated from Steele High School [3] and attended the Dayton Art Institute. [4] [3] After moving to Chicago, Illinois, he apprenticed with Haddon Sundblom, illustrator of the "Sundblom Circle", in addition to working for the Chicago Herald Examiner and taking night classes at the Chicago Art Institute. [3] Whitmore moved to New York in 1942 and shortly afterward joined the Charles E. Cooper Studio, on West 57th Street in New York City. [1] [5] [6] There he illustrated for leading magazines of the day and did other commercial art.

Aside from women's magazines, Whitmore also illustrated for Esquire , The Saturday Evening Post and Sports Illustrated . [1]

Whitmore's work influenced such comic-book artists as John Buscema, [12] John Romita, Sr., [13] and Phil Noto. [14] Glen Murakami, producer of the 2000s Teen Titans animated series on Cartoon Network, cited Whitmore and fellow illustrator Bob Peak as "big influences on the loose, painterly style we have been using for the backgrounds". [15]

His work was presented alongside that of several contemporaries of illustrator Al Parker in the "Re-Imagining the American Woman" section of the retrospective "Ephemeral Beauty: Al Parker and the American Women's Magazine, 1940-1960", mounted by the Norman Rockwell Museum from June 9 to October 28, 2007. [16]

Whitmore art is included in the permanent collections of The Pentagon, the United States Air Force Academy, the New Britain Museum of American Art, and Syracuse University. [1]

Whitmore was inducted into the Society of Illustrators Hall of Fame in 1978. [17]

He received awards from the Art Directors Clubs of New York, Philadelphia and Chicago. [1] 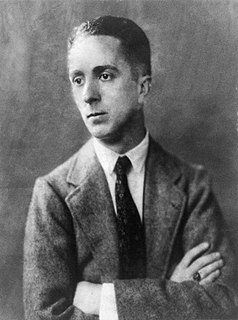 Haddon Hubbard "Sunny" Sundblom was an American artist of Finnish and Swedish descent and best known for the images of Santa Claus he created for The Coca-Cola Company. Sundblom's friend Lou Prentice was the original model for the illustrator's Santa.

Sal Buscema is an American comics artist, primarily for Marvel Comics, where he enjoyed a ten-year run as artist of The Incredible Hulk. He is the younger brother of comics artist John Buscema. 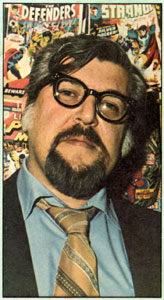 John Buscema was an American comic book artist and one of the mainstays of Marvel Comics during its 1960s and 1970s ascendancy into an industry leader and its subsequent expansion to a major pop-culture conglomerate. His younger brother Sal Buscema is also a comic book artist. 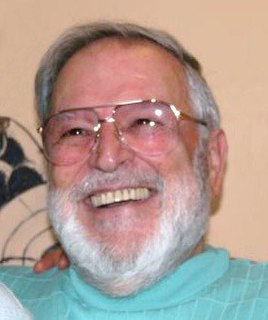 John V. Romita is an American comic book artist best known for his work on Marvel Comics' The Amazing Spider-Man and for co-creating characters including the Punisher and Wolverine. He was inducted into the Will Eisner Comic Book Hall of Fame in 2002. Romita is the father of John Romita Jr., also a comic book artist and husband of Virginia Romita, for many years Marvel's traffic manager.

John Salvatore Romita, known professionally as John Romita Jr., is an American comics artist best known for his extensive work for Marvel Comics from the 1970s to the 2010s. He is the son of artist John Romita Sr. 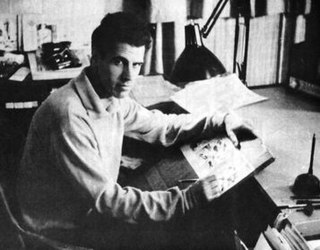 Bernie Fuchs was an American illustrator known for advertising art, magazine illustration and portraiture, including for a series of U.S. postage stamps.

Albert Dorne was an American illustrator and entrepreneur, and was co-founder of correspondence schools for aspiring artists, photographers, and writers. Dorne was co-founder of the Code of Ethics and Fair Practices of the Profession of Commercial Art and Illustration. 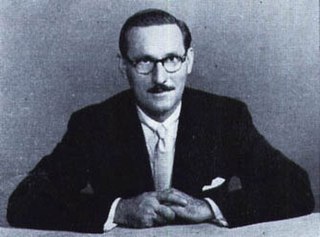 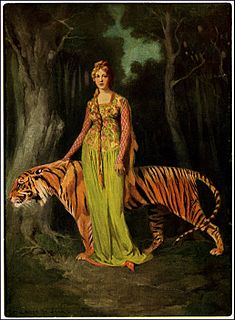 James Allen St. John was an American author, artist and illustrator. He is especially remembered for his illustrations for the novels of Edgar Rice Burroughs, although he illustrated works of many types. He taught at the Chicago Art Institute and with the American Academy of Art. He is considered by many to be 'The Godfather of Modern Fantasy Art'. His most famous disciples were Roy Krenkel and Frank Frazetta, the latter of whom has also been styled as the grandmaster of the Genre. 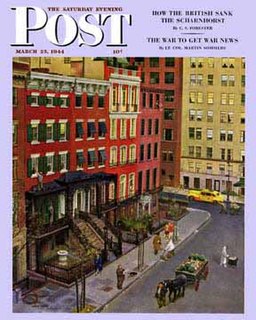 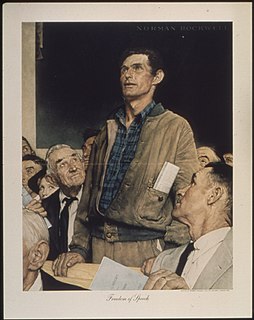 The Four Freedoms is a series of four 1943 oil paintings by the American artist Norman Rockwell. The paintings—Freedom of Speech, Freedom of Worship, Freedom from Want, and Freedom from Fear—are each approximately 45.75 inches (116.2 cm) × 35.5 inches (90 cm), and are now in the Norman Rockwell Museum in Stockbridge, Massachusetts. The four freedoms refer to President Franklin D. Roosevelt's January 1941 Four Freedoms State of the Union address in which he identified essential human rights that should be universally protected. The theme was incorporated into the Atlantic Charter, and became part of the charter of the United Nations. The paintings were reproduced in The Saturday Evening Post over four consecutive weeks in 1943, alongside essays by prominent thinkers of the day. They became the highlight of a touring exhibition sponsored by The Post and the U.S. Department of the Treasury. The exhibition and accompanying sales drives of war bonds raised over $132 million.

Jess David Spurlock is an author, illustrator, editor, and artist's-rights advocate best known as the founder of Vanguard Productions, a publisher of art books, graphic novels, and prints. 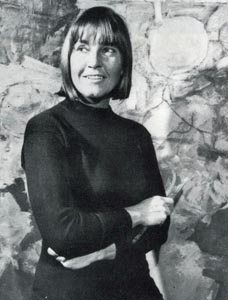 Lorraine Fox (1922–1976) was an American illustrator and commercial artist who illustrated magazines, book covers, and advertisements. Among the magazines she illustrated for were Woman's Day, Good Housekeeping, Redbook, McCall's, and Cosmopolitan. She was inducted into the Society of Illustrators' Hall of Fame in 1979.

Orson Byron Lowell (1871–1956) was an American artist and illustrator of covers and interiors for magazines. 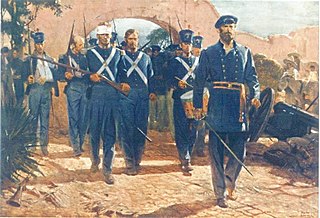 Tom Lovell was an American illustrator and painter. He was a creator of pulp fiction magazine covers and illustrations, and of visual art of the American West. He produced illustrations for National Geographic magazine and many others, and painted many historical Western subjects such as interactions between Indians and white settlers and traders. He was inducted into the Society of Illustrators' Hall of Fame in 1974.