Colți is known for having been the only place in Romania where amber was extracted. The old amber mine has been closed since 1948, but the commune is the location of the only amber museum in Romania. The museum was opened in 1973 and exhibits pieces of amber and other minerals as well as deeds and documents that refer to amber mining. [1]

Amber is fossilized tree resin, which has been appreciated for its color and natural beauty since Neolithic times. Much valued from antiquity to the present as a gemstone, amber is made into a variety of decorative objects. Amber is used in jewelry. It has also been used as a healing agent in folk medicine.

A deed is any legal instrument in writing which passes, affirms or confirms an interest, right, or property and that is signed, attested, delivered, and in some jurisdictions, sealed. It is commonly associated with transferring (conveyancing) title to property. The deed has a greater presumption of validity and is less rebuttable than an instrument signed by the party to the deed. A deed can be unilateral or bilateral. Deeds include conveyances, commissions, licenses, patents, diplomas, and conditionally powers of attorney if executed as deeds. The deed is the modern descendant of the medieval charter, and delivery is thought to symbolically replace the ancient ceremony of livery of seisin.

The most important exhibits are some pieces of amber that weigh over 1.5 kilograms, an earring with a piece of amber that preserves a 3-million-year-old ant, and another piece that kept the shape of the tree from whose resin it emerged. [1] 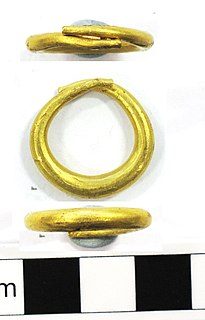 An earring is a piece of jewelry attached to the ear via a piercing in the earlobe or another external part of the ear. Earrings are worn by both sexes, although more common among women, and have been used by different civilizations in different times. 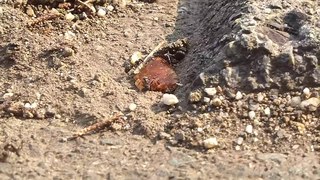 Ants are eusocial insects of the family Formicidae and, along with the related wasps and bees, belong to the order Hymenoptera. Ants evolved from wasp-like ancestors in the Cretaceous period, about 140 million years ago, and diversified after the rise of flowering plants. More than 12,500 of an estimated total of 22,000 species have been classified. They are easily identified by their elbowed antennae and the distinctive node-like structure that forms their slender waists.

In polymer chemistry and materials science, resin is a solid or highly viscous substance of plant or synthetic origin that is typically convertible into polymers. Resins are usually mixtures of organic compounds. This article focuses on naturally-occurring resins.

Amber is a common ornament for the people of Colți, who wear amber pieces as good luck charms. 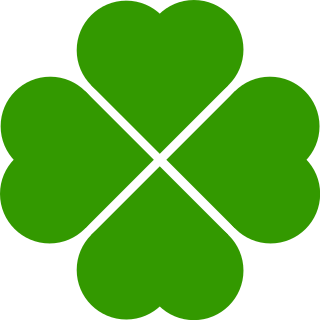 A good luck charm is an amulet or other item that is believed to bring good luck.

6 km away from the commune's center lies the village of Aluniș, where medieval cave settlements can be found. A cave-church was dug in stone in 1274, by local shepherds, and served as a monastery until 1871. Since then, it has served as the village Eastern Orthodox church. 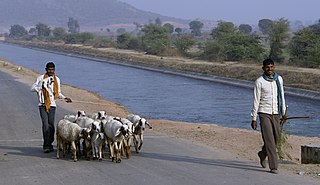 A shepherd or sheepherder is a person who tends, herds, feeds, or guards herds of sheep. Shepherd derives from Old English sceaphierde. 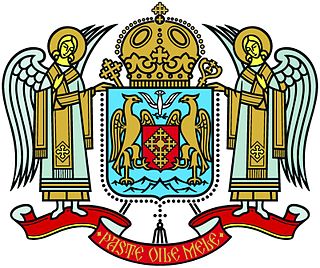 The Romanian Orthodox Church is an autocephalous Orthodox Church in full communion with other Eastern Orthodox Christian Churches, one of the nine Patriarchates in the Eastern Orthodox Church. Since 1925, the Church's Primate bears the title of Patriarch. Its jurisdiction covers the territories of Romania and Moldova, with additional dioceses for Romanians living in nearby Serbia and Hungary, as well as for diaspora communities in Central and Western Europe, North America and Oceania.

San Cristóbal de las Casas, also known by its native Tzotzil name, Jovel, is a town and municipality located in the Central Highlands region of the Mexican state of Chiapas. It was the capital of the state until 1892, and is still considered the cultural capital of Chiapas. 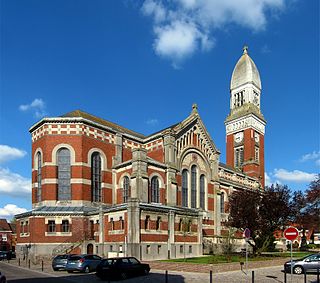 Steenwerck is a commune, in French Flanders, in the Nord department in northern France. It is located about 25 km (16 mi) north of Lille and in 2013 had a population of 3519. People from Steenwerck are known as Steenwerckois. 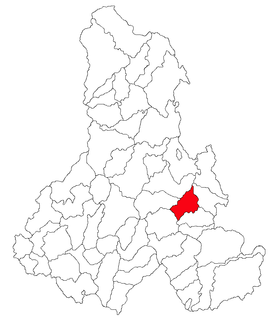 Mihăileni is a commune in Harghita County, Romania. The commune lies in the Székely Land, an ethno-cultural region in eastern Transylvania. 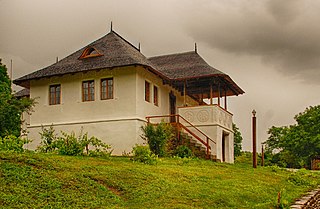 Valea Crișului is a commune in Covasna County, Romania composed of two villages:

Bochnia Commune is a gmina within Lesser Poland Voivodeship in the south of Poland. It is situated on the borderline between two geographical regions: the Sandomierz Basin in the northern part of the commune's territory, and the Wieliczka Piedmont in the southern part.

Escales is a commune in the Aude department in southern France, principally involved in viticulture.

Saint-Avit-Sénieur is a commune in the Dordogne department in Nouvelle-Aquitaine in southwestern France.

Mousseaux-sur-Seine is a commune in the Yvelines department in the Île-de-France region in north-central France.

Fântânele is a commune in Arad County, Romania. The commune is situated on the Vingăi Plateau, on the left bank of the Mureș River. It is composed of two villages: Fântânele and Tisa Nouă. It also included Aluniș and Frumușeni villages until 2004, when they were split off.

Frumușeni is a commune in Arad County, Romania. It lies in the north-eastern part of the Vinga Plateau. It is composed of two villages, Aluniș and Frumușeni. These were part of Fântânele Commune until 2004, when they were split off.

Câmpani is a commune in Bihor County, Romania. Its earliest attested documentation dates to 1600. It is situated in the southern part of the county, near the Apuseni Mountains, on the banks of the Băița River. Câmpani is situated at roughly equal distances to 3 towns: Nucet (5 km), Ștei (6 km), Vașcău (8 km), and 88 km from the county capital Oradea.

Szentlászló is a village in Baranya county, Hungary.

The Copenhagen Amber Museum is a museum on Kongens Nytorv in central Copenhagen, Denmark. It is owned by House of Amber.