Coldstream is a town in Sarah Baartman District Municipality in the Eastern Cape province of South Africa.

Village east of Plettenberg Bay on the Tsitsikamma coast. Famous for a burial stone excavated nearby in 1910, depicting a prehistoric artist holding brush-feather and palette, indicating that rock paintings were being executed in South Africa some 2,000 years ago. Said to be named after a cold stream flowing past. [2] 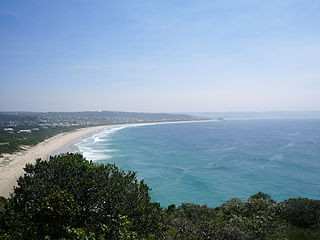 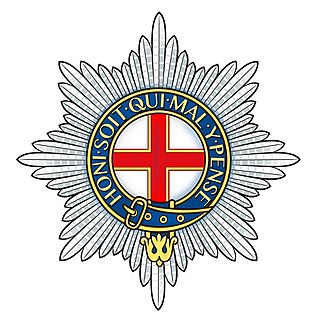 Berwickshire is a historic county, registration county and lieutenancy area in the Scottish Borders. It takes its name from Berwick-upon-Tweed, which was part of Scotland at the time of the county's formation, but became part of England in 1482.

Coldstream is a town and civil parish in the Scottish Borders area of Scotland. A former burgh, Coldstream is the home of the Coldstream Guards, a regiment in the British Army. 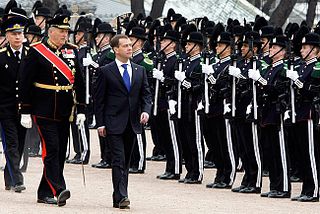 In some militaries, foot guards are senior infantry regiments. Foot guards are commonly responsible for guarding royal families, or other state leaders, and they also often perform ceremonial duties accordingly. 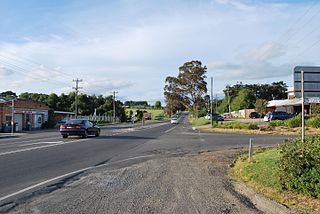 Coldstream is a locality and township within Greater Melbourne beyond the Melbourne metropolitan area Urban Growth Boundary, 36 km north-east from Melbourne's central business district. Its Local Government Area is the Shire of Yarra Ranges. At the 2016 census, Coldstream had a population of 2,164. 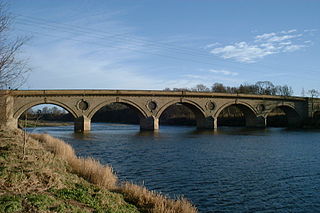 Coldstream Bridge, linking Coldstream, Scottish Borders with Cornhill-on-Tweed, Northumberland, is an 18th-century Grade II* listed bridge between England and Scotland, across the River Tweed. The bridge carries the A697 road across the Tweed.

Coldstream is a burgh in the Scottish Borders on the northern shore of River Tweed. 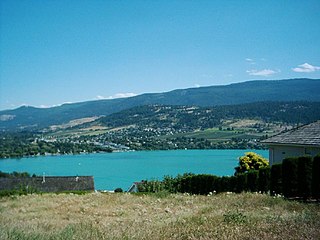 Coldstream is a district municipality in British Columbia, Canada, located at the northern end of Kalamalka Lake in the Okanagan Valley. Incorporated on December 21, 1906, Coldstream celebrated its centennial in 2006. The municipality is directly southeast of Vernon and is considered part of Greater Vernon. It is a member municipality of, and also the location of the head offices, of the Regional District of North Okanagan.

The Honourable Guy Victor Baring was a British Army officer and politician. He became a Conservative member of the British Parliament but was one of 22 Members killed in action in the First World War. 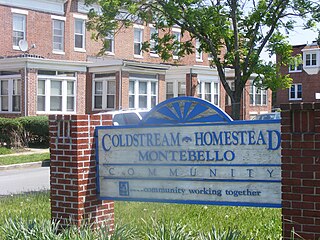 The Coldstream-Homestead-Montebello community, a.k.a. The Chum, located in the northeastern section of Baltimore City, in the U.S. state of Maryland, is bounded by Harford Road on the east; Loch Raven Boulevard on the west; 25th Street on the south; and 32nd and 33rd Street on the north and includes Baltimore's scenic Lake Montebello, a holding pond for the City's Department of Public Works regional water system and the Montebello Filtration Plant to the immediate north. A portion of the neighborhood has been listed on the National Register of Historic Places as the Coldstream Homestead Montebello Historic District, recognized for the development of a more suburban style of rowhouses.

East Baltimore Midway is a neighborhood in the Eastern district of Baltimore, Maryland. Its boundaries are the south side of 25th Street, the east side of Greenmount Avenue, the west side of Harford Road, and the north side of North Avenue.

Coldstream River, a watercourse of the Clarence River catchment, is located in the Northern Rivers district of New South Wales, Australia.

Ngqeleni is a town in O.R.Tambo District Municipality in the Eastern Cape province of South Africa.

Coldstream is a census-designated place (CDP) in southern Anderson Township, Hamilton County, Ohio, United States. The population was 1,173 at the 2010 census. 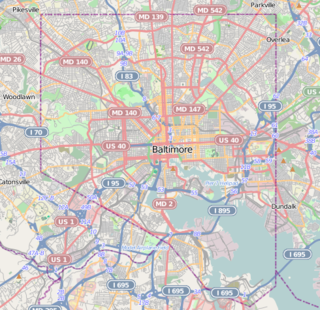 Better Waverly is a neighborhood in the North District of Baltimore, located between the neighborhoods of Charles Village (west) and Coldstream-Homestead-Montebello (east). Its boundaries are marked by East 33rd Street (north), Exeter Hall Avenue (south), Greenmount Avenue (west) and Loch Raven Road (east).

The 2018–19 Scottish Cup is the 134th season of Scotland's most prestigious football knockout competition. The tournament is sponsored by bookmaker William Hill in what is the eighth season of a nine-year partnership, after contract negotiations saw the initial five-year contract extended for an additional four years in October 2015.