The route begins in the west at a junction with SH 93 roughly thirteen miles south of Boulder. From there, the road proceeds eastward into the northern portions of the Denver metropolitan area. The road passes through portions of the cities of Superior, Broomfield, Northglenn, and Westminster and crosses SH 121 before being split by a 3.8 mi (6.1 km) section of concurrency with U.S. Route 287 (US 287) and again resuming its course towards its eastern terminus at exit 223 of I-25 in the city limits of Westminster.

^  a: The 3.8 mi (6.1 km) long section of concurrency with US 287 is not maintained with state funds and therefore not considered to be part of SH 128 by the Colorado Department of Transportation. [1]

U.S. Route 287 (US 287) is a north–south United States highway that is 1,791 miles (2,882 km) long, and serves as the major truck route between Fort Worth and Amarillo, Texas, and between Fort Collins, Colorado, and Laramie, Wyoming. The highway is broken into two segments by Yellowstone National Park, where an unnumbered park road serves as a connector. 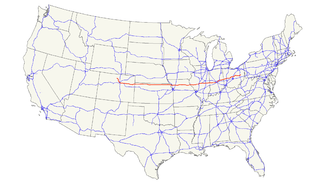 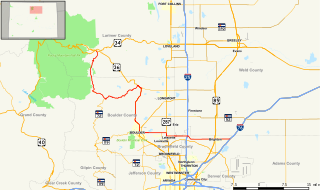 State Highway 470 is the southwestern portion of the Denver Metro area's beltway. Originally planned as Interstate 470 in the 1960s, the beltway project was attacked on environmental impact grounds and the interstate beltway was never built. The portion of "Interstate 470" that was built as a state highway is the present-day SH 470, which is a freeway for its entire length. The route has previously been called the Centennial Freeway. 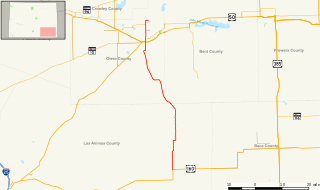 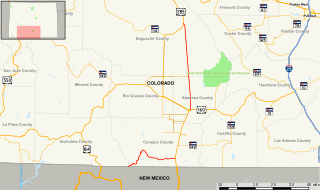 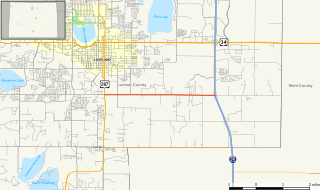 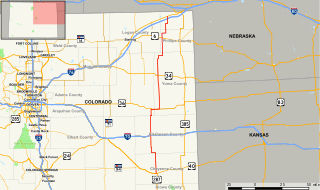 State Highway 79 (SH 79) is a 23.8 mi (38.3 km) long state highway in Adams and Weld counties in Colorado. The highway is also called "Kiowa–Bennett Road" and "Converse Road". It traverses through remote, open plain. The highway does not pass through any towns. It does service some subdivisions in the area. SH 79's southern terminus is at Interstate 70 (I-70), U.S. Route 36 (US 36), US 40 and US 287 south of Bennett, and the northern terminus is at SH 79 in Prospect Valley. 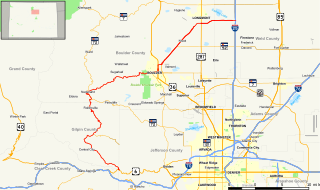 Template:Attached KML/Colorado State Highway 128
KML is from Wikidata
This page is based on this Wikipedia article
Text is available under the CC BY-SA 4.0 license; additional terms may apply.
Images, videos and audio are available under their respective licenses.