Last updated July 03, 2021
"Walibi" redirects here. It is not to be confused with wallaby.

Compagnie des Alpes was first established in 1989 as a ski resort operator. Since 2001, Compagnie des Alpes's activity has extended to theme parks including the Walibi parks. The Walibi group was a company specializing in the management of amusement parks. Originally constituted around the Walibi amusement park located in Wavre in Belgium, it quickly developed and Walibi has become the name of several parks in Europe. The group was bought three times between 1998 and 2006 to end up in the fold of the leisure parks division of Compagnie des Alpes alongside Parc Astérix and the Grévin Museums. The Walibi parks used to be owned by an independent company, run by Belgian Eddy Meeus. They were then sold off to American company Six Flags; however, due to financial problems, they were sold again to Compagnie des Alpes. The company has plans to expand the Walibi brand of theme parks with five of their current locations expected to be converted into Walibi parks. [2] 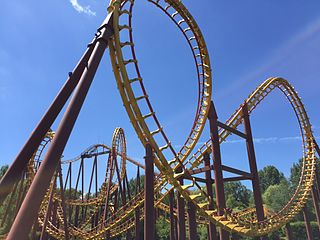 Walibi Belgium, formerly Walibi Wavre and then Six Flags Belgium, is a Belgian theme park located in Wavre, close to Brussels. During the 1998 to 2004 period, it was owned by Six Flags, Inc, an American theme park operator. It was later sold to Palamon Capital Partners. As of 2006, the park is owned and operated, along with Paris' Parc Astérix, by CDA Parks . The Walibi name comes from the mix of Wavre, Limal and Bierges, three towns in the Belgian province of Walloon Brabant, where the park is situated.

Bellewaerde is a theme park in the West Flemish countryside at Zonnebeke near Ypres (Belgium). It was established in 1954, on the grounds of the World War I Battle of Bellewaarde. Named after an old castle in its territory that still stands near the main entrance, Bellewaerde is the oldest operating theme park in Belgium. Originally a zoo and safari, the park expanded in the early eighties to become more of a general theme- and thrillpark, catering towards teens and families. The 54-hectare (130-acre) park is famous for its beautiful gardens, marvelous landscaping and its attention to theming. Its mascotte is a lion dressed as a king, King Lion. Bellewaerde draws about 850,000 - 900,000 visitors a year and is the main theme park in Flanders. 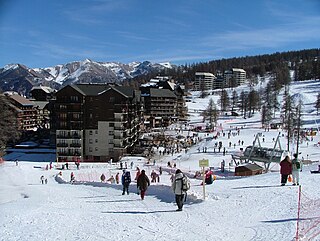 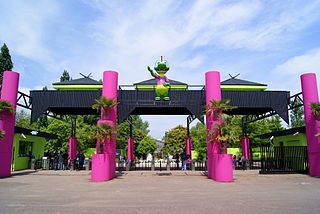 Walygator Parc is an amusement park located in Maizières-les-Metz, Lorraine, France. Since its opening in 1989, the park has had a succession of different names: Big Bang Schtroumpf (Smurf), Walibi Schtroumpf, Walibi Lorraine and now Walygator Parc.

P&P Projects is an international company that first started as a one-man business in Asten, Netherlands making space models and that now specializes in projects for the leisure industry. The company has been constructing and decorating projects for several organisations such as theme parks, museums, visitor centres, family entertainment centres, zoos and swimming pools around the world. P&P Projects specializes in theming, scenery, props, inter-actives, exhibits, animatronics, specials, scale models, and high quality interiors. 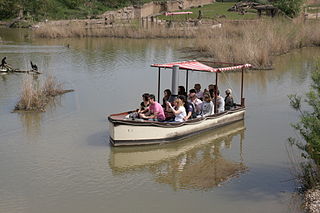 Dolfinarium Harderwijk, better known as the Dolfinarium, is a marine mammal park in Harderwijk, the Netherlands. It is the largest marine mammal park in Europe. Visitor numbers were steady from 2005 to 2011, numbering between 700,000 and 800,000, with only the opening of new attractions responsible for a surge in numbers. In 2012 the Dolfinarium made €12 million in sales, which was around €2,4 million lower than the year before. This was mainly due to a decline in visitor numbers because of orca Morgan leaving the park, and the park temporarily closing down due to the start of construction at the end of the year. 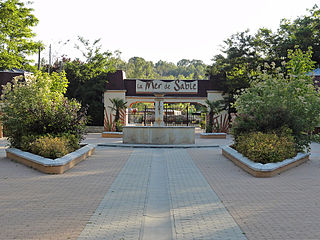 La Mer de Sable is an amusement park founded 1963 and is located in Ermenonville Forest. The park is close to the commune of Ermenonville in the Oise department of northern France. The park is owned and operated by the Looping Group. 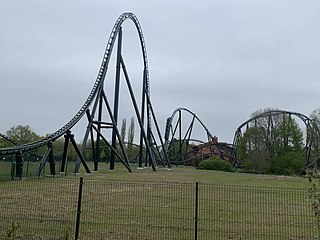 Kondaa is a steel roller coaster at Walibi Belgium in Wavre, Belgium. First unveiled at the IAAPA 2018 Expo, the coaster marks the end of a three-year park investment plan and upon opening became the tallest and fastest coaster in the Benelux region, as well as the park's ninth coaster. Kondaa features a top speed of 70.2 mph (113.0 km/h), a notable 15 airtime moments, and the world's first non-inverting cobra roll element.

Mystic is a steel roller coaster located at Walibi Rhône-Alpes in Les Avenières, France. The coaster marked the park's 40th anniversary as well as a headlining part of a decade-long, €25 million investment plan. The coaster was manufactured by Gerstlauer and traverses a total 1,886.5 feet (575.0 m) of track both forwards and backwards, at a top speed of 52.8 mph (85.0 km/h). 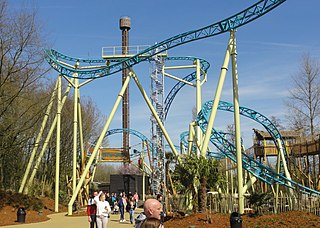 Tiki-Waka is a steel family roller coaster located at Walibi Belgium in Wavre, Belgium. The Polynesian-themed coaster opened for the 2018 season as the headlining attraction in the newly re-themed Exotic World area, and kickstarted a multi-year, €100,000 expansion plan.

Plopsa Coo is a themepark near the waterfalls of Coo in Stavelot, owned and operated by Plopsa.