Comsys Holdings Corporation (コムシスホールディングス株式会社, Komushisu Hōrudingusu Kabushiki-gaisha) is a Japanese construction company, specializing in telecommunication facility construction and engineering. [4] It is a constituent of the Nikkei 225 stock market index. [5]

The company designed and built a 4.87-MW solar plant in the prefecture of Kyoto for Lixil Group that was launched on September 1, 2015. [6] A year later Comsys started the operation of a floating solar power plant on a reservoir in Kato City, Hyogo Prefecture. [7]

Shimizu Corporation is an architectural, civil engineering and general contracting firm. It has an annual sales of approximately US$15 billion and has been widely recognized as one of the top 5 contractors in Japan and among the top 20 in the world. 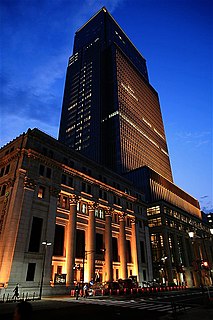 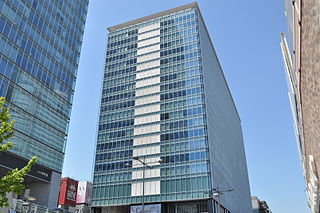 Lixil Group Corporation is a Japanese manufacturer of building materials and housing equipment, headquartered in Tokyo.

Ushio, Inc. is a Japanese company headquartered in Tokyo. It was established in 1964, and its main business is in lighting equipment.