Romania competed at the 1956 Summer Olympics in Melbourne, Australia and Stockholm, Sweden. 44 competitors, 33 men and 11 women, took part in 35 events in 10 sports.

Alina Dumitru is a Romanian judoka, one-time Olympic champion and eight-time European champion. At the 2008 Summer Olympics she defeated Japanese double gold medallist Ryoko Tani, who until then had been undefeated in major international competitions for 12 years.

Ion Nunweiller was a Romanian football defender and manager.

Gheorghe Constantin was a Romanian former footballer and coach. Known as The Professor, he was a symbol of Steaua Bucureşti. 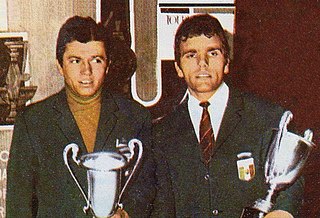 Dumitru Focşneanu was a Romanian bobsledder who had his best results as a brakeman with Ion Panțuru. Together they won two medals in the two-man event at the FIBT World Championships with a silver in 1969 and a bronze in 1973.

Dumitrescu is a Romanian surname. Notable people with the surname include: 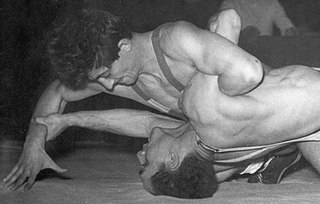 Dumitru Alexe was a Romanian sprint canoeist, who had his best achievements in doubles, partnering with Simion Ismailciuc. They won an Olympic gold medal in 1956, a European title in 1957 and a world title in 1958. At the 1960 Olympics Dunitru competed with Igor Lipalit and placed fourth. 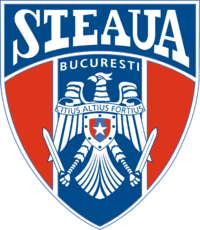 CSA Steaua București is a Romanian professional handball club based in Bucharest, Romania. It competes in the Romanian Handball League. They are part of the CSA Steaua sports organization.

Dumitru Răducanu is a retired Romanian rowing coxswain. He competed at the 1984, 1992 and 2000 Olympics and won a gold, a silver and a bronze medal. At the world championships he won one gold, three silver and two bronze medals between 1985 and 1999. Răducanu took up rowing in 1982, and after retiring from competitions in 2000 worked as a rowing coach.

The 1952 season was Dinamo Bucureşti's fourth season in Divizia A. Dinamo came again close to their first championship in history, but finished only on second position with 34 points, two points behind champion CCA. Dinamo has not lost any match at home and was the only team to defeat the champions the entire season. Titus Ozon became the first scorer of the tournament in Dinamo's history with 17 goals this season.

Dumitru Mustață was a Romanian fencer. He competed in the individual and team sabre events at the 1960 Summer Olympics.

Constantin Koszka is a Romanian former footballer. He competed in the men's tournament at the 1964 Summer Olympics.

Dumitru Ivan was a Romanian footballer. He competed in the men's tournament at the 1964 Summer Olympics. 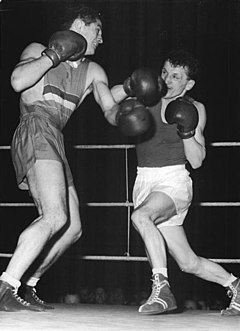