The Convention Parliament of England (25 April 1660 – 29 December 1660) followed the Long Parliament that had finally voted for its own dissolution on 16 March that year. [1] Elected as a "free parliament", [2] i.e. with no oath of allegiance to the Commonwealth or to the monarchy, it was predominantly Royalist in its membership. It assembled for the first time on 25 April 1660.

After the Declaration of Breda had been received, Parliament proclaimed on 8 May that King Charles II had been the lawful monarch since the death of Charles I in January 1649. The Convention Parliament then proceeded to conduct the necessary preparation for the Restoration Settlement. These preparations included the necessary provisions to deal with land and funding such that the new régime could operate.

Reprisals against the establishment which had developed under Oliver Cromwell were constrained under the terms of the Indemnity and Oblivion Act which became law on 29 August 1660. Nonetheless there were prosecutions against those accused of regicide, the direct participation in the trial and execution of Charles I.

In legal statutes, the Convention parliament is cited as 12 Charles II (parliamentary session of the "12th regnal year of Charles II"). Among the acts passed by it were:

As all the acts of the Commonwealth parliaments were obliterated from the legal record, the Convention Parliament replicated some of the legislation they wanted to keep (e.g. the Navigation Act of 1651) in new acts. 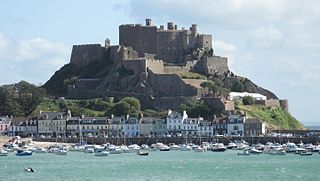 The Indemnity and Oblivion Act 1660 was an Act of the Parliament of England, the long title of which is "An Act of Free and General Pardon, Indemnity, and Oblivion". This act was a general pardon for everyone who had committed crimes during the Civil War and Interregnum with the exception of certain crimes such as murder, piracy, buggery, rape and witchcraft, and people named in the act such as those involved in the regicide of Charles I. It also said that no action was to be taken against those involved at any later time, and that the Interregnum was to be legally forgotten.

John Phelps was a Clerk and Registrar of the Committee for Plundered Ministers and of the High Court which tried Charles I of England for high treason in 1649.

Commissioners of Supply were local administrative bodies in Scotland from 1667 to 1930. Originally established in each sheriffdom to collect tax, they later took on much of the responsibility for the local government of the counties of Scotland. In 1890 they ceded most of their duties to the county councils created by the Local Government (Scotland) Act 1889. They were finally abolished in 1930.

The Adventurers' Act is an Act of the Parliament of England which specified its aim as "the speedy and effectual reducing of the rebels in His Majesty's Kingdom of Ireland".

The Legal Proceedings During Commonwealth Act 1660 or Act of the Confirmation of Judicial Proceedings was enacted by the English Parliament to legitimise the outcome of judicial proceedings during the English interregnum. It was repealed by the Statute Law Revision Act 1948.

The Custos Brevium was an official in the English court system: in the Court of Common Pleas and Court of King's Bench. The post was abolished by Act of Parliament in 1830.

Valentine Walton was an English politician, a member of the Parliamentarian faction in the English Civil War, and one of the regicides of King Charles I of England.

The Restoration of the monarchy began in 1660. The Commonwealth of England, Scotland and Ireland (1649–60) resulted from the Wars of the Three Kingdoms but collapsed in 1659. Politicians such as General Monck tried to ensure a peaceful transition of government from the "Commonwealth" republic back to monarchy. From 1 May 1660 the English, Scottish and Irish monarchies were all restored under King Charles II. The term Restoration may apply both to the actual event by which the monarchy was restored, and to the period immediately before and after the event.

John Penrose was an English politician who sat in the House of Commons from 1646 to 1648.

The Commissioners for loyal and indigent officers were a body formed by a 1662 Act of the Parliament of England to provide relief to impoverished Royalist officers who had served in the English Civil War.

The Land Tax was a land value tax levied in England from 1692 to 1963, though such taxes predate the best-known 1692 Act. Taxes on land date back to the Norman Conquest and beyond, and the Land Tax introduced in 1689 was a natural successor to taxation acts in 1671 and 1689, but the 1692 act "has been regarded as a turning point in the history of English revenue collection. It was from this Act that contemporaries and historians alike date what has come to be known as the eighteenth century Land Tax". The land tax elements of the 1671, 1689 and 1692 Acts were limited to one year but the 1798 Act made the tax perpetual.