Conyers Herring completed his Ph.D. in physics from Princeton University in 1937, submitting a dissertation entitled On Energy Coincidences in the Theory of Brillouin Zones under the direction of Eugene Wigner. In 1946, he joined the technical staff of Bell Laboratories in Murray Hill, New Jersey, where he remained until 1978. Then, he joined the faculty at Stanford University.

Conyers Herring played a major role in the development of solid state physics.

He laid the foundations of band structure calculations of metals and semiconductors, culminating in the discovery of the Orthogonalized Plane Wave Method (O.P.W.) in 1940. He was years ahead of his time in this contribution. A great deal of modern solid state physics as produced today stems from this original and early paper.

In 1937, he predicted the existence of Weyl semimetal, materials that display Weyl quasiparticles, which were experimentally demonstrated in 2015. [2]

His influence on the development of solid state physics extends to a deep understanding of many facets such as surface physics, of thermionic emission, of transport phenomena in semiconductors and of collective excitations in solids such as spin waves.

He created the theoretical physics division at Bell Telephone Laboratory. Because of this, the total research effort at this institution and brought about much of the most original research in condensed matter physics during the latter half of the 20th century.

He has also been most influential in promoting international cooperation among scientists and through his character and his personal example, he has exemplified a somewhat unattainable ideal of how a research scholar in any field should operate.

He has contributed to religion and science discussions. He has stated about God that "Things such as truth, goodness, even happiness, are achievable by virtue of a force that is always present, in the here and now and available to me personally". [3]

In 1984/85 Conyers Herring was awarded the Wolf Prize in Physics along with Philippe Nozieres for "their major contributions to the fundamental theory of solids, especially of the behaviour of electrons in metals". [4] In 1980 he was awarded the NAS Award for Scientific Reviewing from the National Academy of Sciences. [5] 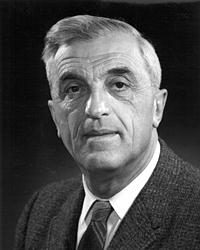 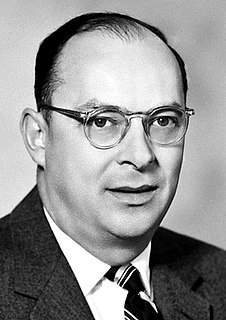 John Bardeen was an American engineer and physicist. He is the only person to be awarded the Nobel Prize in Physics twice: first in 1956 with William Shockley and Walter Brattain for the invention of the transistor; and again in 1972 with Leon N Cooper and John Robert Schrieffer for a fundamental theory of conventional superconductivity known as the BCS theory. 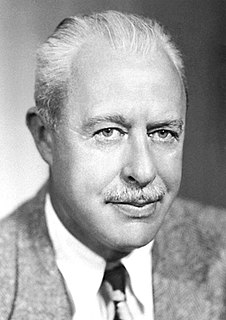 Walter Houser Brattain was an American physicist at Bell Labs who, along with fellow scientists John Bardeen and William Shockley, invented the point-contact transistor in December 1947. They shared the 1956 Nobel Prize in Physics for their invention. Brattain devoted much of his life to research on surface states.

Zhores Ivanovich Alferov was a Soviet and Russian physicist and academic who contributed significantly to the creation of modern heterostructure physics and electronics. He shared the 2000 Nobel Prize in Physics for the development of the semiconductor heterojunction for optoelectronics. He also became a politician in his later life, serving in the lower house of the Russian parliament, the State Duma, as a member of the communist party since 1995.

Philip Warren Anderson was an American theoretical physicist and Nobel laureate. Anderson made contributions to the theories of localization, antiferromagnetism, symmetry breaking, and high-temperature superconductivity, and to the philosophy of science through his writings on emergent phenomena. Anderson is also responsible for naming the field of physics that is now known as condensed matter physics. 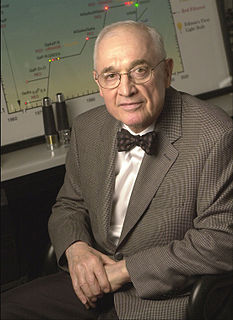 Geoffrey Ronald Burbidge FRS (24 September 1925 – 26 January 2010) was an English astronomy professor and theoretical astrophysicist, most recently at the University of California, San Diego. He was married to astrophysicist Margaret Burbidge. and was one of the authors of the influential B2FH paper.

Victor Frederick "Viki" Weisskopf was an Austrian-born American theoretical physicist. He did postdoctoral work with Werner Heisenberg, Erwin Schrödinger, Wolfgang Pauli and Niels Bohr. During World War II he was Group Leader of the Theoretical Division of the Manhattan Project at Los Alamos, and later campaigned against the proliferation of nuclear weapons. 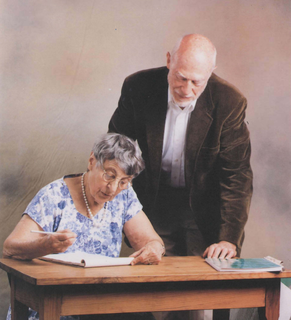 Bryce Seligman DeWitt was born on January 8, 1923, he was an American theoretical physicist renowned for his work in gravitation and quantum field theory. 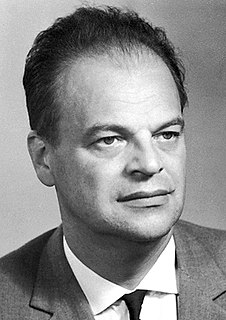 Nikolay Gennadiyevich Basov was a Soviet physicist and educator. For his fundamental work in the field of quantum electronics that led to the development of laser and maser, Basov shared the 1964 Nobel Prize in Physics with Alexander Prokhorov and Charles Hard Townes.

Henry Way Kendall was an American particle physicist who won the Nobel Prize in Physics in 1990 jointly with Jerome Isaac Friedman and Richard E. Taylor "for their pioneering investigations concerning deep inelastic scattering of electrons on protons and bound neutrons, which have been of essential importance for the development of the quark model in particle physics." 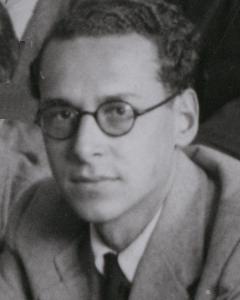 Maurice Goldhaber was an American physicist, who in 1957 established that neutrinos have negative helicity.

Marvin Lou Cohen is an American theoretical physicist. He is a University Professor of Physics at the University of California, Berkeley. Cohen is a leading expert in the field of Condensed Matter Physics. He is highly cited and most widely known for his seminal work on the electronic structure of solids.

Esther Marley Conwell was a pioneering American chemist and physicist.

Philippe Pierre Gaston François Nozières is a French physicist working at Institut Laue-Langevin in Grenoble, France. He was born in Paris.

Harden M. McConnell was a scientist—one of the leading physical chemists of the last 50 years. His work provided the foundation for many areas within science today, and has been internationally recognized by the many awards he has received, including the National Medal of Science, the Wolf Prize, and election to the National Academy of Science."

Anthony J. DeMaria is an American researcher in lasers and their applications, particularly known for his work with picosecond laser pulses.