Cordelia Maria Edvardson (née Heller; 1 January 1929 – 29 October 2012) was a German-born Swedish journalist, author and Holocaust survivor. She was the Jerusalem correspondent for Svenska Dagbladet , a Swedish daily newspaper, from 1977 to 2006. [1] Edvardson reported extensively on the Israeli–Palestinian conflict, [1] remaining a columnist for Svenska Dagbladet after leaving her post in 2006. [1]

Edvardson was born in Munich, Germany, in 1929. [1] She was raised Catholic. [1] However, since her father, Hermann Heller, was Jewish, Edvardson was arrested by the Nazis and deported to the Theresienstadt and Auschwitz concentration camps during the Holocaust. [1] Her maternal grandfather had also been Jewish, and converted to Catholicism.

After immigrating to Sweden after World War II, Edvardson began her journalism career. In 1984, she published an autobiography documenting her life as a Holocaust survivor, which earned her the Geschwister-Scholl-Preis literary prize. [1]

Elisabeth Langgässer was a German author and teacher. She is known for lyrical poetry and novels. Her short story Saisonbeginn, for example, provides a graphically human portrayal of a 1930s German Alpine village erecting a sign forbidding the entry of Jews.

Czesława Kwoka was a Polish Catholic girl who was murdered at the age of 14 in Auschwitz. One of thousands of child victims of German World War II crimes against Poles in German-occupied Poland, she is among those memorialized in an Auschwitz-Birkenau State Museum exhibit, "Block no. 6: Exhibition: The Life of the Prisoners".

The Austrian Holocaust Memorial Award (AHMA) was founded by the Austrian Service Abroad in 2006.

Annemarie Dina Babbitt was an artist and Holocaust survivor. A naturalized U.S. citizen, she resided in Santa Cruz, California.

Menachem Z. Rosensaft an attorney in New York and the Founding Chairman of the International Network of Children of Jewish Survivors, is a leader of the Second Generation movement of children of survivors, and has been described on the front page of the New York Times as one of the most prominent of the survivors' sons and daughters. He also served as National President of the Labor Zionist Alliance, and was active in the early stages of the Israeli-Palestinian peace process. As psychologist Eva Fogelman has written: "Menachem Rosensaft's moral voice has gone beyond the responsibility he felt as a child of survivors to remember and educate. He felt the need to promote peace and a tolerant State of Israel as well. He wanted to bring to justice Nazi war criminals, to fight racism and bigotry, and to work toward the continuity of the Jewish people".

Rut "Rutka" Laskier was a Jewish Polish diarist who is best known for her 1943 diary chronicling the three months of her life during the Holocaust in Poland. She was murdered at Auschwitz concentration camp in 1943 at the age of fourteen. Her manuscript, authenticated by Holocaust scholars and survivors, was published in the Polish language for the first time ever in early 2006. It has been compared to the diary of Anne Frank.

Lukas Heller was a German-born screenwriter.

Noémi Ban was a Hungarian-born American Jew and survivor of the Holocaust. Later in life she was a Golden Apple Award-winning lecturer, public speaker, and teacher residing in Whatcom County, Washington. 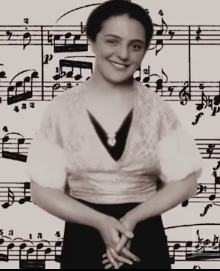 Alice Herz-Sommer, also known as Alice Sommer, was a Prague-born Jewish pianist, music teacher, and supercentenarian who survived Theresienstadt concentration camp. She lived for 40 years in Israel, before migrating to London in 1986, where she resided until her death, and at the age of 110 was the world's oldest known Holocaust survivor until Yisrael Kristal was recognized as such.

Surveys show that antisemitism exists in Sweden. The 2006 study "Antisemitic images and attitudes in Sweden", conducted by Henrik Bachner and Jonas Ring, revealed that 1.4 percent of the population disagrees with the assertion that "Most Jews are probably decent folks".

Irene Zisblatt, born Irene Zegelstein in 1929, is a Hungarian-born American Holocaust survivor. She was an inmate in the Auschwitz-Birkenau concentration camp. She is most well known for her autobiography The Fifth Diamond. Her testimony is also a part of Steven Spielberg's USC Survivors of the Shoah Visual History Foundation. 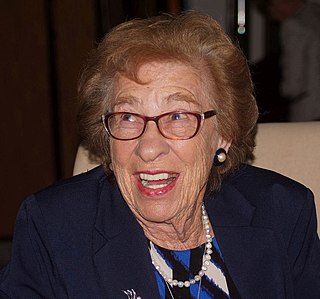 Eva Geiringer Schloss, MBE is an Austrian-English holocaust survivor memoirist and stepdaughter of Otto Frank, the father of Margot and diarist Anne Frank. Schloss speaks widely of her family's experiences during the Holocaust and is a participant in the USC Shoah Foundation's Visual History Archive project to record video answers to be used in educational tools.

Rena Margulies Chernoff is a writer and Holocaust survivor from Tomaszów Mazowiecki, Poland. She's one of the youngest survivors of Auschwitz-Birkenau. She was born on July 6, 1933 and named after her father's mother, Rivka. She wrote The Tailors of Tomaszow: A Memoir of Polish Jews, originally published in 2014, with her son Allan Chernoff. 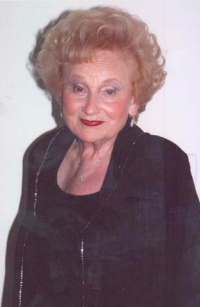 Margit Buchhalter Feldman was a Hungarian-American public speaker, educator, activist, and Holocaust survivor. Feldman and her family were placed in a concentration camp in 1944, where her parents were killed immediately. She survived her incarceration after lying about her age, resulting in her being placed in a work camp. She was freed from Bergen-Belsen concentration camp on April 15, 1945. After moving to the United States, she raised a family and became a public speaker, sharing her experience with students until her death.