Cordoba University is an Islamic university located in Ashburn, Virginia, United States. The university is made up of the Graduate School of Islamic and Social Sciences (GSISS) and Cordoba School of Professional Studies. GSISS is part of a United States Department of Defense program for training Muslim military chaplains which produced the United States Marine Corps' first Muslim chaplain. [1] GSISS is an affiliate member of the Washington Theological Consortium. [2] 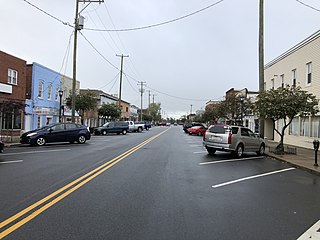 Quantico is a town in Prince William County, Virginia, United States. The population was 480 at the 2010 census. Quantico is approximately 35 miles southwest of Washington, DC, bordered by the Potomac River to the east and the Quantico Creek to the north. The word Quantico is a derivation of the name of a Doeg village recorded by English colonists as Pamacocack. 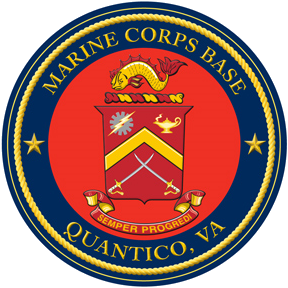 Islam is the third largest religion in the United States, after Christianity and Judaism. A 2017 study estimated that 3.35 million Muslims were living in the United States, about 1.1 percent of the total U.S. population. Pew Research Center has subdivided the Muslim community and their percentages into two subsets, namely Sunni Islam (89%) and Shi'ism (11%).

The Roman Catholic Archdiocese for the Military Services, USA, provides the Roman Catholic Church's pastoral and spiritual services to those serving in the armed forces of the United States and their dependents and to all military and naval bases, to the facilities of the Veterans Administration, and to other federal services overseas.

A military chaplain ministers to military personnel and, in most cases, their families and civilians working for the military. In some cases they will also work with local civilians within a military area of operations.

The Chaplain Corps of the United States Army consists of ordained clergy of multiple faiths who are commissioned Army officers serving as military chaplains as well as enlisted soldiers who serve as assistants. Their purpose is to offer religious church services, counseling, and moral support to the armed forces, whether in peacetime or at war.

Rear Admiral Fr. Louis V. Iasiello, OFM, USN is a Roman Catholic priest, and is a retired American Navy officer who served as the 23rd Chief of Chaplains of the United States Navy from 2003 to 2006. He is a well known Just War theorist, and his PhD dissertation is entitled: Jus In Bello: Key Issues for a Contemporary Assessment of Just Behavior in War. For 18 months after his retirement from the Navy, he was the president of Washington Theological Union. He accepted a position as a Professor of Humanities at Pontifical College Josephinum in Columbus, Ohio, in 2010. Commander Abuhena Saifulislam or Abu Hena Saiful Islam,, is a Bangladeshi-American who is the first Muslim naval officer appointed as an imam chaplain serving with units in the Marine Corps. 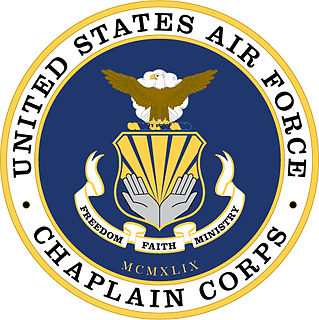 The Chaplain Corps of the United States Air Force (USAF) is composed of both clergy—commissioned officers who have been endorsed and ordained by a religious organization—and enlisted Religious Affairs. As military chaplains, their main purpose is to support the free exercise of religion by members of the military service, their dependents, and other authorized personnel. They also provide advice on spiritual, ethical, moral, and religious-accommodation issues to the leadership of the United States Department of Defense.

Arnold E. Resnicoff is an American Conservative rabbi who served as a military officer and military chaplain. He served in Vietnam and Europe before attending rabbinical school. He then served as a U.S. Navy Chaplain for almost 25 years. He promoted the creation of the Vietnam Veterans Memorial and delivered the closing prayer at its 1982 dedication. In 1984 the President of the United States spoke on his eyewitness account of the 1983 Beirut barracks bombing. After retiring from the military he was National Director of Interreligious Affairs for the American Jewish Committee and served as Special Assistant to the Secretary and Chief of Staff of the United States Air Force, serving at the equivalent military rank of Brigadier General.

The Chaplain of the United States Marine Corps (CHMC) is a position always filled by the officers serving as Deputy Chief of Chaplains of the United States Navy as a "dual hatted" billet since 2000. The CHMC oversees religious ministry in the Marine Corps which one Commandant of the Marine Corps defined as "a vital function which enhances the personal, family, and community readiness of our Marines, sailors, and their families. Chaplaincy supports the foundational principle of free exercise of religion and helps to enrich the spiritual, moral and ethical fabric of the military." 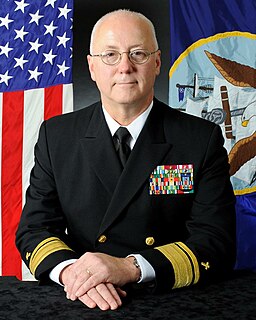 There have been Sikhs in the United States military since World War I. Sikhs have served through all subsequent wars until the present day. Since the 1980s, observant Sikhs have faced difficulty in serving due to a discontinuation of exemptions to uniform standards which previously allowed Sikhs to maintain their religiously-mandated beards and turbans while in uniform. 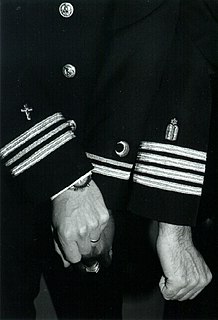 Religious symbolism in the United States military includes the use of religious symbols for military chaplain insignia, uniforms, emblems, flags, and chapels; symbolic gestures, actions, and words used in military rituals and ceremonies; and religious symbols or designations used in areas such as headstones and markers in national cemeteries, and military ID tags.

The Beirut Memorial is a memorial to the 241 American peacekeepers—220 Marines, 18 sailors, and three soldiers—killed in the October 23, 1983 Beirut barracks bombing in Beirut, Lebanon. It is located outside the gate of Camp Gilbert H. Johnson, a satellite camp of Marine Corps Base Camp Lejeune, in Jacksonville, North Carolina. It is the site of an annual commemoration of the victims of the suicide attack that took their lives. 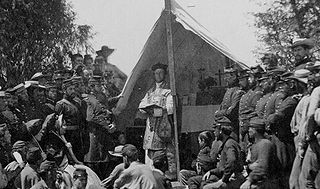 United States military chaplains hold positions in the armed forces of the United States and are charged with conducting religious services and providing counseling for their adherents. As of 2011, there are about 2,900 chaplains in the Army, among the active duty, reserve, and National Guard components.

Service by Muslims in the United States military dates back to the American Revolutionary War where records indicate that at least a few Muslims fought on the rebel side.

At a Hartford Seminary, a Military Matter by Tim Townsend, The New York Times, October 12, 2003