Corliss Palmer (July 25, 1899 [lower-alpha 1] – August 27, 1952) was an American silent film actress and model. She first came to public attention after winning Motion Picture Magazine 's Fame and Fortune Contest in 1920, upon which she was deemed the "most beautiful girl in America." She would go on to appear in a total of sixteen films between 1922 and 1931.

Palmer was born to Luther and Julia Palmer in Edison, Georgia on July 25, 1899. She had an older sister, Mary, [1] younger brothers, Hoke and Grady, and a younger sister, Ennis. [2]

In 1920, Palmer entered the "Fame and Fortune Contest" advertised in Motion Picture Magazine . She won the contest, and was heralded by the magazine as the "most beautiful girl in America." [3] The magazine's publisher, Eugene V. Brewster, allowed Palmer significant publicity in the magazine, and began to promote her as she embarked on a film career. Between 1921 and 1923, Motion Picture Magazine published a total of twenty-three articles on Palmer, while its sister publication, Motion Picture Classic , published an additional story on the actress. [4] Palmer also had a cosmetic line named after her featuring Peach Bloom Face Powder, created by the Wilton Chemical Company in New York City, [3] and also appeared on the cover of Beauty, a women's magazine. [3]

She made her film debut in the short From Farm to Fame, documenting her public notoriety after winning the contest, followed by an acting role in Her Second Chance (1926). [5]

After ending her acting career in 1931, Palmer continued to model cosmetics as well as fashions for a local department store. [6] [7]

She married Eugene V. Brewster in October 1926. [8] The couple lived on a $500,000 estate in Morristown, New Jersey, but were forced to relocate to a one-bedroom apartment in Hollywood, California in 1931 after Brewster's estate was squandered when his former wife sued him for alienation of affection. [4] The couple would divorce in 1931. [4]

After her divorce, Palmer became an alcoholic, and on January 31, 1933, was committed to a hospital in San Francisco under the pseudonym Edith Mason, [9] a name she had adopted in an attempt to revitalize her film career. [10] It was noted in a March 12, 1933 article in the Portsmouth Daily Times that Palmer "had been drinking steadily for several days," and the hospital staff "feared she might harm herself or set fire to her room." [9] Palmer would spend the latter half of her life in psychiatric institutions. [11] She died in 1952 in Camarillo, California. [5] 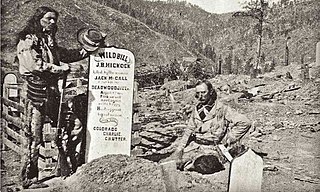 Charles H. "Colorado Charlie" Utter was a figure of the American Wild West, best known as a great friend and companion of Wild Bill Hickok. He was also friends with Calamity Jane.

Winthrop Ames was an American theatre director and producer, playwright and screenwriter.

Ruth F. Riese of Saginaw, Michigan, was an American amateur tennis player in the 1920s.

Edward George Boyle was an American set decorator and director active between 1925 and 1970. 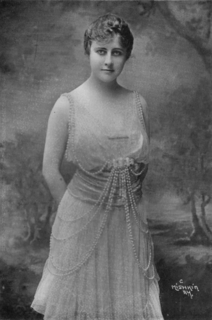 Anna Case was an American operatic soprano. She recorded with Thomas Alva Edison, who used her voice extensively in "tone tests" of whether a live audience could tell the difference between the actual singer and a recording. In addition to recordings for Edison Records on both phonograph cylinder and Diamond Disc, Case recorded for Victor and Columbia Records, and made sound film for Vitaphone. She was born in Clinton, New Jersey, on October 29, 1887. and was educated by vocal trainer Augusta Öhrström-Renard in New York. She made her debut in 1909 at the New Theatre in New York as the Dutch Boy in Werther, and from 1909 to 1916 she was a member of the Metropolitan Opera Company. In first American performances she created the roles of Sophie in Der Rosenkavalier (1913) and Feodor in Boris Godunov (1913), and singing also Olympia in Tales of Hoffmann, Mimi in La Boheme and Micaela in Carmen.

Frederick Ernest Toy was a soldier in the U.S. Army during the Indian and Spanish–American Wars; During his enlisted service, he was assigned to the 7th Cavalry Regiment until promoted to ordnance sergeant and served at a variety of posts. He received the Medal of Honor for bravery at the Battle of Wounded Knee, but now called the Wounded Knee Massacre, against the Dakota Indians on December 29, 1890. Toy retired from the Army in 1910. He was recalled and commissioned as a captain during World War I. He worked as an employment manager and as a railroad police officer.

Dora Zaslavsky Koch was an American pianist who was one of the first graduates of and later a teacher at the Manhattan School of Music. 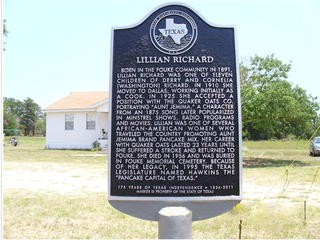 Mabel Rowland was an American monologist, actress, writer, director, editor, and the founder of the Metropolitan Players in New York City.

Almeda Sperry (1879–1957) was an American anarchist, political activist, and former prostitute. She is known for the passionate love letters she wrote to fellow anarchist Emma Goldman. The letters allude to past sexual encounters between the two women, although the extent to which Goldman may have reciprocated the romantic feelings expressed by Sperry is unknown.

Wray Bartlett Physioc was an American film director, producer and artist. His film The Gulf Between (1917) was the first Technicolor film ever produced.

Alice Turner Curtis was an American writer of juvenile historical fiction. She was probably best remembered by young readers of her day for The Little Maid's Historical Series. She has written at least sixty published books.

Lydia Manley Henry DSc was the first female graduate in medicine from the University of Sheffield. She served with the Scottish Women's Hospitals for Foreign Service during the First World War. She was awarded the Croix de Guerre by the French government. For her thesis on gangrene, based on her wartime experience, she was awarded the degree of MD, the first woman to graduate with this degree from the University of Sheffield.

Victor Kremer was a music publisher, film producer and distributor, as well as a real estate developer in the U.S. An immigrant from Germany, Kremer established a music publishing company. He later acquired studio space to produce his own films and acquired film rights from Essanay as it shut operations. His company reissued several Charlie Chaplin films.

Captain Ralph Erksine Peasley "Captain Matt" is a sea captain from the Pacific Northwest who became famous due to a popular series of short stories by Peter Bernard Kyne called Cappy Ricks or the Subjugation of Matt Peasley.

Edward Renouf was an American chemist and chemistry professor, known for having helped found the chemistry department and research laboratory at Johns Hopkins University, and for his authorship of chemistry textbooks.