Corrado Gini (Motta di Livenza, 23 May 1884 – Rome, 13 March 1965) was an Italian statistician, demographer and sociologist who developed the Gini coefficient, a measure of the income inequality in a society. Gini was a proponent of organicism and applied it to nations. [1]

Gini was born on May 23, 1884, in Motta di Livenza, near Treviso, into an old landed family. He entered the Faculty of Law at the University of Bologna, where in addition to law he studied mathematics, economics, and biology.

Gini's scientific work ran in two directions: towards the social sciences and towards statistics. His interests ranged well beyond the formal aspects of statistics—to the laws that govern biological and social phenomena.

His first published work was Il sesso dal punto di vista statistico (1908). This work is a thorough review of the natal sex ratio, looking at past theories and at how new hypothesis fit the statistical data. In particular, it presents evidence that the tendency to produce one or the other sex of child is, to some extent, heritable.

In 1910, he acceded to the Chair of Statistics in the University of Cagliari and then at Padua in 1913.

He founded the statistical journal Metron in 1920, directing it until his death; it only accepted articles with practical applications. [2]

He became a professor at the Sapienza University of Rome in 1925. At the University, he founded a lecture course on sociology, maintaining it until his retirement. He also set up the School of Statistics in 1928, and, in 1936, the Faculty of Statistical, Demographic and Actuarial Sciences.

In 1926, he was appointed President of the Central Institute of Statistics in Rome. This he organised as a single centre for Italian statistical services. He was a close intimate of Mussolini throughout the 20s. He resigned from his position within the institute in 1932. [3]

In 1927 he published a treatise entitled The Scientific Basis of Fascism. [4]

A eugenicist apart from being a demographer, Gini led an expedition to survey Polish populations, among them the Karaites. Gini was throughout the 20s a supporter of fascism, and expressed his hope that Nazi Germany and Fascist Italy would emerge as victors in WW2. However, he never supported any measure of exclusion of the Jews. [5] [6] Milestones during the rest of his career include:

On October 12, 1944, Gini joined with the Calabrian activist Santi Paladino, and fellow-statistician Ugo Damiani to found the Italian Unionist Movement, for which the emblem was the Stars and Stripes, the Italian flag and a world map. According to the three men, the Government of the United States should annex all free and democratic nations worldwide, thereby transforming itself into a world government, and allowing Washington, D.C. to maintain Earth in a perpetual condition of peace. The party existed up to 1948 but had little success and its aims were not supported by the United States.

Gini was a proponent of organicism and saw nations as organic in nature. [1] Gini shared the view held by Oswald Spengler that populations go through a cycle of birth, growth, and decay. [1] Gini claimed that nations at a primitive level have a high birth rate, but, as they evolve, the upper classes birth rate drops while the lower class birth rate, while higher, will inevitably deplete as their stronger members emigrate, die in war, or enter into the upper classes. [1] If a nation continues on this path without resistance, Gini claimed the nation would enter a final decadent stage where the nation would degenerate as noted by decreasing birth rate, decreasing cultural output, and the lack of imperial conquest. [8] At this point, the decadent nation with its aging population can be overrun by a more youthful and vigorous nation. [8] Gini's organicist theories of nations and natality are believed to have influenced policies of Italian Fascism. [1]

The following honorary degrees were conferred upon him: 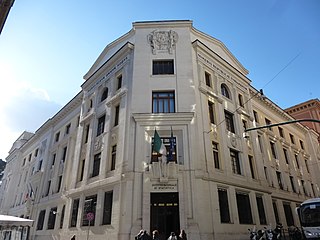 Anthony James Gregor was a Professor of Political Science Emeritus at the University of California, Berkeley, well known for his research on fascism, Marxism, and national security. 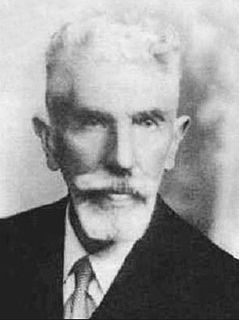 Enrico Giovannini is an Italian economist and statistician, member of the Club of Rome. From April 2013 to February 2014, he served as Minister of Labour and Social Policies in the government of Enrico Letta. From 2009 to 2013, he held the office of President of the Italian National Institute of Statistics (Istat).

Luigi Bodio was an Italian economist and statistician, among the founders of Italian Statistics. He was the first General Secretary of the International Statistical Institute (ISI) and among the first Presidents of ISI.

Alessandro Molinari was the first General Director of ISTAT, which was then known as the National Institute of Technology, in Fascist Italy. Born in Veneto, he became the General Manager of SVIMEZ from 1948 to 1958.

Costantino Bresciani Turroni was an Italian economist and statistician.

Marcello Boldrini was an Italian statistician.

Rodolfo Benini was an Italian statistician and demographer.

Castellano Vittorio was an Italian statistician.

Gabaglio Antonio was an Italian statistician.

Giorgio Mortara was an Italian economist, demographer, and statistician.

Gaetano Pietra was an Italian statistician.

Giuseppe Pompilj was an Italian statistician

Tagliacarne Guglielmo was an Italian statistician

Alfredo Niceforo was an Italian statistician and scientific racist.

Statistica is a quarterly peer-reviewed open access scientific journal dealing with methodological and technical aspects of statistics and statistical analyses in the various scientific fields.

Roberto Bachi was an Italian-Israeli statistician and demographer, and founder of the Israel Central Bureau of Statistics. His research focused on the graphical presentation of statistics and the renewal of Jewish demographic studies in the diaspora.