Parker is known for his role as Haldir of Lórien in The Lord of the Rings film trilogy, his performance of Bellerophon in Xena: Warrior Princess , Stéphane Narcisse in the CW television series Reign, and for playing Darken Rahl in Legend of the Seeker . He also serves as narrator for New Zealand documentaries. Parker starred in the TVNZ soap Shortland Street , as Guy Warner, a character that has made several return appearances, most recently involving a story where Guy ran off with his brother's wife, Toni, only to return months later as a drug addled loser who attempted to use his daughter to score drugs for him. It ultimately led to the death storyline of Toni Warner. He is the reigning champion of New Zealand's Celebrity Joker Poker .

Parker starred as Darken Rahl in Sam Raimi and Rob Tapert's syndicated television series Legend of the Seeker. He also appears as Gaius Claudius Glaber in the Starz original series Spartacus: Blood and Sand , and Spartacus: Vengeance which premiered on 22 January 2010 and is also produced by Raimi and Tapert.

Craig Parker guest starred in Agents of S.H.I.E.L.D. portraying the Kree Taryan and most recently appears in the 2018 reboot of Charmed.

His grandfather moved from Edinburgh, Scotland, to Fiji when he was stationed during his years of service in the British Army. Apart from his Scottish ancestry, Parker is also of Welsh, Danish, and English descent. 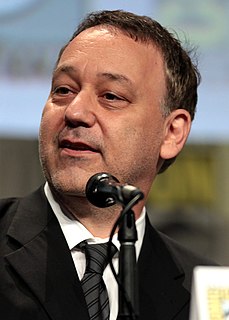 Samuel M. Raimi is an American film director, producer, screenwriter and actor primarily known for creating the cult horror Evil Dead series, and directing the Spider-Man trilogy (2002–2007). He also directed the 1990 superhero film Darkman, the 1998 neo-noir crime-thriller A Simple Plan, the 2000 supernatural thriller film The Gift, the 2009 supernatural horror film Drag Me to Hell, and the 2013 Disney fantasy film Oz the Great and Powerful. Raimi has also produced several successful television series, including Hercules: The Legendary Journeys and its spin-off Xena: Warrior Princess. He founded the production company Renaissance Pictures in 1979. His movie Doctor Strange in the Multiverse of Madness is scheduled for a release on March 25, 2022.

Terry Lee Goodkind was an American writer. He was known for the epic fantasy series The Sword of Truth as well as the contemporary suspense novel The Law of Nines (2009), which has ties to his fantasy series. The Sword of Truth series sold 25 million copies worldwide and was translated into more than 20 languages. Additionally, it was adapted into a television series called Legend of the Seeker, which premiered on November 1, 2008, and ran for two seasons, ending in May 2010.

Lucille Frances Lawless is a New Zealand actress and singer. She is best known for her roles as the title character in the television series Xena: Warrior Princess, but also portrayed Humanoid Cylon model Number Three D'Anna Biers on the re-imagined Battlestar Galactica series and Lucretia in the television series Spartacus: Blood and Sand and associated series.

Wizard's First Rule, written by Terry Goodkind, is the first book in the epic fantasy series The Sword of Truth. Published by Tor Books, it was released on August 15, 1994 in hardcover, and in paperback on July 15, 1997. The book was also re-released with new cover artwork by Keith Parkinson in paperback on June 23, 2001. The novel was adapted to television in the 2008 television series Legend of the Seeker.

The Third Servile War, also called by Plutarch the Gladiator War and the War of Spartacus, was the last in a series of slave rebellions against the Roman Republic, known as the Servile Wars. The Third was the only one directly to threaten the Roman heartland of Italy. It was particularly alarming to Rome because its military seemed powerless to suppress it. 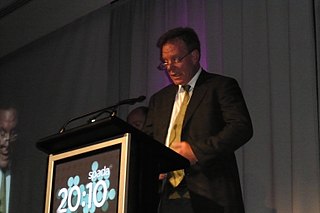 Evil Dead is an American supernatural horror film franchise created by Sam Raimi consisting of four feature films and a television series. The series revolves around the Necronomicon Ex-Mortis, an ancient Sumerian text which wreaks havoc upon a group of cabin inhabitants in a wooded area in Tennessee.

Publius Varinius was a Roman praetor in 73 BC, proconsul in 72 BC, and a military commander who was unsuccessful during the Third Servile War.

Gaius Claudius Glaber was a military commander of the late Roman Republic, holding the offices of legate and military praetor in 73 BC. He was defeated in the battle of Mount Vesuvius against the forces of Spartacus during the Third Servile War. 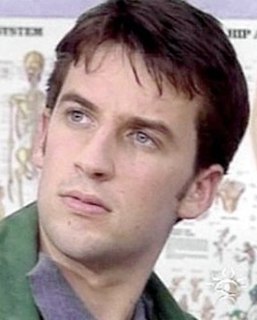 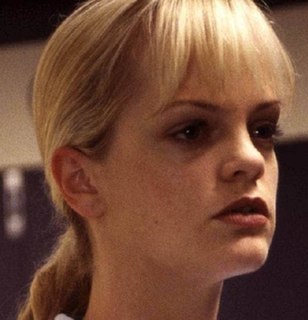 Antoinette "Toni" Warner is a fictional character on the New Zealand soap opera Shortland Street who was portrayed by Laura Hill from 2001 until 2008. 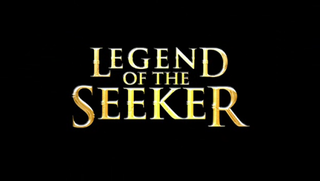 Legend of the Seeker is an American television series created by Sam Raimi, based the fantasy novel series The Sword of Truth by Terry Goodkind. Distributed in U.S. by Disney-ABC Domestic Television, ABC Studios produced the series for first-run syndication with Raimi, Robert Tapert, Joshua Donen, Ned Nalle, and Kenneth Biller serving as executive producers. The show premiered on November 1, 2008 and ran for two seasons before its cancellation in 2010. 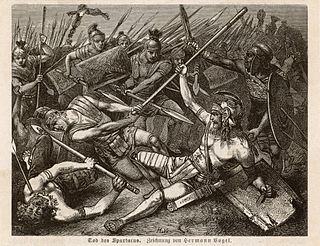 Spartacus was a Thracian gladiator who, along with Crixus, Gannicus, Castus, and Oenomaus, was one of the escaped slave leaders in the Third Servile War, a major slave uprising against the Roman Republic. Little is known about him beyond the events of the war, and surviving historical accounts are sometimes contradictory. However, all sources agree that he was a former gladiator and an accomplished military leader.

Spartacus: Blood and Sand is the first season of American television series Spartacus, which premiered on Starz on January 22, 2010. The series was inspired by the historical figure of Spartacus, a Thracian gladiator who from 73 to 71 BC led a major slave uprising against the Roman Republic. Executive producers Steven S. DeKnight and Robert Tapert focused on structuring the events of Spartacus' obscure early life leading up to the beginning of historical records.

Lesley-Ann Brandt is a South African actress. Brandt has acted in a number of New Zealand television series and first came to international notice with her role as a slave girl Naevia in the series Spartacus: Blood and Sand. Since January 2016, she has played the role of Mazikeen (Mazikeen) on the television series Lucifer.

Spartacus: Vengeance is the third season of the American television series Spartacus, a Starz television series, which follows Spartacus: Blood and Sand. It premiered on January 27, and concluded on March 30, 2012. Its story follows Spartacus, after he and his fellow gladiators kill their master Batiatus and escape from his ludus, or gladiatorial training school. Cast members and characters who return from the first season include Lucy Lawless as Lucretia, Peter Mensah as Oenomaus, Manu Bennett as Crixus, Dan Feuerriegel as Agron, Nick E. Tarabay as Ashur, Viva Bianca as Ilithyia, and Craig Parker as Gaius Claudius Glaber. Dustin Clare also reprises his role as Gannicus from Spartacus: Gods of the Arena, the prequel to Spartacus: Blood and Sand.

Spartacus is an American television series produced in New Zealand that premiered on Starz on January 22, 2010, and concluded on April 12, 2013. The fiction series was inspired by the historical figure of Spartacus, a Thracian gladiator, who from 73 to 71 BC led a major slave uprising against the Roman Republic departing from Capua. Executive producers Steven S. DeKnight and Robert Tapert focused on structuring the events of Spartacus' obscure early life leading up to the beginning of historical records.