Crescent Street is a popular attraction for both tourists and locals. North of De Maisonneuve Boulevard, there are many luxury boutiques and art galleries in a Victorian architectural setting. To the south of de Maisonneuve is a concentration of nightclubs, bars, and restaurants.

The street, which opened around 1860, was originally in the form of a crescent, and was just north of Dorchester Boulevard.

The first bar on Crescent Street opened in 1967. [1] Until then, the street had mainly professional offices. The first bar was the Sir Winston Churchill Pub, [1] [2] a pub partly owned by Johnny Vago, a Hungarian immigrant who once participated in the Cuban Revolution. Vago's discotheque, originally known as the Don Juan, was first on nearby Stanley Street. It relocated as a basement pub without a dance floor on Crescent after the basement of the Stanley Street building had to be re-engineered since parts of the Don Juan's dance floor had begun to fall into the Montreal Metro tunnel that was then being dug beside it.

A few months later, the basement of the adjoining Crescent Street building was opened up as the Boiler Room, a somewhat noisier pub, replete with large "quart" (22 oz.) bottles of beer, cheaper meals, a dance floor, and its jukebox, catering more to the local students and bohemian crowd, leaving the original Winston Churchill as a quieter pub for the older crowd. The two bars were served by a common kitchen.[ citation needed ]

Another key business on the street in the 1970s was Librairie L'Androgyne, the city's first LGBT-oriented bookstore. [3]

A few years later (c. 1975), the Boiler Room was closed and redone by Vago as an extension to the Winston Churchill but keeping the Boiler Room's dance floor. A few years later, the Winston Churchill expanded upstairs to the first and then the 2nd floors of the building and eventually became a very large restaurant and bar complex occupying the whole building.[ citation needed ]

Vago eventually ended up owning many bars on the block, but he has since sold his businesses. [4]

Given the success of the first establishment, other restaurants and bars would settle in the mid-1970s.[ citation needed ]

Since the early 2000s, the Crescent Street Merchants Association have organized activities related to the city's sports and entertainment events. The most popular event is the Grand Prix Festival, which takes place each year at the time of the Formula One Canadian Grand Prix in June.[ citation needed ]

Crescent Street is home mostly to pubs, restaurants, and night clubs. One such business is the Lebanese restaurant Boustan, north of De Maisonneuve Boulevard. [6] Crescent Street is known for its nightclubs that cater to both locals and tourists.[ citation needed ]

Crescent Street was also home to the Russian restaurant The Troika, which closed in April 2012 and has now replaced by the Brass Door Pub & Grill.[ citation needed ]

Crescent Street merchants hold an annual street fair, known as the Grand Prix Festival, the week prior to the Formula One Canadian Grand Prix. There are open-air free concerts, terraces for the bars into the streets, street vendors, and racing displays. The festival unofficially kicks off Montreal's festival season.[ citation needed ] 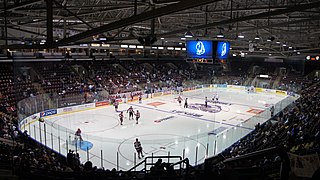 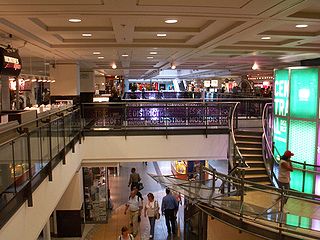 RÉSO, commonly referred to as the Underground City, is the name applied to a series of interconnected office towers, hotels, shopping centres, residential and commercial complexes, convention halls, universities and performing arts venues that form the heart of Montreal's central business district, colloquially referred to as Downtown Montreal. The name refers to the underground connections between the buildings that compose the network, in addition to the network's complete integration with the city's entirely underground rapid transit system, the Montreal Metro. Moreover, the first iteration of the Underground City was developed out of the open pit at the southern entrance to the Mount Royal Tunnel, where Place Ville Marie and Central Station stand today. 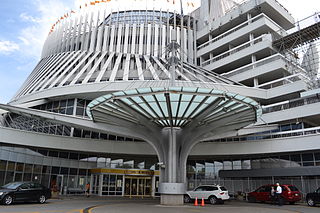 The Montreal Casino is a casino on the Notre Dame Island in the borough of Ville-Marie in Montreal, Quebec, and is the largest casino in Canada. The casino is open twenty-four hours a day, seven days a week to patrons aged 18 and older. It opened on October 9, 1993.

Peel station is a Montreal Metro station in the borough of Ville-Marie in Montreal, Quebec, Canada. It is operated by the Société de transport de Montréal (STM) and serves the Green Line. The station opened on October 14, 1966, as part of the original network of the Metro.

Gay Village is a neighbourhood delineated by St. Catherine Street East and Atateken Street in the Ville-Marie borough of Montreal.

Saint Catherine Street is the primary commercial artery of Downtown Montreal, Quebec, Canada. It crosses the central business district from west to east, beginning at the corner of Claremont Avenue and de Maisonneuve Boulevard in the city of Westmount, traversing the borough of Ville-Marie, and ending on Notre-Dame Street just east of Viau Street in the borough of Mercier–Hochelaga-Maisonneuve, where it ends at the Grace Dart Extended Care Centre, a nursing home near Cadillac metro station.

Quebec English encompasses the English dialects of the predominantly French-speaking Canadian province of Quebec. There are few distinctive phonological features and very few restricted lexical features common among English-speaking Quebecers. The native English speakers in Quebec generally align to Standard Canadian English, one of the largest and most relatively homogeneous dialects in North America. This standard English accent is common in Montreal, where the vast majority of Quebec's native English speakers live. English-speaking Montrealers have, however, established ethnic groups that retain certain lexical features: Irish, Jewish, Italian, and Greek communities that all speak discernible varieties of English. Isolated fishing villages on the Basse-Côte-Nord of Quebec speak Newfoundland English, and many Gaspesian English-speakers use Maritime English. Francophone speakers of Quebec also have their own second-language English that incorporates French accent features, vocabulary, etc. Finally, the Kahnawake Mohawks of south shore Montreal and the Cree and Inuit of Northern Quebec speak English with their own distinctive accents, usage, and expressions from their indigenous languages.

Windsor Station is a former railway station in Montreal, Quebec, Canada. It used to be the city's Canadian Pacific Railway (CPR) station, and served as the headquarters of CPR from 1889 to 1996. It is bordered by Avenue des Canadiens-de-Montréal to the north, Peel Street to the east, Saint Antoine Street to the south and the Bell Centre to the west. 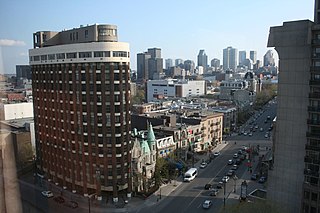 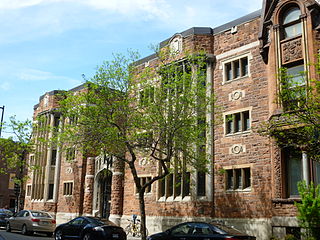 Bishop Street is a north-south street located in downtown Montreal, Quebec, Canada. With a total length of 0.6 km, it links Sherbrooke Street in the north to René Lévesque Boulevard in the south. Like neighbouring Crescent Street, Bishop is home to many pubs, bars, clubs and restaurants.

Peel Street (officially in French: rue Peel) is a major north-south street located in downtown Montreal, Quebec, Canada. The Street links Pine Avenue, near Mount Royal, in the north and Smith Street, in the Southwest borough, in the south. The street's southern end is at the Peel Basin of the Lachine Canal. The street runs through Montreal's shopping district. The Peel Metro station is named for the street. 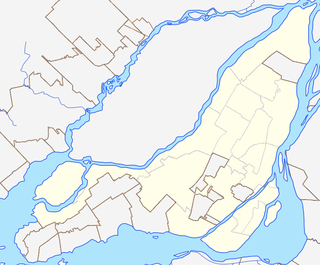 Monkland Village is a neighbourhood of the Notre-Dame-de-Grâce district in the Montreal borough of Côte-des-Neiges–Notre-Dame-de-Grâce. It is located between Grand Boulevard and the Décarie Expressway/Décarie Boulevard, and between de Somerled Street and Côte-St-Antoine Road. The neighbourhood derives its name from Monkland Avenue, the commercial street at the heart of it. The Villa Maria metro station is located at the eastern end of Monkland Avenue. 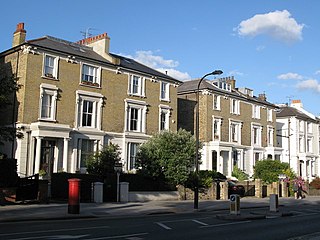 Haverstock is an electoral ward in the London Borough of Camden: specifically the east of Belsize Park, north of Chalk Farm and west of Kentish Town. It is centred on Queens Crescent and Malden Road. Gospel Oak is to the north, Camden Town to the south.

Little Maghreb is a neighbourhood in the borough of Villeray–Saint-Michel–Parc-Extension in Montreal. The neighbourhood is centered on fifteen blocks of Jean Talon Street stretching from Saint-Michel Boulevard in the West to Pie-IX Boulevard in the East. Maghrebi merchants in the area, mainly from Algeria, Morocco and Tunisia, have joined together to create a Little Maghreb identity for the neighbourhood, in the same way as Chinatown had become a symbol for Chinese Montrealers, and Little Italy had become the focal point of the city's Italian community. This neighbourhood is the first of its kind in North America.