Cristóbal de la Sierra is a village and large municipality in the province of Salamanca, western Spain, part of the autonomous community of Castile-Leon.

Chiapas, officially the Free and Sovereign State of Chiapas, is one of the 32 states that make up the 32 federal entities of Mexico. It is divided into 124 municipalities as of September 2017 and its capital city is Tuxtla Gutiérrez. Other important population centers in Chiapas include Ocosingo, Tapachula, San Cristóbal de las Casas, Comitán and Arriaga. It is the southernmost state in Mexico. It is located in Southern Mexico, and it borders the states of Oaxaca to the west, Veracruz to the northwest and Tabasco to the north, and by the Petén, Quiché, Huehuetenango and San Marcos departments of Guatemala to the east and southeast. Chiapas has a coastline along the Pacific Ocean to the south.

Gustavo A. Madero is one of the 16 municipalities into which Mexico City is divided. 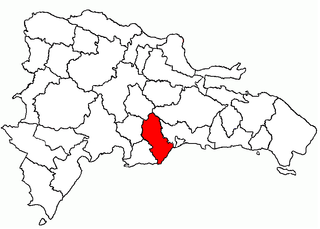 San Cristóbal is a province in the southern Dominican Republic, west of the capital Santo Domingo. It was originally named Trujillo after the dictator Rafael Leónidas Trujillo, taking its present name after his assassination in 1961. It included what is now Monte Plata Province until 1992. The provincial capital is San Cristóbal. In 2007, a documentary was filmed near Hato Damas, about a group of coffee and cacao producers who work together, called Convite. It is available on YouTube. 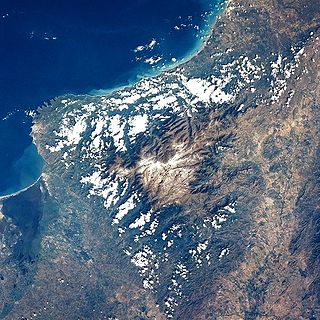 The Sierra Nevada de Santa Marta is an isolated mountain range in northern Colombia, separate from the Andes range that runs through the centre of the country. Reaching an altitude of 5,700 m (18,700 ft) just 42 km (26 mi) from the Caribbean coast, the Sierra Nevada is one of the world's highest coastal ranges, being 250m shorter than the Saint Elias Mountains in Canada. The Sierra Nevada encompasses about 17,000 km2 (6,600 sq mi) and serves as the source of 36 rivers. The range is in the Departments of Magdalena, Cesar and La Guajira.

The Chiapas highlands or the central highlands of Chiapas, is a geographic, sociocultural and administrative region located in Chiapas, the southernmost state of Mexico. 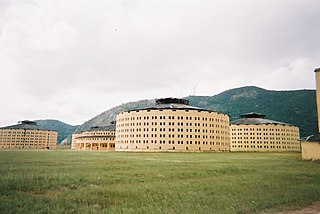 Nueva Gerona is a Cuban city, capital of the Isla de la Juventud special municipality and province. As of 2012, its population was 59,049.

La Guardia de Jaén or Guardia de Jaén, La, and the old Mentesa Bastia at Iberic and Roman era, is a small city located in the province of Jaén (Spain) at western end of Sierra Mágina, on the Cerro de San Marcos, near the promontory of Cerro de San Cristóbal, from where it dominates the valley of the river Guadalbullón.
With a population of 4061 inhabitants -according to January 2009 census (INE)-, is situated 635 m (2,083.33 ft) over sea level, with an area of 38.43 km2 (14.84 sq mi). Located some 10 km (6.2 mi) from Jaén, being the closest town, better communication with the capital thanks to the three tracks that bind: Jontoya highway bridge, road N-323 and Bailén-Motril motorway (A44/E-902). 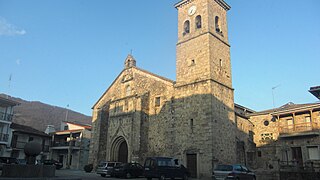 Cristóbal Parralo Aguilera, known simply as Cristóbal as a player, is a Spanish retired professional footballer, and a manager.

Sierra del Rosario is a mountain range in the provinces of Pinar del Río and Artemisa, western Cuba. It is located in the eastern part of the Guaniguanico range and, along with the Sierra de los Órganos, is part of it.

Santiago Cristóbal Sandoval was an indigenous Mexican sculptor who contributed works to several Mexican cathedrals, including the Puebla Cathedral and the Mexico City Metropolitan Cathedral.

San Cristóbal Amatlán is a town and municipality in Oaxaca in south-western Mexico. The municipality covers an area of 96.96 km². It is part of the Miahuatlán District in the south of the Sierra Sur Region.

La Laguna may also refer to:

Artemisa Province is one of the two new provinces created from the former La Habana Province, whose creation was approved by the Cuban National Assembly on August 1, 2010, the other being Mayabeque Province. The new provinces came into existence on January 1, 2011. 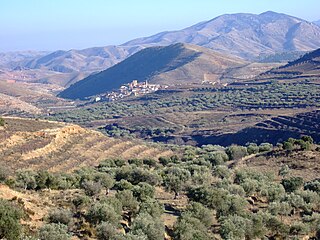 Sierra de la Virgen is a mountain range in the Aranda and Comunidad de Calatayud comarcas, Aragon, Spain. It is located south of the Moncayo Massif between the valleys of the Jalón and the Aranda rivers, rising north of the N-234 road, roughly between Calatayud and Torrelapaja. 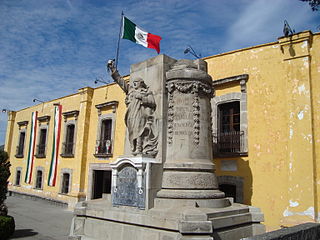