Cromwell Everson (28 September 1925 –11 June 1991) was primarily known as a composer during his lifetime. He was brought up as an Afrikaner by his mother,Maria De Wit and father,Robert Everson. He continued this tradition and all his children were brought up as Afrikaners.

Everson wrote the first Afrikaans opera,and most of his other vocal works were in Afrikaans. His works consist of five sonatas,a trio,an opera,a set of inventions,four song-cycles,a piano suite,miscellaneous movements for the piano and guitar and an incomplete symphony and string quartet.

During Everson's career in Worcester,Western Cape he also gave music lessons to the musician David Kramer.

For his Afrikaans opera Everson received in 2007 a posthumous acknowledgement from the ATKV (Afrikaans Language- and Cultural society).

Daniël François Malan,PC was a South African politician who served as the fourth prime minister of South Africa from 1948 to 1954. The National Party implemented the system of apartheid,which enforced racial segregation laws,during his tenure as Prime Minister. 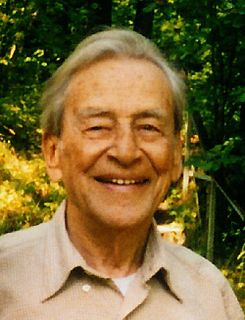 Hendrik Pienaar Hofmeyr is a South African composer. Born in Cape Town,he furthered his studies in Italy during 10 years of self-imposed exile as a conscientious objector. While there,he won the South African Opera Competition with The Fall of the House of Usher. He also received the annual Nederburg Prize for Opera for this work subsequent to its performance at the State Theatre in Pretoria in 1988. In the same year,he obtained first prize in an international competition in Italy with music for a short film by Wim Wenders. He returned to South Africa in 1992,and in 1997 won two major international composition competitions,the Queen Elisabeth Music Competition of Belgium and the first edition of the Dimitris Mitropoulos Competition in Athens. His 'Incantesimo' for solo flute was selected to represent South Africa at the ISCM World Music Days in Croatia in 2005. In 2008 he was honoured with a Kanna award by the Kleinkaroo National Arts Festival. He is currently Professor and Head of Composition and Theory at the South African College of Music at the University of Cape Town,where he obtained a DMus in 1999.

DiederikJohannes Opperman,commonly referred to as D.J. Opperman was an Afrikaans poet. He is considered to be one of the best known Afrikaans poets of the twentieth century.

William Ewart Gladstone Louw,was an Afrikaner poet and is in the main known to the literary world merely as W.E.G. Louw. He was the younger brother of the poet N. P. van Wyk Louw.

The Hertzog Prize is an annual award given to Afrikaans writers by the Suid-Afrikaanse Akademie vir Wetenskap en Kuns,formerly the South African Academy for Language,Literature and Arts. It is the most prestigious prize in Afrikaans literature.

Thomas Rajna was a British pianist and composer of Hungarian birth. He had been domiciled in Cape Town in South Africa since 1970. 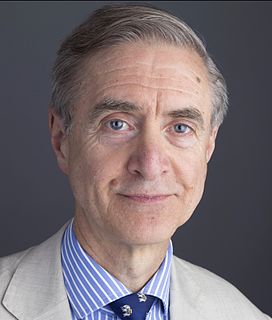 David Earl is a South African composer and pianist. He was educated at Rondebosch Boys' High School. He made his professional debut at the age of sixteen when he broadcast Bach,Chopin and Chabrier on the SABC. In 1968,he performed Felix Mendelssohn's Piano Concerto No 1 with the Cape Town Symphony Orchestra. In 1971,he moved to London where he studied at Trinity College of Music. He studied under Jacob Kaletsky and Richard Arnell. After a live début broadcast recital on BBC Radio 3 in 1974,his first recital at Wigmore Hall was reported as "stylish and powerful" by The Times. In 1975,he was selected as one of the Young Musicians of the Year by the Greater London Arts Association. He also won first prize in the 1976 SABC Piano Competition. He was described by The Daily Telegraph as having "remarkable gifts of style,technical mastery and artistry". He made his début as a composer in the 1977 when he premiered his own Piano Suite No 1 Mosaics at Wigmore Hall. His concerto repertoire includes the Viennese classics,many from the nineteenth century,and amongst those from the 20th,the piano concertos of Arthur Bliss and John Joubert,both of which he studied with the composers. Conductors he has appeared with include Hugo Rignold,Maurice Handford,Piero Gamba and Christian Badea.

Stefans Grové was a South African composer. Before his death the following assessment was made of him:"He is regarded by many as Africa's greatest living composer,possesses one of the most distinctive compositional voices of our time".

Professor Désirée Talbot was a South African opera soprano and one of the founding members of the UCT Opera Company.

Gerhardus Petrus "Gert" Potgieter was a South African opera tenor and actor who had a great influence on Afrikaans culture.

The Afrikaans Language and Culture Association,ATKV,is a society that aims to promote the Afrikaans language and culture. The association was founded in 1930 in Cape Town. Since its inception and up to the end of Apartheid in 1994,membership was only open to members of the Afrikaner Christian community. Membership was thereafter opened to include people of all ethnicities,sharing the same values as the ATKV.

Arnoldus Christiaan Vlok van Wyk was a South African art music composer,one of the first notable generation of such composers along with Hubert du Plessis and Stefans Grové. Despite the strict laws imposed by the Apartheid government during his lifetime,van Wyk's homosexuality was ignored by the authorities throughout his career due to the nationalistic nature of his music.

Hoërskool Voortrekker is a public Afrikaans medium co-educational high school situated in the municipality of Boksburg in the city of Ekurhuleni in the Gauteng province of South Africa. The academic school was established in 1920.

Pieter Johannes de Villiers was a South African pianist,organist and composer. His nicknames were "Prof Piet" and "Piet Vingers". He is known for setting Boerneef poems to music,teaching piano and organ,and accompanying prominent South African musicians on the piano. 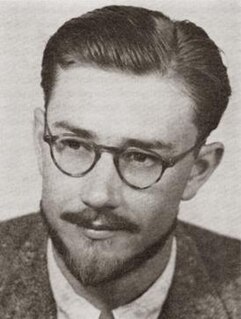