Last updated September 26, 2019
This article is about cinema chain. For the independent cinema with the same name in North Somerset, see Curzon Community Cinema, Clevedon.

Curzon Cinemas are a chain of cinemas based in the United Kingdom, mostly in London, specialising in art house films. They also have a video on demand service, Curzon Home Cinema . 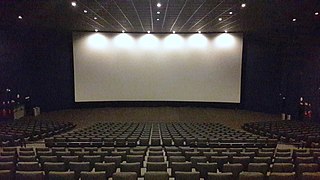 A movie theater, cinema, or cinema hall, also known as a picture house, the pictures, or the movies, is a building that contains auditoria for viewing films for entertainment. Most, but not all, theaters are commercial operations catering to the general public, who attend by purchasing a ticket. Some movie theaters, however, are operated by non-profit organizations or societies that charge members a membership fee to view films.

Curzon Cinemas were established in 1934 when Harold Wingate, who imported unknown films during the post World War I period, opened the first cinema in Mayfair. The second location, Curzon Bloomsbury, opened in 1972. In 1976 Curzon Artificial Eye, the film distribution company was launched.

Curzon Cinemas currently have 12 cinema complexes throughout the United Kingdom. [1]

Curzon Cinemas have also franchised their name and operate in partnership with a number of other locations. [5]

Curzon intends to open three more cinemas in Greater London in 2019: Hoxton, East Finchley and Kingston. [9] It also plans to reopen its Chelsea cinema (which was closed in May 2018) in 2022 after the site is redeveloped by Cadogan Estates. [10] 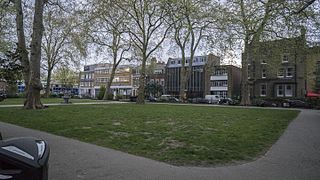 Hoxton is an area in Shoreditch and is in the London Borough of Hackney, England. Together with the rest of Shoreditch, it is often described as part of the East End, the historic core of wider East London. It was historically in the county of Middlesex until 1889. It lies immediately north of the City of London financial district, and was once part of the Ancient Parish and subsequent Metropolitan Borough of Shoreditch, prior to its incorporation into the London Borough of Hackney. 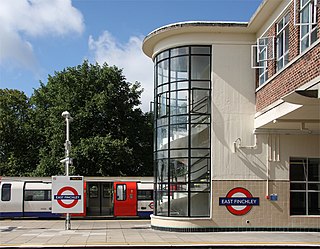 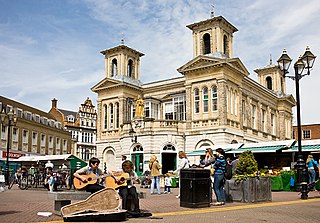 Kingston upon Thames, frequently known as Kingston, is a town in Greater London, England, 10 miles (16.1 km) southwest of Charing Cross. It is the administrative centre of the Royal Borough of Kingston upon Thames, and identified as a major metropolitan centre in the London Plan.

Curzon Artificial Eye is a sister company of Curzon Cinemas. [11] They cover acquisition, production and distribution rights to films across the UK and Ireland. 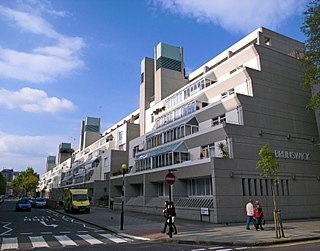 Vue International, formerly SBC International Cinemas, is a British multinational cinema company operating in the United Kingdom, the Republic of Ireland, the Netherlands, Germany, Denmark, Italy, Poland, Latvia, Lithuania and Taiwan. The company was founded in May 2003 by the acquisition of Warner Village Cinemas by SBC and the subsequent rebranding of the business as Vue.

Pathé or Pathé Frères is the name of various French businesses that were founded and originally run by the Pathé Brothers of France starting in 1896. In the early 1900s, Pathé became the world's largest film equipment and production company, as well as a major producer of phonograph records. In 1908, Pathé invented the newsreel that was shown in cinemas prior to a feature film. 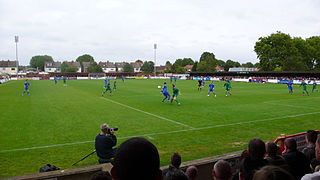 Kingsmeadow is an association football stadium in the area of Norbiton, Kingston upon Thames, London, which is used for the home matches of AFC Wimbledon and Chelsea Women. Until 22 April 2017 it was the home of Kingstonian. It has a capacity of 4,850 with 2,265 seats.

Cineworld Group plc is the world’s second largest cinema chain, with 9,518 screens across 790 sites in 10 countries: the US, the UK, Ireland, Poland, Romania, Israel, Hungary, Czechia, Bulgaria and Slovakia. The group’s primary brands are Regal, Cineworld and Picturehouse, Cinema City and Yes Planet. Cineworld is currently the leading cinema operator in the UK by box office market share, with 99 cinemas and over 1017 screens, including Ireland’s single largest multiplex by screens and customer base. Cineworld Glasgow Renfrew Street is the tallest cinema in the world and the busiest, by customer base, in the UK. The Cineworld site with the greatest number of screens is located at Valley Centertainment in Sheffield, which has 20. It is listed on the London Stock Exchange and is a constituent of the FTSE 250 Index.

Picturehouse Cinemas is a network of cinemas in the United Kingdom, operated by Picturehouse Cinemas Ltd and owned by Cineworld. The company runs its own film distribution arm, Picturehouse Entertainment, which has released acclaimed films such as David Lowery's A Ghost Story, Sally Potter's The Party and Francis Lee's God's Own Country, Custody, Capernaum and The Wife. A previous iteration of this distribution arm, which focused largely on alternative content, was sold in 2017 to Howard Panter and Rosemary Squire and rebranded as Trafalgar Releasing.

Wagamama is a British restaurant chain, serving Asian food based on Japanese cuisine. 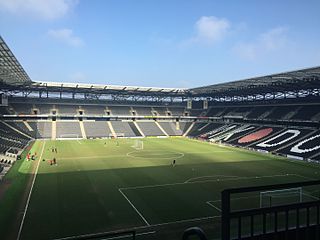 Crossrail 2 is a proposed rail route in South East England, running from nine stations in Surrey to three in Hertfordshire, providing a new North–South rail link across London. It would connect the South Western Main Line to the West Anglia Main Line, via Victoria and King's Cross St Pancras. It is intended to alleviate severe overcrowding that would otherwise occur on commuter rail routes into Central London by the 2030s. Should permission be granted, construction is expected to start around 2023, with the new line opening from the early 2030s. The project's cost has been estimated at £31.2 billion. Boris Johnson, when Mayor of London, called for the line to be called the "Churchill line", after Winston Churchill.

DP World London Gateway is a port within the wider Port of London, United Kingdom. Opened in November 2013, the site is a fully integrated logistics facility, comprising a semi-automated, deep-sea container terminal on the same site as the UK's largest land bank for development of warehousing, distribution facilities and ancillary logistics services.

In its days as an entertainment centre for London, Harringay in North London also provided more locally directed entertainment in the shape of four cinemas. The earliest was opened in 1910 and was operating as a cinema until January 2003.

Wimbledon Film & Television Studios is an English film and television production company and facilities provider, located in Colliers Wood, between Mitcham and Wimbledon in south London.

Reel Cinemas are a chain of multiplex cinemas based in the United Kingdom.

Mary Shelley is a 2017 romantic period-drama film directed by Haifaa al-Mansour and written by Emma Jensen. The plot follows Mary Shelley's first love and her romantic relationship with the poet Percy Bysshe Shelley, which inspired her to write Frankenstein; or, The Modern Prometheus. An international co-production, the film stars Elle Fanning as Shelley, with Maisie Williams, Douglas Booth, Bel Powley, and Ben Hardy in supporting roles.

Curzon Home Cinema is a video-on-demand streaming service available in the UK and Ireland, part of the Curzon World group which has roots going back to 1934. Films on this service are curated by the Curzon Cinemas team, focusing on independent, art house and foreign language titles. Initially launched as Curzon on Demand in 2010, and rebranded in 2013, it was the first service in the UK to show selected new cinema releases at home, the same date they were available to watch in cinemas ("day-and-date"). UK film distributor Curzon Artificial Eye, founded in 1976, is also part of the same business, providing day-and-date releases to the platform, as well as a catalogue of classic titles, including a significant number of Cannes Film Festival Palme d'Or winners. In 2015 more than 60 European films were given day-and-date releases, including Curzon's release of Andrew Haigh's 45 Years, the first such UK title to make over £1 million at the box office.

The Living Staff Living Wage campaign is an umbrella term for the organised workers behind the industrial actions at Picturehouse Cinemas in the United Kingdom.

The Souvenir is a 2019 drama film written and directed by Joanna Hogg. It stars Honor Swinton Byrne, Tom Burke, and Tilda Swinton.