Défense de la France was an underground newspaper produced by a group of the French Resistance during World War II. 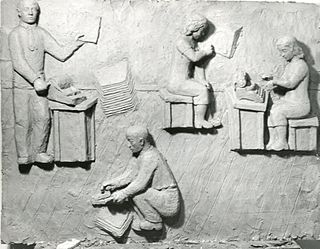 Underground media in German-occupied Europe refers to various kinds of clandestine media which emerged under German occupation during World War II. By 1942, Nazi Germany occupied much of continental Europe. The widespread German occupation saw the fall of public media systems in Northern France, Belgium, Poland, Norway, Czechoslovakia, Northern Greece, and the Netherlands. All press systems were put under the ultimate control of Joseph Goebbels, the German Minister of Propaganda.

The French Resistance was the collection of French movements that fought against the Nazi German occupation of France and the collaborationist Vichy régime during the Second World War. Resistance cells were small groups of armed men and women, who, in addition to their guerrilla warfare activities, were also publishers of underground newspapers, providers of first-hand intelligence information, and maintainers of escape networks that helped Allied soldiers and airmen trapped behind enemy lines. The men and women of the Resistance came from all economic levels and political leanings of French society, including émigrés, academics, students, aristocrats, conservative Roman Catholics, and also citizens from the ranks of liberals, anarchists and communists.

Essentially developed in the Northern Zone, Défense de la France distinguishes itself by an activity centered on the distribution of a clandestine newspaper created in August 1941 by a group of Parisian students, of the Christian faith. Philippe Viannay was the founder of it and the main editor. With a circulation of 450,000 in January 1944, it had the largest circulation of the whole clandestine press.

Philippe Viannay was a French journalist.

The niece of Charles de Gaulle, Geneviève, known later under the name of Geneviève de Gaulle-Anthonioz was part of the founding group of the movement.

Geneviève de Gaulle-Anthonioz was a member of the French Resistance and served as president of ATD Quart Monde. Her uncle was General Charles de Gaulle.

The newspaper denounced the attacks and actions of the army up until 1942. It firstly supported General Henri Giraud before turning to de Gaulle in June 1943. Not represented at the Conseil National de la Résistance (National Resistance Council), at the end of 1943 Défense de la France adhered to the Mouvement de Libération Nationale (National Liberation Movement), which participated in the foundation of the right-of-center Democratic and Socialist Union of the Resistance (UDSR).

Henri Honoré Giraud was a French general who was captured in both World Wars, but escaped both times.

The Democratic and Socialist Union of the Resistance was a French political party founded after the liberation of France from German occupation and mainly active during the Fourth Republic (1947–58). It was a loosely organised "cadre party" without mass membership. Its ideology was vague, including a broad diversity of different political convictions with descriptions ranging from left-wing via centrist to conservative. It was decidedly anti-communist and linked with the Paix et Liberté movement. The UDSR was a founding member of the Liberal International in 1947. 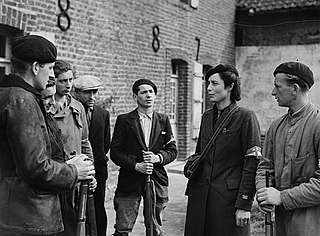 The Maquis were rural guerrilla bands of French Resistance fighters, called maquisards, during the Nazi Occupation of France in World War II. Initially, they were composed of men and women who had escaped into the mountains to avoid conscription into Vichy France's Service du travail obligatoire to provide forced labor for Germany. To avert capture and deportation to Germany, they became increasingly organized into active resistance groups.

Jean Moulin was a high-profile member of the Resistance in France during World War II. He is remembered today as an important symbol of the Resistance, owing mainly to his role in unifying the French resistance under Charles de Gaulle and his death while in Gestapo custody. 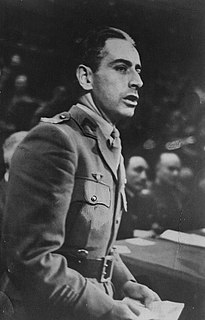 Pierre Brossolette was a French journalist, a leading left-wing politician, and a major hero of the French Resistance.

The National Front was a World War II far-left French Resistance movement, created in 1941 by Jacques Duclos and Pierre Villon, both members of the French Communist Party (PCF). Its name was inspired by the Popular Front, a left-wing coalition which governed France from 1936 to 1938. 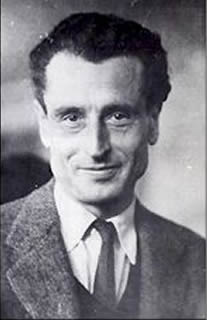 Emmanuel d'Astier de La Vigerie was a French journalist, politician and member of the French Resistance.

The National Council of the Resistance, in French Conseil National de la Résistance (CNR), was the body that directed and coordinated the different movements of the French Resistance - the press, trade unions, and members of political parties hostile to the Vichy regime, starting from mid-1943.

Gilbert Renault was known during the French Resistance under the name Colonel Rémy. He is one of the most famous secret agents of occupied France during World War II, and was known under various pseudonyms such as Raymond, Jean-Luc, Morin, Watteau, Roulier, Beauce and Rémy.

The Musée de l'Ordre de la Libération is a military museum located in the 7th arrondissement at 51 bis boulevard de La Tour-Maubourg, Paris, France. It is open daily except Sunday; admission is free. The museum is dedicated to the Ordre de la Libération, France's second national order after the Légion d'honneur, which was created in 1940 by General Charles de Gaulle, leader of the Free French Forces. In 1967 de Gaulle moved the Order of the Liberation into Les Invalides. The museum contains three galleries and six rooms documenting the history of the Free French Forces, de Gaulle's manuscripts, resistance activities, and the concentration camps. Showcases contain more than 4,000 objects including uniforms, weapons, clandestine press and leaflets, transmitters, flags taken to the enemy on the battlefields of Africa and Europe, the first naval flags of Free France, and relics from the camps. The hall of honor is dedicated to General de Gaulle.

Libération-Nord was one of the principal resistance movements in the northern occupied zone of France during the Second World War. 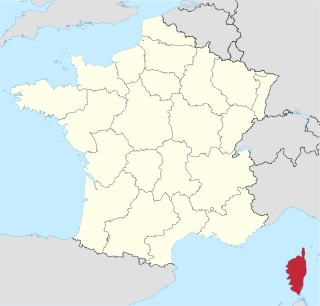 Jacques Baumel was a French politician. He was born on 6 March 1918 in Marseille and died 17 February 2006 in Rueil-Malmaison. He was a French resistance fighter, deputy in the National Assembly, a Senator, an important leader of the Gaullist movement, and Secretary of State and mayor of Rueil-Malmaison.

Maxime Blocq-Mascart was a French banker, economist and lobbyist who became a leader of the French Resistance during World War II (1939–45). He had antisemitic sympathies. He headed the conservative Organisation civile et militaire (OCM) in the later part of the war. After the war he was involved in various organizations to assist resistance members and families who had been disrupted by deportations. He supported eugenic approaches to revive the falling birthrate. He was a Conseller d'Etat from 1951 to 1962.