DAFIF ( /ˈdeɪfɪf/ ) or the Digital Aeronautical Flight Information File is a comprehensive database of up-to-date aeronautical data, including information on airports, airways, airspaces, navigation data, and other facts relevant to flying in the entire world, managed by the National Geospatial-Intelligence Agency (NGA) of the United States.

DAFIF was publicly available until October 2006 through the Internet; however, it was closed to public access because "increased numbers of foreign source providers are claiming intellectual property rights or are forewarning NGA that they intend to copyright their source". [1] Currently, only federal and state government agencies, authorized government contractors, and Department of Defense customers are able to access the DAFIF data.

At the time of the announcement, the NGA did not say who the "foreign source providers" were. It was subsequently revealed that the Australian Government was behind the move. The Australian government-owned corporation Airservices Australia in September 2003 started charging for access to Australian data. Rather than exclude the Australian data, the NGA opted to stop making the data available to the public. [2]

Since the DAFIF data has ceased to be available to the public, new sources of the data have arrived, though none is (yet) a complete replacement: 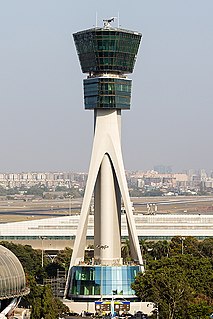 Air traffic control (ATC) is a service provided by ground-based air traffic controllers who direct aircraft on the ground and through controlled airspace, and can provide advisory services to aircraft in non-controlled airspace. The primary purpose of ATC worldwide is to prevent collisions, organize and expedite the flow of air traffic, and provide information and other support for pilots. In some countries, ATC plays a security or defensive role, or is operated by the military. 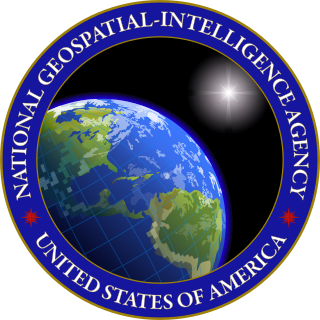 A GIS file format is a standard of encoding geographical information into a computer file. They are created mainly by government mapping agencies or by GIS software developers.

A notice to airmen (NOTAM) is a notice filed with an aviation authority to alert aircraft pilots of potential hazards along a flight route or at a location that could affect the safety of the flight. NOTAMs are unclassified notices or advisories distributed by means of telecommunication that contain information concerning the establishment, conditions or change in any aeronautical facility, service, procedure or hazard, the timely knowledge of which is essential to personnel and systems concerned with flight operations. NOTAMs are created and transmitted by government agencies and airport operators under guidelines specified by Annex 15: Aeronautical Information Services of the Convention on International Civil Aviation (CICA). The term NOTAM came into common use rather than the more formal notice to airmen following the ratification of the CICA, which came into effect on 4 April 1947. Notices to airmen were normally published in a regular publication by each country's air authorities. A number of developments and amendments to the CICA have resulted in the more automated system available today.

The European Organisation for the Safety of Air Navigation, commonly known as EUROCONTROL, is an international organisation working to achieve safe and seamless air traffic management across Europe. Founded in 1960, EUROCONTROL currently has 41 member states and is headquartered in Brussels, Belgium. It has several local sites as well, including R&D activities in Brétigny-sur-Orge, France, the Institute of Air Navigation Training (IANS) in Luxembourg, and the Maastricht Upper Area Control Centre (MUAC) in Maastricht, the Netherlands. The organisation employs approximately two thousand people, and operates with an annual budget in excess of half a billion Euro. 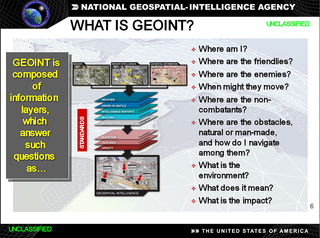 The Aeronautical Information Exchange Model (AIXM) is designed to enable the management and distribution of Aeronautical Information Services (AIS) data in digital format. AIXM is based on Geography Markup Language (GML) and is one of the GML Application Schemas which is applicable for the Aeronautical domain. It was developed by the US Federal Aviation Administration (FAA), the US National Geospatial Intelligence Agency (NGA) and the European Organisation for the Safety of Air Navigation (EUROCONTROL).The current version is AIXM 5.1.1.

Sailing Directions are written directions that describe the routes to be taken by boats and ships during coastal navigation and port approaches. There are also products known as Sailing Directions, which are books written by various Hydrographic Offices throughout the world. They are known as Pilot Books, because they provide local knowledge of routes and landmarks, which would typically be provided by a local marine pilot. As such, they are used frequently by naval and government vessels, who are exempted from 'Compulsory Pilotage' in many ports. 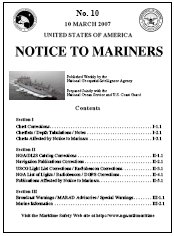 A notice to mariners advises mariners of important matters affecting navigational safety, including new hydrographic information, changes in channels and aids to navigation, and other important data.

Sam Mbakwe International Cargo Airport, also known as Imo State Airport, serves Owerri, the capital city of Imo State in southeastern Nigeria. It is located in Ngor Okpala Local Government Area, Imo State. Other cities served by the airport are, the commercial city of Onitsha, automobile and manufacturing city of Nnewi in Anambra State, the industrial hub of Aba, Umuahia and Arochukwu in Abia State. Others are Okigwe, Oguta, and Orlu business districts in Imo State. The airport also serves some parts of Akwa Ibom and Cross River States in the South South part of Nigeria.

Antonio Nariño Airport is located in the town of Chachagüí and serves the city of Pasto in the Nariño Department of Colombia. The airport is 35 kilometres (22 mi) north of Pasto. It handles only domestic flights in addition to military operations and private charters. A new terminal, administrative and tower control were built, also new navigation equipment was set up due to the increasing number of passengers and cargo flights. Usually Airbus 318, 319, 320, Boeing 737, 727, turboprop and different types of smaller aircraft use this airport.

GeoBase is a federal, provincial and territorial government initiative that is overseen by the Canadian Council on Geomatics (CCOG). It is undertaken to ensure the provision of, and access to, a common, up-to-date and maintained base of quality geospatial data for Canada. Through the GeoBase, users with an interest in geomatics have access to quality geospatial information at no cost and with unrestricted use.

Geographic information systems (GIS) play a constantly evolving role in geospatial intelligence (GEOINT) and United States national security. These technologies allow a user to efficiently manage, analyze, and produce geospatial data, to combine GEOINT with other forms of intelligence collection, and to perform highly developed analysis and visual production of geospatial data. Therefore, GIS produces up-to-date and more reliable GEOINT to reduce uncertainty for a decisionmaker. Since GIS programs are Web-enabled, a user can constantly work with a decision maker to solve their GEOINT and national security related problems from anywhere in the world. There are many types of GIS software used in GEOINT and national security, such as Google Earth, ERDAS IMAGINE, GeoNetwork opensource, and Esri ArcGIS.

Nancy E. Bone is an American former intelligence officer who served as Director of National Photographic Interpretation Center between October 1993 and September 1996.