Born in the East New York neighbourhood of Brooklyn, Dondi was the youngest of five children. He was of African American and Italian American descent. He attended a Catholic school during his sophomore years. By 1975, East New York became an unstable region with racial tensions and social conflicts such as the prominence of gangs. In an interview with Zephyr, Dondi stated that he had joined several gangs in the 1970s to avoid being attacked. Anxious to leave high school behind, he earned his GED in 1984, took a job in a government office, and began to indulge his interest in graffiti.

Graffiti became a serious part of Dondi's life in the mid-1970s. He tagged using "NACO" and "DONDI", and worked on refining his style, gradually moving from simple tagging to building more elaborate pieces. Using the name Dondi (a version of his own name) was considered very risky at the time, as the Metropolitan Transportation Authority and the New York Police Department (NYPD) were trying to crack down on writers. In 1979, Dondi officially adopted his name when he painted a giant piece on the roof of his house.

He became a member of TOP crew (The Odd Partners) in 1977. In 1978, Dondi formed his own crew, named CIA (Crazy Inside Artists), which included other prominent artists such as his good friend DURO. For the next 20-odd years, Dondi became recognized as the stylistic standard, influencing generations of graffiti writers. [4]

Dondi pioneered many of the styles and techniques still used by modern graffiti artists.[ citation needed ] Though he would often do wildstyle pieces for the benefit of other writers (like the famous 2MANY piece), he wanted the public to be able to read and enjoy his work, so he would focus on readable letters with intricate fills and characters.

His most famous work was Children of the Grave Parts 1, 2 and 3—three whole cars on the New York City Subway in the years 1978 through 1980.[ citation needed ] The name of the piece was taken from a Black Sabbath song. Journalist Martha Cooper filmed the final piece from start to finish. On this last piece, Dondi adopted the cartoon characters from the late Vaughn Bode. He later painted a version of Children of the Grave 3 in a studio.

He was the first graffiti artist to have a one-man show in the Netherlands and Germany, and his work is collected by European museums.[ citation needed ]

As attested by newspapers and magazines of the early 1980s, like People magazine [5] he worked with the Fun Gallery and together with artists of the like of Jean-Michel Basquiat, Lee Quinones, Keith Haring, ERO (Dominique Philbert), Rammellzee, Fab 5 Freddy, Futura 2000, Toxic, Zephyr, and others, he brought Graffiti art from the streets to art galleries, and museums of the United States, Europe, and Japan.

Dondi had no children but his family, including brother Michael White and his son Mike White have been moving his legacy forward. Dondi left behind hundreds of paintings and drawings, the ownership of which is still being disputed.[ citation needed ] Zephyr, IZ the Wiz, Doc and Keo painted tribute murals between 1998 and 2000. The glass-pipe artist Marbleslinger features a Dondi stencil on a series of pieces from 2008.

Dondi was featured on a Converse shoe as part of the Product Red project (2007) [8] as well as on a capsule clothing line by Kool Sugar Apparel that was to be available in 2016. Parts of the proceeds are going to an AIDS charity. In 2019 the Dondi White Foundation partnered with Virgil Abloh for his Off-White clothing line. Proceeds donated to God's we deliver. All upcoming collaborations will be posted on Instagram @dondi_the_real. 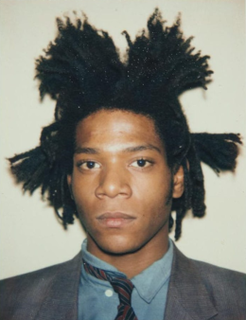 Jean-Michel Basquiat was an American artist who rose to success during the 1980s as part of the Neo-expressionism movement. 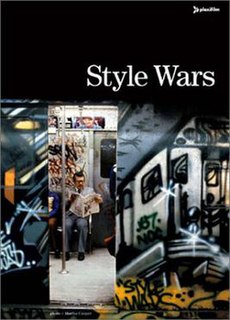 Style Wars is an American 1983 documentary film on hip hop culture, directed by Tony Silver and produced in collaboration with Henry Chalfant. The film has an emphasis on graffiti, although bboying and rapping are covered to a lesser extent. The film was originally aired on PBS television on January 18, 1984, and was subsequently shown in several film festivals to much acclaim, including the Vancouver Film Festival. It also won the Grand Jury Prize: Documentary at the Sundance Film Festival. 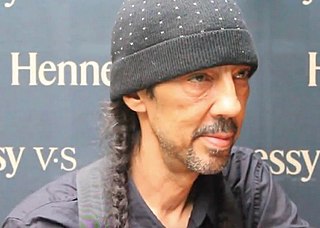 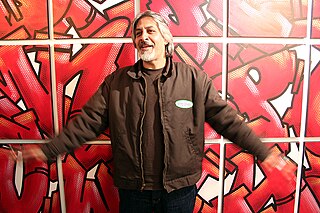 Richard "Richie" Mirando, known as Seen UA is an American graffiti artist. He is one of the best known graffiti artists in the world and has been referred to as the Godfather of Graffiti. 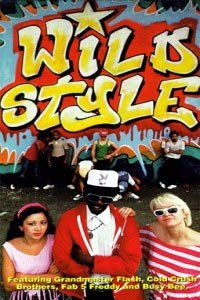 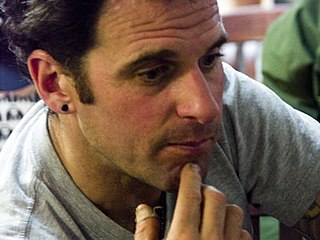 ZEPHYR, born Andrew Witten, is a graffiti artist, lecturer and author from New York City. He began writing graffiti in 1975 using the name "Zephyr" in 1977. He is considered a graffiti "elder", who along with Futura 2000, Blade, PHASE 2, CASH, Lady Pink and TAKI 183 invented styles and standards which are still in use. 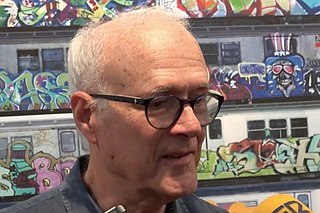 Henry Chalfant is an American photographer and videographer most notable for his work on graffiti, breakdance, and hip hop culture.

Rammellzee was a visual artist, gothic futurist "graffiti writer", painter, performance artist, art theoretician, sculptor and a hip hop musician from New York City, who has been cited as "instrumental in introducing elements of the avant-garde into hip-hop culture".

Lady Pink, born Sandra Fabara (1964), is an Ecuadorian-American graffiti and mural artist. She has focused her career on using graffiti and murals as acts of rebellion and self-expression, and empowering women. As Lady Pink says, "It's not just a boys club. We have a sisterhood thing going." She was nicknamed the "first lady of graffiti," because she was one of the first women active in the early 1980s New York City subway graffiti subculture.

Daniel Colen is an American artist based in New York. His work consists of painted sculptures appropriating low-cultural ephemera, graffiti-inspired paintings of text executed in paint, and installations. 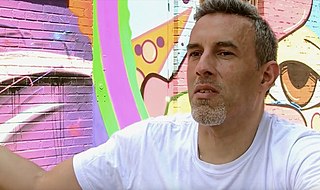 Crash is a graffiti artist.

Patti Astor is an American performer who was a key actress in New York City underground films of the 1970s, and the East Village art scene of the 1980s, and involved in the early popularizing of hip hop. She co-founded the instrumental contemporary art gallery, Fun Gallery.

Victor Ash, also known as Ash, is a Copenhagen-based artist originally from Paris, France. Ash primarily works on canvas, lithography, and sometimes installations. He has exhibited regularly in various museums and galleries around the world since the late 1980s.

George “Crime79” Ibañez is a famous New York City-based graffiti artist. He was introduced to graffiti art while attending Franklin K. Lane High School and began painting subways at age 13 in the East New York section of Brooklyn. While continuing with his subway art, Ibañez was named Class Artist and received the Art Students League of New York Gold Medal. He then studied at the School of Visual Arts.

Niels Shoe Meulman is a visual artist, graffiti writer, graphic designer and art director, born, raised and based in Amsterdam, Netherlands. ”Experimenting within the traditional medium of paint-on-canvas, but also unafraid to venture into other domains like conceptual installations and poetry, Niels Shoe Meulman keeps pushing the limits of the global urban contemporary art movement," writes the Museum of Graffiiti, who collected his artwork into their permanent collection, as has the Stedelijk Museum in Amsterdam and The San Francisco Museum of Modern Art, and many private collectors.

Graffiti in New York City has had a substantial local, national, and international influence. Originating in Philadelphia and spreading to the New York City Subway and beyond, graffiti is among the most common forms of vandalism committed today.

MadC is a graffiti writer and muralist. She was born in Bautzen, Germany, and is most known for her large-scale, outdoor artistic paintings.

The Fun Gallery was an art gallery founded by Patti Astor and Bill Stelling in 1982. The Fun Gallery had a cultural impact until it closed in 1985. As the first art gallery in Manhattan's East Village, it exposed New York to the talents of street art by showcasing graffiti artists like Fab 5 Freddy, Futura 2000, Lee Quiñones, Zephyr, Dondi, Lady Pink, and ERO. Contemporary artists Kenny Scharf, Jean-Michel Basquiat, and Keith Haring also had solo exhibitions at the Fun Gallery.

Anthony Clark, known as A-One, was an American graffiti artist. He developed a style he called "aerosol expressionism."