Daivathinte Makan (transl. Son of God) is a 2000 Indian Malayalam-language action comedy film directed by Vinayan. It stars Jayaram, Prema, and Pooja Batra. The film was released in 2000. [1] [2] [3] 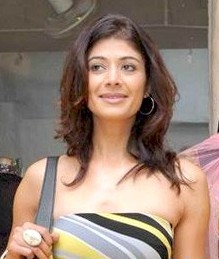 Pooja Batra Shah is an Indian-American actress and model who primarily works in Hindi films. She was runner-up at the Miss India contest in 1993. Chocklet is a 2001 Indian Tamil-language action romance film directed by A. Venkatesh the story penned by R. Madhesh and produced by R. Madhesh. Starring Prashanth and debutant Jaya Re, the film also has Livingston, Suhasini, Mumtaj and Nagendra Prasad in supporting roles, while the score and soundtrack are composed by Deva. The film opened on 7 September 2001 to a positive response and was successful at the box office. 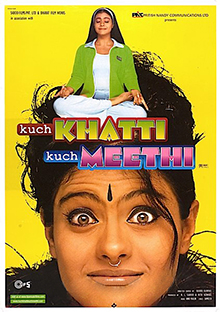 Kuch Khatti Kuch Meethi is a 2001 Indian film directed by Rahul Rawail and starring Kajol in a double role as two estranged identical twins. The storyline follows the general theme of its 1961 Hollywood counterpart The Parent Trap, which is based on the 1949 novel Lisa and Lottie, but with the added melodrama and slight-changed storyline of a Bollywood movie. The film also stars Sunil Shetty, Rishi Kapoor, Rati Agnihotri and Pooja Batra. This is the second time that Kajol played a dual role after Dushman. The rights to this film are owned by Shah Rukh Khan's Red Chillies Entertainment.

Sadak (transl. Road) is a 1991 Indian Hindi-language romantic thriller film directed by Mahesh Bhatt. It stars Sanjay Dutt and Pooja Bhatt. The film is one of the highest-grossing movies of the year 1991. The film is also fondly remembered for the late Sadashiv Amrapurkar's award-winning performance as the film's villain, Maharani. The film was inspired by the 1976 American movie Taxi Driver. This film was remade in Tamil as Appu (2000). A sequel, Sadak 2, was released on 28 August 2020 in Disney+ Hotstar. 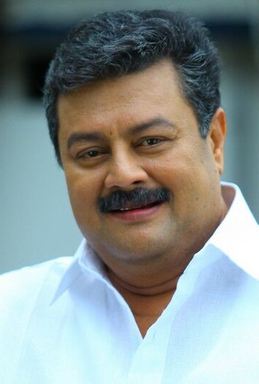 Hareendran Oru Nishkalankan is a 2007 Indian Malayalam-language film directed by Vinayan and written by Vishnu Vinayan, based on his own comic book. The movie stars Indrajith and Jayasurya in the lead roles. 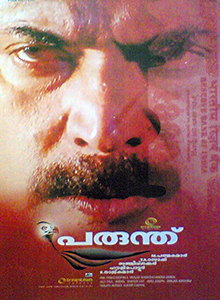 Shivani Bhai is an Indian actress, model, and host who has appeared in Malayalam, Telugu, and Tamil language films 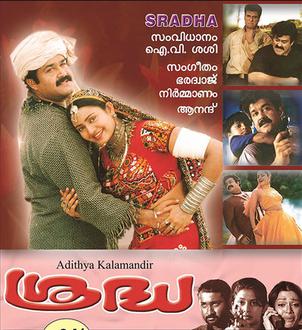 Sradha is a 2000 Indian Malayalam language action film directed by I. V. Sasi and written by T. Damodaran and Dr. Rajendrababu. The film stars Mohanlal, Arun Pandian, Abhirami, Sangeetha, Shobhana and Indraja. It features a musical score and soundtrack composed by Bharathwaj. The plot follows the investigations of a police squad led by Ganga Prasad (Mohanlal) for a terrorist threat in the city. The film was released on 7 July 2000, and ended up as a critical and commercial failure. It was dubbed and released in Tamil titled Dhool Police and in Telugu as Abhi.

Swayamvara Panthal is a 2000 Indian Malayalam-language drama film directed by Hari Kumar and written by Sreenivasan. It stars Jayaram and Samyuktha Varma. The music was composed by Johnson. 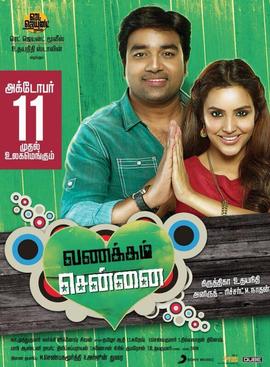 Vanakkam Chennai is a 2013 Indian Tamil-language romantic comedy film written and directed by debutant Kiruthiga Udhayanidhi. Produced by her husband Udhayanidhi Stalin under the banner Red Giant Movies, the film stars Shiva and Priya Anand, with Santhanam and Rahul Ravindran portray supporting roles. The music is scored by Anirudh Ravichander, and cinematography was handled by Richard M. Nathan, and editing by T. S. Suresh. The film released worldwide on 11 October 2013, and received positive reviews from critics.

Indriyam is a 2000 Indian Malayalam-language horror film directed by George Kithu. The film is about a group of college friends who go into a haunted forest, with Vani Viswanath, Vikram, Nishanth Sagar, Boban Alummoodan And Lena appearing amongst others in the cast. It was dubbed and released in Tamil as Manthira Kottai in December 2000, shortly after the success of Sethu, in which Vikram had featured.

Innale Vare is an Indian Malayalam-language film, which is directed by Jis Joy and produced by Mathew George. The film stars Asif Ali, Nimisha Sajayan and Antony Varghese in lead roles. The film was directly released on SonyLIV OTT platform on 9 June 2022.