Hennesy was the son of designers and layout artists for Walt Disney. He began working in motion pictures as an illustrator at Twentieth Century Fox, including illustration work on The King and I and South Pacific. [2] He won the Academy Award for best art direction for Fantastic Voyage (1966), for which he created sets depicting the interior of the human body. He was also nominated for his art direction in creating the futuristic sets of Logan's Run (1976) and Annie (1982). [3] He designed a $1-million tenement row street scene for Annie that was subsequently used in many motion pictures and was named Hennesy Street in his honor. [4]

Hennesy died suddenly of a heart attack in 1981 during production of Annie. [5] 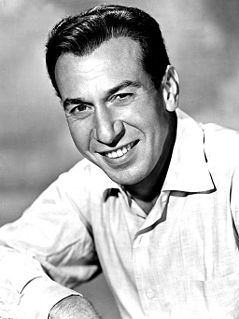 Harper Goff, born Ralph Harper Goff, was an American artist, musician, and actor. For many years, he was associated with The Walt Disney Company, in the process of which he contributed to various major films, as well as to the planning of the Disney theme parks. During World War II, he was also an advisor to the U.S. Army on camouflage.

Fantastic Voyage is a 1966 American science-fiction film directed by Richard Fleischer and written by Harry Kleiner, based on a story by Otto Klement and Jerome Bixby. The film is about a submarine crew who are shrunk to microscopic size and venture into the body of an injured scientist to repair damage to his brain. The original story took place in the 19th century and was meant to be a Jules Verne-style adventure with a sense of wonder. Kleiner abandoned all but the concept of miniaturization and added a Cold War element. The film starred Stephen Boyd, Raquel Welch, Edmond O'Brien, Donald Pleasence, and Arthur Kennedy. 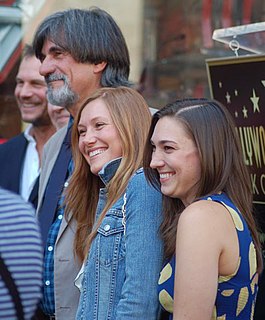 Jack Fisk is an American production designer and director.

Bansi Chandragupta (1924–1981) was an Indian art director and production designer, regarded among the greatest of art directors of Indian film industry. He won Filmfare Best Art Direction Award thrice, for Seema in 1972, for Do Jhoot in 1976 and for Chakra in 1982. He was awarded Evening Standard British Film Award posthumously for "best technical/artistic achievement" in 1983. He was born in 1924 in Sialkot, Punjab, British India and died on 27 June 1981 in Brookhaven, New York, United States.

Annie is a 1982 American musical comedy-drama based on the 1977 Broadway musical of the same name by Charles Strouse, Martin Charnin and Thomas Meehan, which in turn is based on the Little Orphan Annie comic strip created by Harold Gray. Directed by John Huston and written by Carol Sobieski, the film stars Albert Finney, Carol Burnett, Ann Reinking, Tim Curry, Bernadette Peters, Geoffrey Holder, Edward Herrmann and Aileen Quinn as the title character. Set during the Great Depression in 1933, the film tells the story of Annie, an orphan from New York City who is taken in by America's richest billionaire Oliver Warbucks. Principal photography took place for six weeks at Monmouth University in New Jersey.

Saul David was an American book editor and film producer.

Dianne Wager was an art director, production designer, and set designer for motion pictures and television.