Dan Daniel (June 6, 1890 – July 1, 1981), born Daniel Margowitz, [lower-alpha 1] was an American sportswriter whose contributions over a long period led him to be called "the dean of American baseball writers".

Daniel was born in Springfield, Massachusetts. [1] His family moved to New York City when he was a boy, and he remained there throughout his career. He attended the City College of New York, where he managed the basketball team.

Daniel received his first writing assignment with the New York Herald in 1909 at the age of 19. He decided to use a single-name byline, "By Daniel", because editors in the early 20th century were concerned that anti-Semitism would hurt newspaper sales if he used his Jewish surname.

By 1924, Daniel had settled at the New York Telegram , where he remained for the next forty years. In 1925, he won Best Story of the Year from the Baseball Writers' Association of America for his portrayal of Walter Johnson's loss in Game 7 of the Washington Senators/Pittsburgh Pirates World Series match-up.

In the early 1920s, Daniel helped start The Ring with Nat Fleischer. He was a prolific contributor and editor throughout The Ring's history and could be seen behind his desk at The Ring when he was well past the age of 80.

From 1930 through the 1960s, Daniel was a frequent contributor to Baseball Magazine and SPORT , along with other sporting publications of the day. His patriotic articles during World War II earned him wide praise. He was one of the first writers to identify the potential of both Joe DiMaggio and Mickey Mantle, extolling their virtues before either had swung a major league bat.

In 1930, Daniel was elected president of the New York chapter of the Baseball Writers' Association of America. That year, New York Mayor Jimmy Walker made Daniel sports chairman of his Committee for Relief of the Unemployed. The committee organized the first college basketball games in Madison Square Garden and raised the equivalent of 5 million dollars between 1930 and 1933. Walker presented a citation to Daniel at a testimonial dinner held in his honor, the first time a private citizen had been so-honored by the city.

Also in 1930, Daniel helped convince Babe Ruth to sign his record US$80,000 contract with the New York Yankees. Ruth had been holding out for more money and had threatened to boycott spring training in Saint Petersburg, Florida. Daniel helped Ruth come to the decision to sign by reminding him that many of his fans were out of work and selling apples on street corners back home in New York City.

Later in 1930, Daniel published Babe Ruth, Idol of the American Boy. This early biography of The Babe was developed from material Daniel had published in a series of feature stories in the New York Telegram. It included a foreword to boys from The Babe admonishing them to "do everything in moderation"!

Starting in the 1940s, his "Ask Daniel" column ran in the World Telegram every Tuesday. Daniel answered thousands of baseball questions, becoming one of the game's leading experts and historians. Each spring, Daniel put his reputation on the line by predicting how the eight teams in each league would finish. Cartoonist Willard Mullin captured the audacity of these predictions in charming caricatures.

Daniel was an accomplished speaker and raconteur. He had a rasping voice and a biting wit, which made him a popular choice as master of ceremonies for sports dinners and roasts.

Daniel was official scorer for more than twenty games during Joe DiMaggio's 1941 hitting streak. His decisions are still criticized more than 70 years later, but Daniel maintained throughout his life that he called each play as he saw it.

Shortly after Babe Ruth's death in 1948, Daniel wrote The Real Babe Ruth, his second biography of the Babe, which contained many of his personal recollections from having been friend and advisor to Babe Ruth.

In 1972, Daniel received the J. G. Taylor Spink Award from the BBWAA, baseball's highest honor for a writer. In his speech during ceremonies at the National Baseball Hall of Fame, he thanked the players and the fans for "giving him the medium of a wonderful career". He mused that without baseball, he would have ended up as a doctor and assured the audience that "Had I been a doctor, I would have made house-calls".

At the age of 86, Daniel was still a relevant contributor to the history of New York City sports. In 1976, he co-authored "Yankee Stadium Then and Now", a feature article in The New York Times .

Daniel was a noted bibliophile and amassed a significant collection of first editions, befriending book sellers in the cities he frequented as he traveled with the Yankees and other teams. His collection included an imprint of Aristotle's Art of Rhetoric , published by Gunther Zainer in 1476. 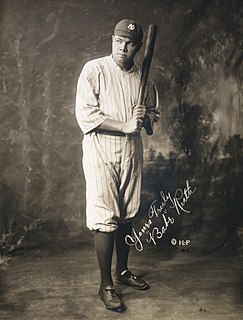 George Herman "Babe" Ruth Jr. was an American professional baseball player whose career in Major League Baseball (MLB) spanned 22 seasons, from 1914 through 1935. Nicknamed "The Bambino" and "The Sultan of Swat", he began his MLB career as a star left-handed pitcher for the Boston Red Sox, but achieved his greatest fame as a slugging outfielder for the New York Yankees. Ruth established many MLB batting records, including career home runs (714), runs batted in (RBIs) (2,213), bases on balls (2,062), slugging percentage (.690), and on-base plus slugging (OPS) (1.164); the last two still stand as of 2021. Ruth is regarded as one of the greatest sports heroes in American culture and is considered by many to be the greatest baseball player of all time. In 1936, Ruth was elected into the Baseball Hall of Fame as one of its "first five" inaugural members.

Joseph Paul DiMaggio, nicknamed "Joltin' Joe" and "The Yankee Clipper", was an American baseball center fielder who played his entire 13-year career in Major League Baseball for the New York Yankees. Born to Sicilian Italian immigrants in California, he is widely considered one of the greatest baseball players of all time, and had a 56-game hitting streak, a record that still stands.

Jacob Ruppert Jr. was an American brewer, businessman, National Guard colonel and politician who served for four terms representing New York in the United States House of Representatives from 1899 to 1907. He also owned the New York Yankees of Major League Baseball from 1915 until his death in 1939. 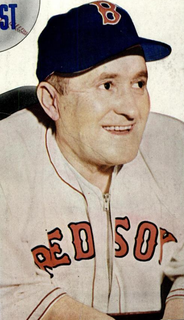 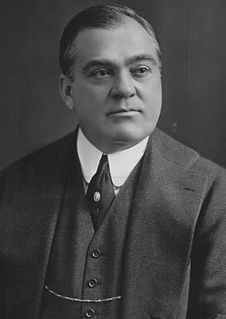 Edward Grant Barrow was an American manager and front office executive in Major League Baseball. He served as the field manager of the Detroit Tigers and Boston Red Sox. He served as business manager of the New York Yankees from 1921 to 1939 and as team president from 1939 to 1945, and is credited with building the Yankee dynasty. Barrow was elected to the Baseball Hall of Fame in 1953.

The Babe Ruth Award is given annually to the Major League Baseball (MLB) player with the best performance in the postseason. The award, created in honor of Babe Ruth, was first awarded in 1949 to the MVP of the World Series, one year after Ruth's death. The award was created by the New York City chapter of the Baseball Writers' Association of America (BBWAA). It continued to be awarded exclusively for performances in the World Series until 2007, when the New York chapter of the BBWAA changed the award to cover the entire postseason. Though it is older than the World Series Most Valuable Player Award, which was not created until 1955, the Babe Ruth Award is considered less prestigious, because it is not sanctioned by MLB and is awarded several weeks after the World Series. 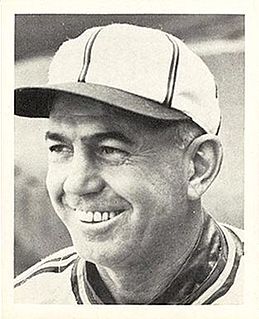 Fred Hofmann, nicknamed "Bootnose", was an American professional baseball player, coach, scout and manager. From 1919 to 1928, he played as a catcher in Major League Baseball for the New York Yankees and the Boston Red Sox. Listed at 5 feet 11.5 inches (1.816 m), 175 pounds (79 kg), Hofmann batted and threw right-handed. 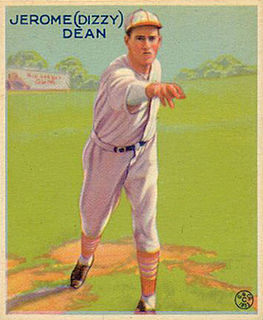 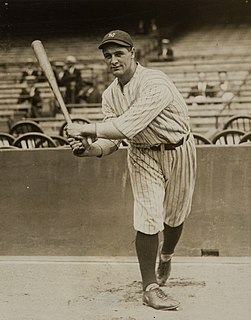 Henry Louis Gehrig was an American professional baseball first baseman who played 17 seasons in Major League Baseball (MLB) for the New York Yankees (1923–1939). Gehrig was renowned for his prowess as a hitter and for his durability, which earned him his nickname "The Iron Horse". He was an All-Star seven consecutive times, a Triple Crown winner once, an American League (AL) Most Valuable Player twice, and a member of six World Series champion teams. He had a career .340 batting average, .632 slugging average, and a .447 on base average. He hit 493 home runs and had 1,995 runs batted in (RBI). He still has the highest ratio of runs scored plus runs batted in per 100 plate appearances (35.08) and per 100 games (156.7) among Hall of Fame players. In 1939, he was elected to the Baseball Hall of Fame and was the first MLB player to have his uniform number (4) retired by a team.

John Dale Sylvester was an American packing machinery company executive who was best known for a promise made to him by Babe Ruth during the 1926 World Series. Sylvester was seriously ill and hospitalized. Ruth said he would hit a home run on his behalf, which was followed by what was widely reported at the time as Sylvester's miraculous recovery.

Paul Bernard Krichell was a Major League Baseball catcher, best known for being the head scout for the New York Yankees for 37 years until his death. Krichell's talent evaluations and signings played a key role in building up the Yankees' run of success from the Murderers' Row teams of the 1920s to the 1950s teams led by Casey Stengel. 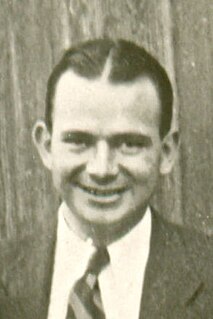 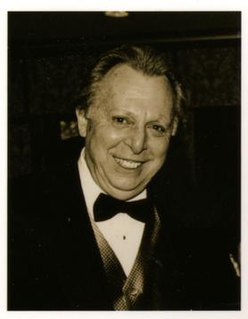 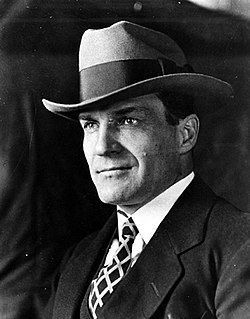 Erle Vansant Painter, or Doc, was an American chiropractor and athletic trainer for the Boston Braves (1929) and New York Yankees (1930–1942). He also helped direct the Brooklyn YMCA, and was a professor at Florida Southern College. Due to his role as trainer for the Yankee organization he was credited with "modernizing training methods for professional athletes".