Daniel Coit Gilman ( /ˈɡɪlmən/ ;July 6,1831 –October 13,1908) was an American educator and academic. [1] Gilman was instrumental in founding the Sheffield Scientific School at Yale College, [2] and subsequently served as the second president of the University of California,Berkeley,as the first president of Johns Hopkins University,and as founding president of the Carnegie Institution. Eponymous halls at both Berkeley and Hopkins pay tribute to his service. He was also co-founder of the Russell Trust Association,which administers the business affairs of Yale's Skull and Bones society. Gilman served for twenty five years as president of Johns Hopkins;his inauguration in 1876 has been said to mark "the starting point of postgraduate education in the U.S." [3]

Born in Norwich,Connecticut, [4] the son of Eliza (née Coit) and mill owner William Charles Gilman,a descendant of Edward Gilman,one of the first settlers of Exeter,New Hampshire,of Thomas Dudley,Governor of the Massachusetts Bay Colony and one of the founders of Harvard College,and of Thomas Adgate,one of the founders of Norwich in 1659. [5] Daniel Coit Gilman graduated from Yale College in 1852 with a degree in geography. [6] At Yale he was a classmate of Andrew Dickson White,who would later serve as first president of Cornell University. The two were members of the Skull and Bones secret society,and traveled to Europe together after graduation and remained lifelong friends. Gilman was also a member of the Alpha Delta Phi fraternity. Gilman would later co-found the Russell Trust Association,the foundation behind Skull and Bones. After serving as attaché of the United States legation at St. Petersburg,Russia from 1853 to 1855,he returned to Yale and was active in planning and raising funds for the founding of Sheffield Scientific School. Gilman contemplated going into the ministry,and even took out a license to preach,but later settled on a career in education. [7]

From 1856 to 1865 Gilman served as librarian of Yale College,and was also concerned with improving the New Haven public school system. When the Civil War broke out,Gilman became the recruiting sergeant for the Norton Cadets,a group of Yale graduates and faculty who drilled on the New Haven Green under the oversight of Yale professor William Augustus Norton. In 1863,Gilman was appointed professor of geography at the Sheffield Scientific School,and became secretary and librarian as well in 1866. Having been passed over for the presidency of Yale,for which post Gilman was said to have been the favorite of the younger faculty,he resigned these posts in 1872 to become the third president of the newly organized University of California,Berkeley. [7] His work there was hampered by the state legislature,and in 1875 Gilman accepted the offer to establish and become first president of Johns Hopkins University.

Before being formally installed as president in 1876,he spent a year studying university organization and selecting an outstanding staff of teachers and scholars. His formal inauguration,on 22 February 1876,has become Hopkins' Commemoration Day,the day on which many university presidents have chosen to be installed in office. Among the legendary educators he assembled to teach at Johns Hopkins were classicist Basil Lanneau Gildersleeve,mathematician James Joseph Sylvester,historian Herbert Baxter Adams and chemist Ira Remsen.

In 1876,Gilman was elected as a member to the American Philosophical Society. [8]

Gilman's primary interest was in fostering advanced instruction and research,and as president he developed the first American graduate university in the German tradition. The aim of the modern research university,said Gilman,was to "extend,even by minute accretions,the realm of knowledge" [9] At his inaugural address at Hopkins,Gilman asked:"What are we aiming at?" The answer,he said,was "the encouragement of research and the advancement of individual scholars,who by their excellence will advance the sciences they pursue,and the society where they dwell."

In 1884,Gilman was elected a member of the American Antiquarian Society. [10]

Gilman was also active in founding Johns Hopkins Hospital (1889) and Johns Hopkins Medical School (1893). He founded and was for many years president of the Charity Organization of Baltimore,and in 1897 he served on the commission to draft a new charter for Baltimore. [11] From 1896 to 1897,he was a member of the commission to settle the boundary line between Venezuela and British Guiana. [11]

Gilman served as a trustee of the John F. Slater [12] and Peabody education funds and as a member of John D. Rockefeller's General Education Board. In this capacity,he became active in the promotion of education in the southern United States. He was also president of the National Civil Service Reform League (1901–1907) and the American Oriental Society (1893–1906),vice president of the Archaeological Institute of America,and executive officer of the Maryland Geological Survey. [13] He retired from Johns Hopkins in 1901,but accepted the presidency (1902–1904) of the newly founded Carnegie Institution of Washington. [14]

His books include biographies of James Monroe (1883) and James Dwight Dana,a collection of addresses entitled University Problems (1898),and The Launching of a University (1906).

The original academic building on the Homewood campus of the Johns Hopkins University,Gilman Hall,is named in his honor. In 1897,he helped found a preparatory school called 'The Country School for Boys' on the Johns Hopkins campus. Upon relocation in 1910,it was renamed in his honor and today,the Gilman School continues to be regarded among the nation's elite private boys' schools.

On the University of California,Berkeley campus,Gilman Hall,also named in his honor,is the oldest building of the College of Chemistry and a National Historic Chemical Landmark. Named for Gilman as well is Gilman Street in Berkeley. Gilman Drive,which passes through the University of California,San Diego campus in La Jolla,CA is also named for Gilman. The Daniel Coit Gilman Summer House,in Maine,was declared a U.S. National Historic Landmark in 1965. [15] Gilman High School in Northeast Harbor,Maine,was named for Daniel Coit Gilman,who was active in local educational affairs,but it was later rebuilt and christened Mount Desert High School. 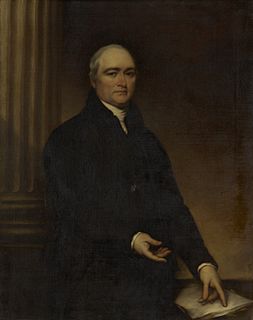 Timothy Dwight was an American academic and educator,a Congregationalist minister,theologian,and author. He was the eighth president of Yale College (1795–1817).

Basil Lanneau Gildersleeve was an American classical scholar. An author of numerous works,and founding editor of the American Journal of Philology,he has been credited with contributions to the syntax of Greek and Latin,and the history of Greek literature.

Benjamin Silliman was an early American chemist and science educator. He was one of the first American professors of science,at Yale College,the first person to use the process of fractional distillation in America,and a founder of the American Journal of Science,the oldest continuously published scientific journal in the United States.

Timothy Dwight V was an American academic,educator,Congregational minister,and President of Yale University (1886–1898). During his years as the school's president,Yale's schools first organized as a university. His grandfather was Timothy Dwight IV,who served as President of Yale College ninety years before his grandson's tenure.

The Russell Trust Association is the business name for the New Haven,Connecticut-based Skull and Bones society,incorporated in 1856. 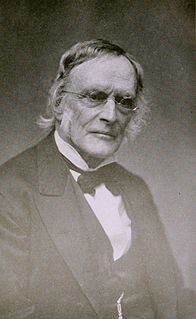 Theodore Dwight Woolsey was an American academic,author and President of Yale College from 1846 through 1871. 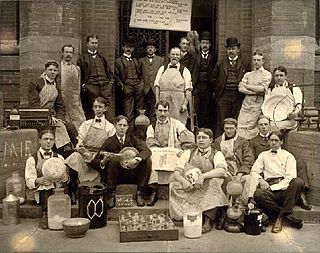 Sheffield Scientific School was founded in 1847 as a school of Yale College in New Haven,Connecticut,for instruction in science and engineering. Originally named the Yale Scientific School,it was renamed in 1861 in honor of Joseph E. Sheffield,a railroad executive. The school was incorporated in 1871. The Sheffield Scientific School helped establish the model for the transition of U.S. higher education from a classical model to one which incorporated both the sciences and the liberal arts. Following World War I,however,its curriculum gradually became completely integrated with Yale College. "The Sheff" ceased to function as a separate entity in 1956. 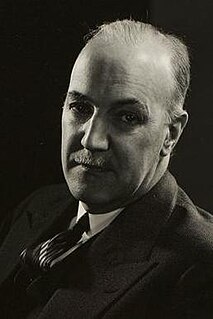 Charles Seymour was an American academic,historian and President of Yale University from 1937 to 1951. As an academic administrator,he was instrumental in establishing Yale's residential college system. His writing focused on the diplomatic history of World War I. 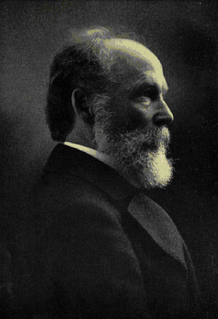 Moses Coit Tyler was an American author and professor of American history. 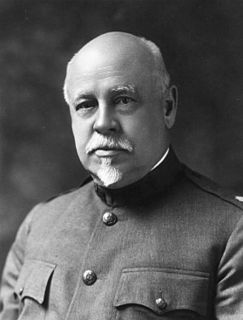 William Henry Welch was an American physician,pathologist,bacteriologist,and medical school administrator. He was one of the "Big Four" founding professors at the Johns Hopkins Hospital. He was the first dean of the Johns Hopkins School of Medicine and was also the founder of the Johns Hopkins School of Hygiene and Public Health,the first school of public health in the country. Welch was more known for his cogent summations of current scientific work,than his own scientific research. The Johns Hopkins medical school library is also named after Welch. In his lifetime,he was called the "Dean of American Medicine" and received various awards and honors throughout his lifetime,and posthumously.

John Ferguson Weir (1841–1926) was an American painter,sculptor,writer,and educator. He was a son of painter Robert Walter Weir,long-time professor of drawing at the Military Academy at West Point. His younger brother,J. Alden Weir,also became a well-known artist who painted in the style of American Impressionism. His niece was artist and educator Irene Weir. 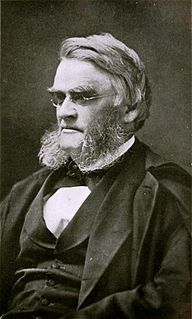 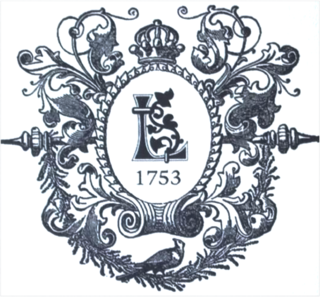 Linonia is a literary and debating society founded in 1753 at Yale University. It is one of the university's oldest secret societies.

Daniel Coit Gilman Summer House,also known as Over Edge,is a historic house on Huntington Lane,a private road off Huntington Road in Northeast Harbor,Maine. It was designated a National Historic Landmark in 1965 for its association with Daniel Coit Gilman (1831–1908),the president of Johns Hopkins University and a leading advocate of graduate education in the United States. The house is still used as a private summer residence. 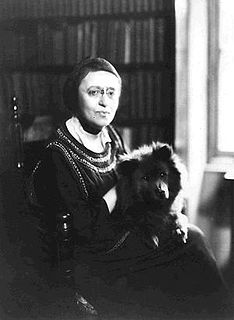 The Homewood Campus is the main academic and administrative center of the Johns Hopkins University. It is located at 3400 North Charles Street in Baltimore,Maryland. It houses the two major undergraduate schools:the Zanvyl Krieger School of Arts and Sciences and the Whiting School of Engineering. 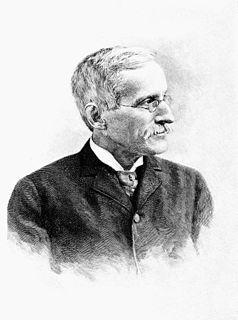 The Dwight family of New England had many members who were military leaders,educators,jurists,authors,businessmen and clergy.

James Luce Kingsley was an American classical and biblical scholar.

Wikisource has original works by or about:
Daniel Coit Gilman
This page is based on this Wikipedia article
Text is available under the CC BY-SA 4.0 license; additional terms may apply.
Images, videos and audio are available under their respective licenses.