Daniel Cruger was born in Sunbury, Northumberland County, Pennsylvania. He was the son of Daniel Cruger, Sr. and Elizabeth (née Wheaton) Cruger. He graduated from Georgetown University in 1802. He married twice. His first wife, Hannah (née Clement) Cruger, died in 1831. His second wife, Lydia Boggs Shepherd, was the wealthy widow of Moses Sheperd, a relation of the prominent Virginia Duke Family, who was a man contractor of the National Road. They married on July 16, 1833 in Ohio County, Virginia (now West Virginia).

Cruger learned the printer's trade, and published the Owego Democrat in Owego, New York. He studied law, was admitted to the bar in 1805, and commenced practice in Bath, New York. Cruger served as a major in the War of 1812.

He was a member from Allegany and Steuben Counties of the New York State Assembly from 1814 to 1816, and again from Steuben County in 1826. Cruger served as Speaker during 1816.

Cruger was elected as a Democratic-Republican to the Fifteenth Congress, and served from March 4, 1817 to March 3, 1819.

Daniel Cruger is buried at the Stone Church Cemetery in Wheeling, West Virginia.

Owego is a village in and the county seat of Tioga County, New York, United States. The population was 3,896 at the 2010 census. It is part of the Binghamton Metropolitan Statistical Area. The name is derived from the Iroquois word Ahwaga, meaning where the valley widens.

Joseph Ellis Johnson was a farmer, businessman and politician who served as United States Representative and became the 32nd Governor of Virginia from 1852 to 1856, the first Virginia governor to be popularly elected as well as the only Virginia governor from west of Appalachian mountains. During the American Civil War, he sympathized with the Confederacy, but returned to what had become West Virginia for his final years. 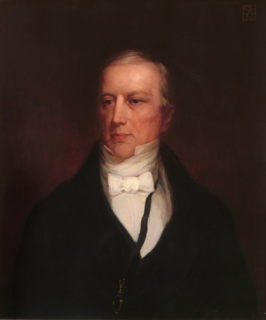 Peter Godwin Van Winkle was an American lawyer, businessman and politician. For many years a leading officer of the Northwestern Virginia Railroad, he became one of the founders of West Virginia and a United States Senator.

Thomas Jackson Oakley was a New York attorney, politician, and judge. He served as a United States Representative and as New York State Attorney General. Shepherd Hall is a historic house listed on the National Register of Historic Places in the city of Wheeling in the U.S. state of West Virginia. It is located in the Elm Grove area of Wheeling, Ohio County, West Virginia.

Herbert Wesley Cummings was a Democratic member of the U.S. House of Representatives from Pennsylvania.

John Vandling Lesher was a Democratic member of the U.S. House of Representatives from Pennsylvania.

Charles Wells Russell was a prominent Virginia lawyer and politician. He supported the Confederate States of America during the American Civil War, serving as one of Virginia's delegates to the Provisional Confederate Congress and then the First and Second Confederate Congresses, although his home area seceded from the Commonwealth and became West Virginia during that war.

William Lewis Dewart was a Democratic member of the U.S. House of Representatives from Pennsylvania.

Lewis Steenrod was a nineteenth-century politician and lawyer from Virginia, who helped secure Congressional authorization of the Wheeling Suspension Bridge but who later opposed secession of what became West Virginia months before his death.

Lewis Baker was the Democratic President of the West Virginia Senate from Ohio County and served from 1871 to 1872.

William Kennon Jr. was a lawyer, judge, and a U.S. Representative from Ohio.

William Beatty Rochester was an American lawyer and politician from New York.

Benjamin Louis Rosenbloom was a Jewish member of the United States House of Representatives from West Virginia.

Chester Dorman Hubbard was a two-term U.S. Representative from West Virginia, who previously served in the Virginia General Assembly and Virginia Secession Convention of 1861 before the American Civil War and who helped found the state of West Virginia.

Andrew Charles Schiffler was a Republican United States Representative and attorney from West Virginia. He was born in Wheeling. He served in the Seventy-sixth Congress ; and the Seventy-eighth Congress. He died March 27, 1970. 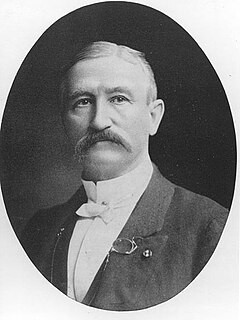