Clare was appointed commander of a newly raised regiment of foot, Clare's Regiment of Foot, an Irish regiment in the Dutch States Army, on 8 August 1674. He was replaced within twelve months by Sir John Fenwick. From July 1751 this regiment was known as the 5th Regiment of Foot.

The Dutch States Army was the army of the Dutch Republic. It was usually called this, because it was formally the army of the States-General of the Netherlands, the sovereign power of that federal republic. This mercenary army was brought to such a size and state of readiness that it was able to hold its own against the armies of the major European powers of the extended 17th century, Habsburg Spain and the France of Louis XIV, despite the fact that these powers possessed far larger military resources than the Republic. It played a major role in the Eighty Years' War and in the wars of the Grand Alliance with France after 1672.

During the War of the Two Kings, Clare served with the Jacobite Irish Army loyal to James II. He was the commander of Clare's Dragoons regiment which he led against William of Orange at the Battle of the Boyne and later exile in France as part of the Flight of the Wild Geese. He married Philadelphia Lennard, sister of the Earl of Sussex, and together they had three children: 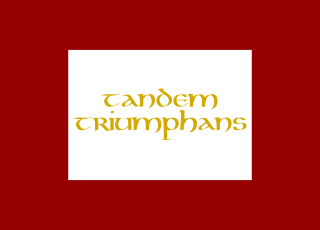 Jacobitism is the name of the political movement in Great Britain and Ireland that aims to restore the House of Stuart to the thrones of England, Scotland, and Ireland. The movement is named after Jacobus, the Latin form of James.

The Clare's Regiment, later known as Clare's Dragoons, was initially named O'Brien's Regiment after its originator Daniel O'Brien, 3rd Viscount Clare raised a mounted dragoon regiment during the Jacobite war. When Clare’s Dragoons left Limerick with the Flight of the Wild Geese they became a regiment of infantry. Clare's Dragoons remained loyal to the dethroned James II of England and fought against the army of William III of England, during the Williamite War in Ireland.

Charles O'Brien, 5th Viscount Clare (1673–1706) was the son of Daniel O'Brien, 3rd Viscount Clare and Philadelphia Lennard. He married Charlotte Bulkeley, daughter of Henry Bulkeley and Sophia Stuart, on 9 January 1696, at Saint-Germain-en-Laye, France. Henry Bulkeley was the "Master of the Household" for Kings Charles II and James II.

Kilshanny is a village and a civil parish in west County Clare, Ireland.

Viscount Clare was a title in the Peerage of Ireland, created twice.

Earl of Thomond was an hereditary title in the Peerage of Ireland. It was created twice for the O'Brien dynasty which was an ancient Irish sept native to north Munster.

The Irish military diaspora refers to the many people of either Irish birth or extraction who have served in overseas military forces, regardless of rank, duration of service, or success.

Richard Ford William Lambart, 7th Earl of Cavan, styled Viscount Kilcoursie from 1772 to 1778, was a British military commander throughout the Napoleonic era and beyond.

Connor O'Brien, 3rd Earl of Thomond, called Groibleach, grandson of Conor O'Brien ; succeeded to the earldom, 1553; his right to the lordship of Thomond was disputed by his uncle, Donnell; confirmed in his possessions by Thomas Radclyffe, 3rd Earl of Sussex in 1558, who proclaimed his uncles traitors, though peace was not established until 1565. He intrigued with Fitzgerald in 1569, and fled to France; returned to Ireland and received pardon, 1571, with the restoration of his lands, 1573.

Donogh O'Brien, 4th Earl of Thomond and Baron of Ibrickan was an Irish nobleman and soldier noted for his loyalty to the Kingdom of Ireland. His long-term objective, achieved after decades, was to obtain an official acknowledgment that County Clare, where his possessions were situated, was part of the province of Munster, to free it from the jurisdiction of the Connaught government under which it had been placed.

Donough Edward Foster O'Brien, 16th Baron Inchiquin was the holder of a hereditary peerage in the Peerage of Ireland, as well as Chief of the Name of O'Brien and Prince of Thomond in the Gaelic Irish nobility.

Daniel O'Brien, 1st Viscount Clare (1577?–1663) was an Irish politician and soldier. He was the younger son of Connor O'Brien, 3rd Earl of Thomond and Una O'Brien.

Charles O'Brien, titular Earl of Thomond and Viscount Clare (1757-1774) was a Franco-Irish nobleman.

The O'Brien dynasty is a royal and noble house founded in the 10th century by Brian Boru of the Dál gCais or Dalcassians. After becoming King of Munster, through conquest he established himself as Ard Rí na hÉireann. Brian's descendants thus carried the name Ó Briain, continuing to rule the Kingdom of Munster until the 12th century where their territory had shrunk to the Kingdom of Thomond which they would hold for just under five centuries.

Ulick Burke, 1st Viscount Galway (1670-1691) was an Irish soldier who died at the Battle of Aughrim while fighting for the Jacobite cause during the Williamite War in Ireland.