Daniel Pierce Thompson (October 1,1795 – June 6,1868) was an American author and lawyer who served as Vermont Secretary of State and was New England's most famous novelist prior to Nathaniel Hawthorne. [1]

Daniel P. Thompson was born in Charlestown,Massachusetts on October 1,1795 and moved to Vermont with his family in 1800. [2] He was raised in Berlin,Vermont,and graduated from Middlebury College in 1820. He then moved to Virginia,where he taught school,studied law,and attained admission to the bar before returning to Vermont to become an attorney in Montpelier. [3] [4]

Thompson was active in the Democratic Party before moving to the Liberty Party and becoming involved in the abolition movement. From 1849 to 1856 he edited the anti-slavery Green Mountain Freeman newspaper. [6]

After having been affiliated with the Whig Party,he joined the Republican Party at its founding in the 1850s. [12]

Influenced by James Fenimore Cooper and Walter Scott,he wrote historical adventure and romance novels,many of which feature life in Vermont.

In 1835 he authored May Martin,or the Money Diggers. Its favorable reception established his popularity,and he specialized in Vermont during the Colonial and Revolutionary War eras.

Thompson also authored 1859's History of the Town of Montpelier.

New England's most famous novelist of the 1840s and 1850s,Thompson's work was responsible for imprinting the story of Ethan Allen and the Green Mountain Boys in the public's consciousness. [13] His ability to tell action and adventure stories plainly and quickly made his novels popular well into the 1900s,and many of his books are still in print.

William Upham was an American attorney and politician from Montpelier,Vermont. He was most notable for his service as a United States senator from Vermont.

William Hebard was an American attorney and politician from Vermont. He served in several elected offices,and was most notable for representing Vermont in the United States House of Representatives for two terms (1849-1853).

Alvah Sabin was an American politician and clergyman. He served as a United States representative from Vermont.

Eliakim "E. P. Walton" Persons Walton was an American journalist,editor and politician. He served as a U.S. Representative from Vermont.

Silas H. Hodges was a Vermont attorney,clergyman and politician who served as State Auditor and Commissioner of the U.S. Patent Office.

Jeptha Bradley was a mid-1800s Vermont political figure who served in several elected and appointed offices,including Vermont Auditor of Accounts. 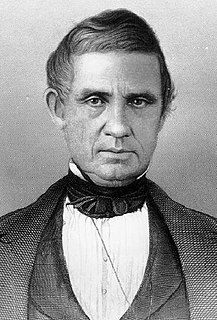 Waitstill R. Ranney was a Vermont doctor and politician who served as 13th lieutenant governor of Vermont from 1841 to 1843.

Robert Pierpoint was a Vermont politician and lawyer who served as 16th lieutenant governor of Vermont from 1848 to 1850.

Leonard Sargeant was a Vermont politician and lawyer who served as the 15th lieutenant governor of Vermont from 1846 to 1848.

David Fay was a Vermont judge and militia officer who served on the Vermont Supreme Court and as Adjutant General of the Vermont Militia.

Augustine Clarke was a Vermont attorney,banker and politician who was a leader of the Anti-Masonic Party and served as Vermont State Treasurer.

Abby Maria Hemenway was an American teacher,author and historian from the state of Vermont. 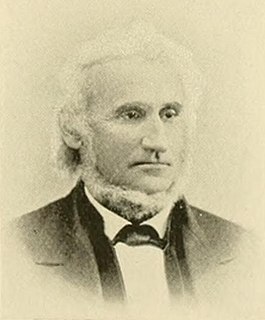 John Pierpoint was a Vermont attorney and judge. He served as a justice of the Vermont Supreme Court from 1857 until his death,and was Chief Justice beginning in 1865.

Nicholas Baylies was a Vermont lawyer,politician,and judge. He served as a justice of the Vermont Supreme Court from 1831 to 1833.

John Spaulding was a Montpelier,Vermont businessman who served as Vermont State Treasurer.

Henry M. Bates was a Vermont banker and politician who served as Vermont State Treasurer for six years.

Timothy Merrill was an American lawyer and politician who served as Secretary of State of Vermont.

William Weston was an attorney and politician in Burlington,Vermont,and Brooklyn,New York. He served in several local and state offices,and is most notable for his service as a member of the Vermont Senate in the 1850s.

Charles Linsley was a Vermont lawyer and politician. The son-in-law of Daniel Chipman,he was notable for his service as United States Attorney for the District of Vermont (1845-1849),member of the Vermont House of Representatives (1858-1859),and U.S. Collector of Customs for Vermont (1860-1861).

George W. Barker was an American businessman and public official in Vermont and Wisconsin. He was notable for his service as United States Marshal for the District of Vermont (1835-1837),Sheriff of Washington County,Vermont (1843-1845),and Judge of Manitowoc County,Wisconsin (1864-1869).